Feel the breeze in the luxurious Buick Cascada 2017 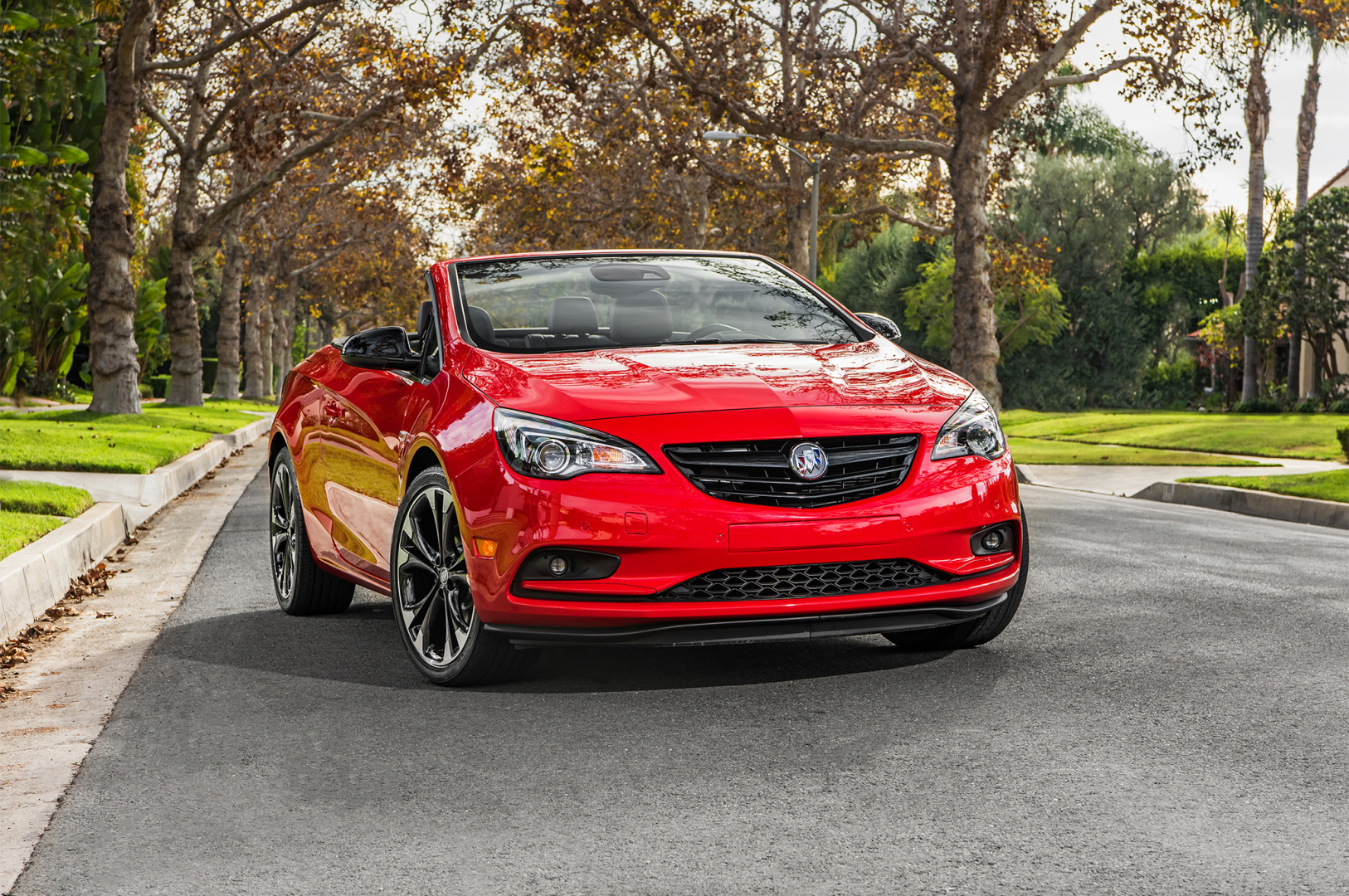 When Buick introduced its Cascada last year, it was the brand’s first convertible in 25 years. This writer first laid eyes on the luxury coupe during a Super Bowl 50 “Experience the New Buick” commercial. I test drove a couple of Buicks, a Regal and an Enclave, prior, during a local drive-for-a-day campaign hosted by Jim Ellis […] Although Beyoncé’s newest song “Formation” caused tons of controversy, especially after she performed at Super Bowl 50, all the publicity seems to have paid off. It’s been reported that not only has her upcoming tour already grossed $100 million, but she will strike while the iron’s hot and release two albums this year. When the […] [jwplatform 55UmeKns] After host of the “Tomi” show, Tomi Lahren, criticized Beyoncé for using the Super Bowl to acknowledge a group that tried to “overthrow White domination,” Charlamagne Tha God gave her Donkey of the Day on Power 105.1’s “The Breakfast Club.” She invited him to her show to debate their differences. To celebrate the 50th anniversary of the Black Panther Party’s establishment, Independent Lens on PBS is airing a documentary that will delve into the ins and outs of the Panthers’ era. Stanley Nelson’s The Black Panthers: Vanguard of the Revolution was first released in September of 2015, but now, thanks to the significant milestone and […] Beyoncé has the world talking about her surprising performance Sunday night at Super Bowl 50. But before the proud mother went onstage, she set aside time on the football field with her daughter, Blue Ivy. Not only was the 4-year-old just featured in her mom’s new music video the day before the big show, but […] Pepsi kicked off Black History Month with #TheRecipe, a month long celebration in partnership with the NFL highlighting players, celebrities and local champions for their achievements on and off the field. Terrence J, Angela Simmons served as hosts for the brunch with a live performance from Miguel and DJ D-Nice on the 1s and 2s […] Relive the magic of the Super Bowl performance that inspired Beyonce It wasn’t hard to spot the moment Beyonce hit the field for her Super Bowl 50 performance. Queen Bee was paying homage to the King of Pop by wearing a military-inspired jacket that looked just like the one the late Michael Jackson donned for his Super Bowl performance in 1993. Check out his performance here. Leave it up to Beyoncé to parlay a song and video release into a world tour. For those that have been under a rock for the last day or so, in under 24 hours Queen Bey dropped a new single and video called “Formation,” then performed the song in all its unadulterated blackness on the world’s […] With Super Bowl 50 just hours away, stars are weighing in on who they predict will win the big game. Recently, E! caught up with some of reality TV’s biggest stars from “WAGS” to the “Real Housewives,” all who put in their bids. “Denver defense is the best but its Cam Newton’s year. Manning passes the […] Game day is here. As you prepare to gather with friends and family around the big screen, make sure you have some great grub on deck to make the celebration complete. While the thought of putting together an all-star spread can be nerve racking, it is actually easier than you may think. Simple recipes featuring […] It’s that time of year again. On Feb. 7, the Denver Broncos go head-to-head against the Carolina Panthers (and Cam Newton’s zebra pants) in Super Bowl 50. It goes down in Santa Clara, California, home of the new Levi’s Stadium and the San Francisco 49ers. With the big game just days away, it’s time to begin prepping […] [jwplatform 6FSh17tE] It’s been five years since MINI’s premier Super Bowl commercial and they’re back for round two this Super Bowl 50, Sunday, Feb. 7, 2016. This year, the automaker is bringing along tennis star Serena Williams for the ride. In the 30-second spot, Williams explains how negative labels have driven her success and how she’s worked to #DefyLabels. For […] [jwplatform KvmO6vfY] Don’t waste your time calling T-Pain “ghetto,” “talentless” or “a gimmick” because those words are simply going to roll of his shoulders. He joins MINI USA for their #DefyLabels campaign in time for Super Bowl Sunday 50. The Carolina Panthers players have rhythm. Cam Newton put the Atlanta dance, the ‘Dab,’ on the world map. It’s the height of excitement in anticipation of this Sunday’s 50th Super Bowl which will be held in Santa Clara, California. During the filming of the commercial for the 2016 GMC Yukon Denali, Carolina Panthers’ cornerback Josh Norman and running […] The start of a new collective identity for the African American community will require us to be confident. We must resurrect the teachings of Malcolm X, Booker T. Washington, Martin Luther King Jr. and W.E.B. Du Bois, and reflect on President Barack Obama and many other progressive African American leaders whose individual contributions unify us […]