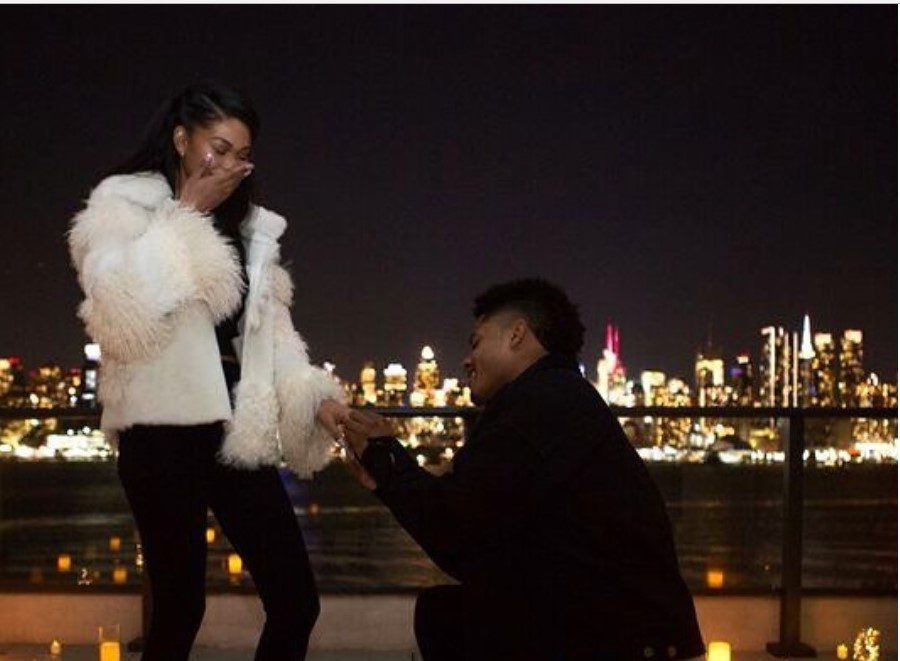 Congratulations are in order for supermodel Chanel Iman, as news has spread like wildfire across the net that she and her New York Giants boyfriend, Sterling Shepard, are now engaged. The 27-year-old model revealed the news to the world last night on her Instagram page when she posted a photo of her and Shepard in […]

It’s a new generation and Naomi Campbell is proud of those who are making a mark on runways and social media. “I think they’re great. I know all of these young girls, Instagram girls, and they’re all really respectful and sweet. “If I can ever help them, it’s a pleasure for me to do that. I’ve helped […]

According to recent reports, supermodel Naomi Campbell and Russian boyfriend Vladimir Doronin have decided to take a break. After 5 years with her Russian billionaire boyfriend Doronin, who also happens to be married to his wife, Ekaterina, the two have been spending quite a lot of time apart as Campbell’s career continues to soar with […]

Model Chanel Iman covers the latest issue of Galore Magazine, highlighting “Women Who Rock.” Iman keeps it simple and sexy with a 70’s glam-inspired photoshoot with photographer Ellen Von Unwerth. Click to continue for all of her steamy pics. – ruthie hawkins

Naomi Campbell always looks fierce when she hits a red carpet. She did just that when she attended the Essence Black Women in Hollywood luncheon. She knew she was being honored, so she pulled out all the stops by wearing a designer Azzedine Alaïa flared beige knit dress and some show stopping Azzedine Alaïa white cage […]

Known as one of the world’s top supermodels, with a net worth of more than $48 million, it is no wonder that Naomi Campbell has bagged many a millionaires herself. With her new found success on Oxygen’s new modeling competition, “The Face,” hosted by Nigel Barker (and what some are calling a face-off to Tyra’s […]

Some of these fresh faces were born male! Can you guess? Take a look.

The 10 sexiest ‘Sports Illustrated’ models of all time

Let’s take a look back at the 10 sexiest Sports Illustrated swimsuit models of all time.

Tyra Banks a ‘Horror’ Without Makeup?

“We know for sure who WON’T be America’s Next Top Model!”