Chris Brown tests his fans’ loyalty by doing the unthinkable 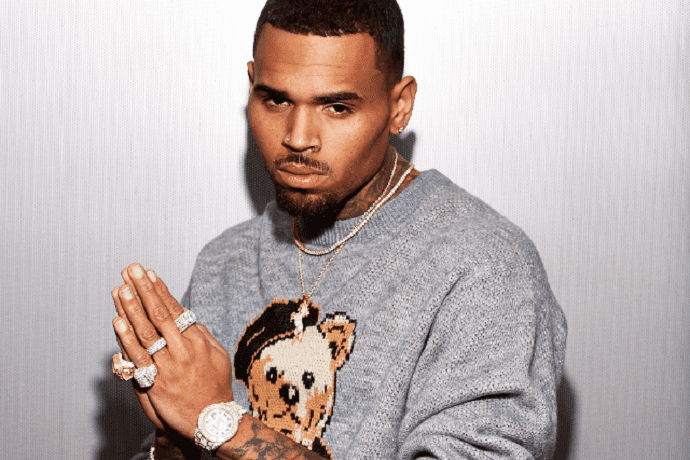 So, did you have any plans today? If you’re a card-carrying member of Team Breezy, then those plans have undoubtedly changed thanks to an overnight music dump by Chris Brown. Bordering on the realm of the unthinkable, the enigmatic artist released Heartbreak on a Full Moon, a sprawling 45-song offering, clearly designed with his most loyal […]

Chris Brown is notorious for ducking photos on the red carpet. Click here if you missed it, but this year he was seen posing for photos at the 2014 VMA’s yesterday wearing an Alexander McQueen black zipper trim bomber jacket and Pierre Hardy sneakers. As he posed for photos, he also spoke to fans and shook a […]

Though she reportedly dumped Chris Brown for texting another woman, Karrueche Tran was the first thing on Brown’s mind as he placed a late night phone call from jail. Last night, Tran shared a short voice mail clip from Breezy to his fans via Instagram… “Just calling all of my fans. Thank you, I love […]

Cop who released photo of Rihanna’s battered face is fired

The former police officer who leaked the photo depicting Rihanna’s battered face after she was attacked by Chris Brown had her firing upheld in court, a judge ruled Thursday. Former Los Angeles police officer Rebecca Reyes took a picture of an evidence photo and the image ended up on celebrity website TMZ. Reyes continues to […]

The Los Angeles judge who presided over the Rihanna beating case has just revoked Chris Brown’s probation and he may be staring at serious prison time, according to reports. The L.A. County Probation Department had launched an investigation stemming from Brown’s arrest in October for allegedly assaulting a fan in Washington, D.C. They forwarded their […]

Says New Friends Made Him A Disrespectful Thug Chris Brown’s is certain that his friends are a bunch of disrespectful scumbags who got him hooked on drugs and turned him into a thug. Breezy and his mom have had a turbulent relationship that goes back many years and came to light when he threw a rock […]

As most of you know by now, infamous malcontent Chris Brown was booted from an anger management rehabilitation facility this month after hurling a rock through his own mother’s car window during a family session, his probation officer reported Wednesday. This came after Breezy’s mom tried to persuade the talented but immensely troubled singer to remain […]

The strong breeze you just felt was the collective sigh from a legion of Chris Brown disciples over his latest felony arrest. Even the most ardent supporters have a breaking point. When word reached the streets (or rather social media) that Chris Brown was arrested for — take a wild guess — fighting at a […]

R&B bad boy Chris Brown swears that he did not lay hands on any woman, much less Deanna Gines, inside a suburban Los Angeles club last week which she has accused him. Gines claims to tmz.com that she was was in the VIP section of a nightclub that Brown was in Anaheim, Calif., in Orange […]

It looks like the drama over Chris Brown’s Billboard Music Awards performance just won’t end. After Brown dismissed some high-profile disses from P!nk and John Legend’s fiancée, Chrissy Teigen, for lip-syncing on stage, Brown is now trying to stop his fans from sending death threats to Teigen. What exactly sent Team Breezy over the edge? […]