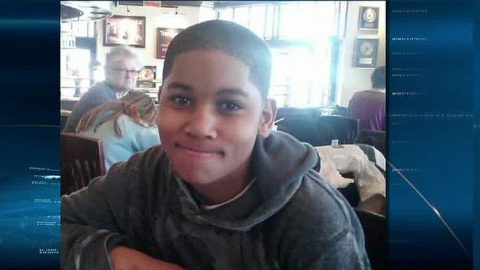 The family of Tamir Rice asked the Justice Department on Friday, April 16, to reopen the investigation into the death of the 12-year-old, who was shot and killed by Cleveland police in 2014. The case was closed during the end of the Trump administration and in late 2020, federal prosecutors said they would not bring […] A little more than a month after the family of Tamir Rice was distastefully hit with an Emergency Medical Services (EMS) bill in the wake of his being shot and killed by Cleveland Police Oficer Timothy Loehmann, comes the news that the city’s EMS captain has been relieved of his duties after making disparaging remarks […] The trial for the police officer who fatally shot 12-year-old Tamir Rice for playing with a toy gun is off to a bad start. The defense team for officer Timothy Loehmann is pulling out expert witnesses who are doing their best to prove that the shooting of the unarmed child was justifiable and reasonable. At issue is […]

It has taken over eight months but the investigation into the shooting of 12-year-old Tamir Rice by a White Cleveland police officer has been completed. Now it will be up to Cuyahoga County Prosecutor Tim McGinty to ask a grand jury to bring criminal charges. “In accordance with our office policy, we will review the investigation, […]

If a person ever wondered whether or not Cleveland police have any empathy for the killing of a Black child by one of its officers, the answer is an emphatic no. The nation was shocked when Tamir Rice, an unarmed 12-year-old boy, was gunned down by Cleveland Officer Timothy Loehmann. Rice was in the park playing […]