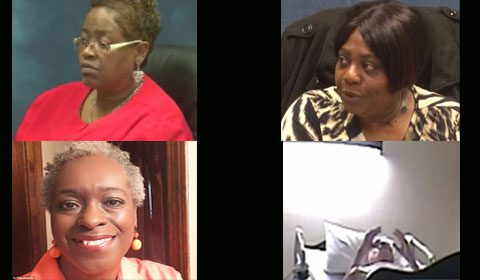 Three former nurses have been charged in the neglectful death of a WWII vet in their care at a Woodstock, Georgia, nursing home. Back in February 2014, James Dempsey, 89, died at Northeast Atlanta Health and Rehabilitation Center. According to the staff treating Dempsey at the time, he was in distress and they administered CPR […]

A homeless vet’s kindness results in $297K in GoFundMe donations 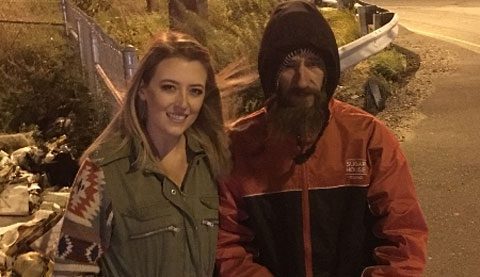 A simple act of kindness by a homeless veteran has changed his life forever and created a social media blessing after a GoFundMe campaign. Earlier this month, Kate McClure was traveling on I-95 in Pennsylvania when her car ran out of gas in a rough area of Philadelphia. She began to walk down the road to […]

This past Veteran’s Day, the story of Black veteran Ernest Walker, 47, of Cedar Hill, Texas went viral. Walker went to a local Chili’s restaurant in his uniform, accompanied by his service dog Barack for the annual free meal provided to vets by the restaurant. But an elderly White man wearing a Trump t-shirt questioned […]

Another viscous attack by youths on an innocent bystander has occurred in the nationwide knockout game phenomenon. Army veteran Matthew Robinson was riding public transportation in Cleveland, Ohio when he was surrounded by six to eight black youths.  During the attack, the gang shouted racial slurs of “cracker” and “Knock that white boy out” as […]

White Iraq War Vet Tells Black Youths Not to Use ‘N’ Word; They Beat Him Up

A white Iraq war vet was beaten up by a group of black youths who didn’t like being reprimanded about their unruly behavior on a city bus. Jim Hardie of Lacey, Wash., was riding the bus after a long day of searching for employment when a group of teens seated near him began referring to […]

Heat stroke and obesity are major problems for pets in the United States.