Warren Sapp tweets ‘Not Me Too,’ thought sex toy gifts were ‘cute’ 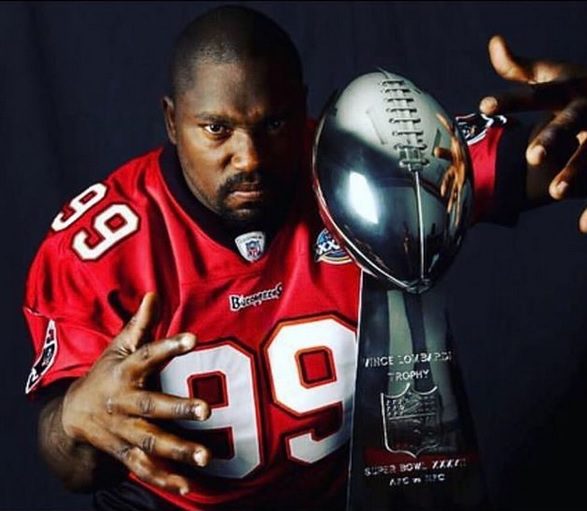 Warren Sapp isn’t helping his case much of proving innocence. The Football Hall of Fame defensive lineman was one of the seven former and current NFL Network employees accused of committing sexual harassment in a lawsuit earlier this week. After the initial reports, Sapp turned to Twitter to defend himself. #NotMeToo — Warren Sapp (@WarrenSapp) December […] 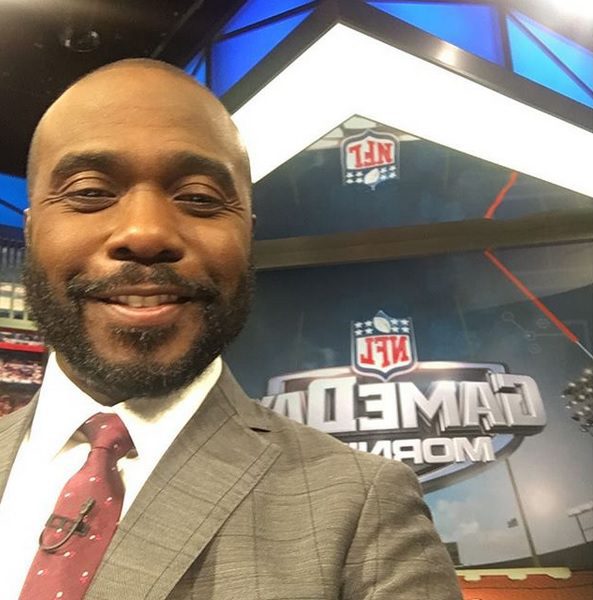 NFL Network has suspended three analysts amid new sexual harassment allegations that were filed back in October. Marshall Faulk, Ike Taylor, and Heath Evans have all been suspended from the network pending the investigation of the allegations, as first reported by Bloomberg‘s Scott Soshnick. Other former employees being accused include Donovan McNabb, Warren Sapp, and former […] Warren Sapp’s video proof he had sex with a prostitute, says ‘not guilty’ of assault Making it rain in his hotel room has caused quite a thunderstorm for former NFL star and shamed NFL Network sports analyst Warren Sapp, whose been dragged in media following the 2015 Super Bowl sex scandal. Sapp was arrested on Monday, Feb. 2, 2015 in Phoenix, Arizona for soliciting a prostitute and assault. It appears to be a […]

Warren Sapp shared details of his night with two prostates with police. According to The Arizona Republic, Sapp, 42, was arrested on the night after the Super Bowl in Arizona after two prostitutes accused him of assault. Sapp was staying at the Renaissance Hotel and decided to get drinks at the bar when he began […]

Warren Sapp is the latest sports analyst to lose his job after soliciting for sex. According to reports, Sapp’s issues began after he invited two prostitutes to his room after the Super Bowl. Apparently, Sapp, 42, had sex with the women and an argument occurred afterward. The women went to a police officer to report […]

At this point rapper and Maybach Music Group boss Rick Ross should be used to people calling him a liar. With his chosen stage name, the “Hustlin’” rapper has been in many people’s bull’s-eye since his 2005 debut. The latest person to call him into question is retired NFL great Warren Sapp. The Hall of […]

As if being forced to auction off his precious possessions and owing over $1 million to loan sharks was not enough, former University of Texas and NFL quarterback Vince Young has been corralled into filing for bankruptcy. After nearly a year of struggling to stay afloat, Young has filed a chapter 11 bankruptcy, according to the Houston […]

Celebrities who filed for bankruptcy

It’s hard to believe that a celebrity could blow through tens of millions of dollars in so little time, forcing them to file for bankruptcy and lose just about all of their belongings, but it happens! Unfortunately, for the following celebrities, money, fame and power combined with poor money management skills left them with no […]

Warren Sapp’s Windermere, Florida former mansion, was originally valued at $7 million. However, after being  in hot water with the bankruptcy court listing $6.45 million in assets and $6.7 million in debt, the home was put up for auction sale with an offer of $2.3 million by the creator of the Ab Roller, Brenda Dykgraff. Unfortunately, Dykgraff’s offer on […]

Shawty Lo got another woman pregnant?

As if Shawty Lo doesn’t have enough kids. The rapper and producer has his own reality show on the Oxygen network, “All My Babies’ Mamas,” that is based on the fact that he has 11 children with 10 different women. But, according to one prominent reporter, he may have another child on the way: According […]

Famous stars who went broke in 2012

Lindsay Lohan — She needed a half-mill from Charlie Sheen just to get caught up on her Los Angeles-area home and to pay on her taxes.

Recently, we reported that former Tampa Bay Buccaneers star Warren Sapp had filed for bankruptcy. Now he’s looking for a little sympathy from family court. According to TMZ… Sapp filed legal docs in Florida, requesting his child-support to Angela Sanders be decreased from $2,500 per month … because he’s fallen on hard financial times since […]

Like many other former players, Warren Sapp is having a difficult time adjusting to life after the NFL. the Super Bowl-winning defensive end has $6.7 million worth of debt and the IRS is knocking at his door. After being forced to give up his extensive Air Jordan sneaker collection, Sapp must now part ways with […]

Ever since Chad Johnson allegedly assaulted his wife, Evelyn Lozada, in a domestic dispute earlier this month, the disgraced footballer has become public enemy No. 1 and has watched his career crumble. But, in a surprising turn of events, someone is now blaming Lozada for the domestic dispute, and that someone is Johnson’s NFL buddy, […]

Gladys Knight may have been eliminated from the hit dance competition “Dancing With the Stars” this week, but the Empress of Soul has walked away with a prize all her own — a healthier, slimmer figure. In a recent interview with E! News, Knight revealed that during her month-and-a-half stint on “DWTS,” she shed an […]