Tyrese admits he lied about being broke, his wife’s condition, other things 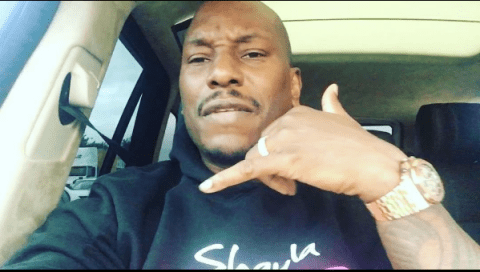 The ongoing soap opera that is Tyrese Gibson has added yet another profound twist to this never-ending drama. Before you suffer a detached retina rolling your eyes all over your head, this one posting is to get the record straight because Tyrese admits that he has lied about several very important things recently. In the […]

Move over Will Smith: 7 reasons we love Jada Pinkett Smith While it seems like everyone has sent Jada Pinkett Smith well wishes on her birthday. On Friday, Sept. 18, her hubby Will Smith took the cake. Taking to his Facebook account, the Focus actor shared a touching letter to his wife, featuring a throwback photo from Jada’s 24th birthday celebration at her mother, Adrienne Banfield-Jones’s […]

Tyrese takes on Dubai with Maxwell and Will Smith

It’s always nice to see celebs hanging out and enjoying life together instead of beefing. Tyrese kicked off his birthday celebration and NYE in Dubai with Maxwell and is now joined by Will and Jada Smith with Vin Deisel on the way. The crew has been skydiving, soaking up some sun on the beaches and […]

It’s not as glamorous as his 25,000 square foot California mega mansion; however, Will Smith’s 1,200 home away from home turns heads everywhere it goes. HGTV highlighted the Smith family’s two-story trailer, complete with a wardrobe room, granite counter tops and a 30-person sitting area with a 100 inch drop down TV. Can you say […]

Are Jada and Will Smith selling their beloved 150-acre compound due to divorce?

Will and Jada Smith are putting one of their most prized possessions on the market for sale sparking more rumors of separation. The couple custom built the 25,000 square foot adobe house back in 2011. Will says that the idea behind the house’s circular floor plan was “to create an infinite cycle that represented what […]

The daughter of Will and Jada Smith has definitely made a name for herself when it comes to fashion and hair. At 12 years old, Willow has had numerous of hairstyles and haircuts to express herself. The “Whip My Hair” singer loves to try daring new hairstyles as long as her parents approve, of course. […]

The fourth Sunday of July is recognized as National Parents’ Day. Back in 1994, former President Bill Clinton signed a joint resolution to name the day. Parenting is a full-time job and many celebrities are balancing the best of both worlds. Let’s take a moment to recognize some of the best celebrity parents in Hollywood.  […]

Celebrities  get to buy the most luxurious vehicles, travel to the most beautiful cities, swim in the most secluded beaches, dine in the most exclusive restaurants and shop in the most classy designer stores. At the end of the day, they still need to relax and unwind, and what better place to do that than […]

Will and Jada Pinkett Smith were in Paris last week enjoying the sights with the family.  The beautiful couple ended their trip with the European premiere of Men in Black 3  in Paris.  Take a look at Will and Jada‘s red carpet pictures.

Another Shakeup in the Will and Jada Pinkett Smith Camp

Jada Pinkett Smith’s hour-long medical drama, “HawthoRNe,” just got the ol’ ax from TNT. The network cited a sharp decline in viewership over this time last season, down to 2.4 million from 3.2 million. Viewers and former viewers cited via Facebook and Twitter the dark turn the show took with season three, which saw the […]