The “Soul Train” conductor has pulled out of the station.

“Soul Train” was the longest, first-run nationally syndicated program in television history. It was the brain child of Don Cornelius, who, in a nutshell, wanted to create an “American Bandstand” for blacks.

Cornelius was a brilliant salesman, and be it tires, or Pontiacs, he had the golden touch and the golden voice to sell anything he pitched. On a tip that he’d heard much throughout his adult years — “What a great voice, you belong on the radio”— Cornelius enrolled in broadcast school and began his illustrious broadcast career in radio, at WVON AM 1690, the “Talk of Chicago.” He was the swing man, the guy the station called when others fell ill.

Cornelius was ambitious and recalled that he would have given “a couple of fingers” to land a regular time slot.

“Whenever somebody took off or got sick, I was able to sit in and do the shows and that was like dying and going to heaven,” Cornelius said during the 40th Anniversary of Soul Train celebration held in Chicago. “I just wanted to be on radio, but in my heart I wanted to do music, and every chance I got I was in that control room, doing somebody’s show. When guys got sick, I was jamming … I wanted a regular time slot … and I started to hope that maybe, they didn’t get well soon.”

When he wasn’t in the studio, Cornelius was at local high schools with his traveling band of musicians to promote local talent shows. And, while traveling from school to school, Cornelius would quip that it was time for the Soul Train to make the next stop.

And indeed it was. The regular radio time slot never materialized, but WCIU television provided a new course for Cornelius’ pursuits — television.  WCIU hired Cornelius as a sports reporter, assigned to deliver sports from the black perspective. The former radio swing man excelled in the position, and told station owners about his idea for a show that fused music, fashion, and dance — a hip approach to black culture.

It would be Dick Clark’s (traditionally white) American Bandstand with soul. “I formatted it to be the radio show I always wanted to have,” Cornelius said in 1995. “It never really slows down or engages in discussion or long interviews. I started to interject some of the shtick I liked to use on radio. It came off kind of different for television, given what the eye and ear is used to.”

Cornelius was in his early twenties when “Soul Train” launched. The groundbreaking program revolutionized the entertainment industry and redefined a culture.

“Soul Train” didn’t dance its way to the top without challenges, however. The show launched in eight markets,and a full two years later it was in 25 television markets. Even then, Cornelius had to fight with station managers and programmers to get his show aired during decent time slots of the day.

In 1973, there was another Don on the scene, Don Kirschner, a well-connected, white music executive who also launched a musical television show, “Don Kirshner’s Rock Concert.” As Cornelius scrambled to keep his 25 “Soul Train” shows from airing during the graveyard shift in their various markets, Kirshner’s show launched in 100 markets during peak times effortlessly.  His selling point was that artists on “Rock Concert” did not lip synch, they gave full live concerts. By the way, The Rolling Stones and Led Zeppelin appeared on “Rock Concert.”

Cornelius struck back, using research and his selling skills to convince advertisers and station managers that “Soul Train” was designed as a Saturday afternoon show for young blacks and should air during that time slot in various “Chocolate Cities” — as he called them — throughout the nation.

“If a show like ‘Soul Train,’ which is the godmother and godfather of all black entertainment television …  cannot get on at a good time period in Chocolate City, obviously there’s a problem,” Cornelius said of the struggle.

Around the same time, Cornelius began to suffer throbbing headaches. Doctors found they were due to congenital malformation in blood vessels in his brain. In November, 1982, he underwent a 21-hour surgical procedure to correct the issue.

In 1983 a different headache arrived, this time it was MTV.

MTV officially launched in 1981, but became available in Los Angeles and New York two years later. Much like Cornelius’ “Soul Train,” MTV was an entire network dedicated to television programming with radio sensibilities. MTV launched with mainly white audiences and when ratings slumped, the network began incorporating diversity into its video line-up.

MTV was a behemoth, even back then, and the competition for young urban viewers got ugly as Cornelius complained of MTV allegedly booking talent and subsequently barring them from appearing on other shows.

For 23 years, Cornelius was the brand, conducting interviews and establishing the signature sign off for “Soul Train.” In 1993, he began using guest hosts, sensing the formula was dated, especially with the rise of MTV’s vee-jays.

Even as his health declined, Cornelius still had much to be proud of. His show had 37 years, and 1,100 hours of archival footage of some of the most significant musical performances in African American history. Everybody, from Al Green, Ike & Tina Turner, Marvin Gaye, Michael Jackson, Stevie Wonder, Whitney Houston,  Janet Jackson and Beyoncé — to name just a few — have been on the ‘Train.’

The self-made man that reinvented the way that we enjoy music, interact with our celebrities, and dance at parties (Soul Train line, anyone?) is gone, but his legacy lives.

Cornelius donated many artifacts from “Soul Train” to the Smithsonian’s National Museum of African American History and Culture last year, and thanks to technology, you’re only the click of a mouse away from hearing that golden-voice deliver his signature sign-off:

“I’m Don Cornelius, and as always in parting, we wish you love, peace and soooooouuuuullllllll.” 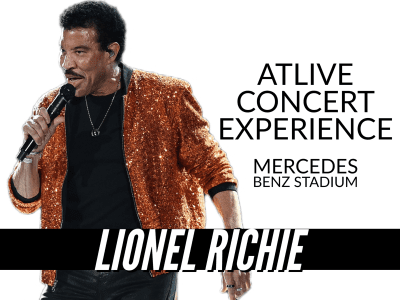