This summer marks the 50th anniversary of one of the most pivotal civil rights events to take place — Freedom Summer in Mississippi.

Led by Bob Moses and the Student Nonviolent Coordinating Committee, organized college students, mainly white, from above the Mason-Dixon Line partnered with young, black activists from the South, putting their lives on the line to fight for equality — in recognition of these efforts, PBS is airing a thorough documentary of the event tonight.

“Freedom Summer: American Experience,” debuting at 9 p.m. EST (8 p.m. CST) , recalls the summer of 1964, in which more than 700 student volunteers joined with Mississippi locals to stage a voter-registration drive, found Freedom Schools and form the Mississippi Freedom Democratic Party. Terry Gross of NPR recently interviewed the director, Stanley Nelson, who had this to say, “it was so dangerous, there was actually a list of some dos and don’ts that I found to be really fascinating. At night, don’t stand with your back at the door of a house with the lights on, don’t let people pass you on the highway — those kinds of things, which for me, as a filmmaker, showed visually the danger that was there.”

But before any buses rolled into Mississippi, activists Michael Schwerner, Andrew Goodman and James Chaney went missing and were later found in nearby Neshoba County. Although the murderers of these men were not convicted, their disappearances certainly brought national attentional to Freedom Summer.

Ironically, on the same day as the airing of the documentary, Mississippi voters will be going to the polls for a critical U.S. Senate runoff election.

Check out the trailer of the documentary here. 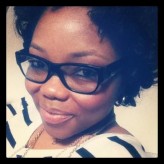