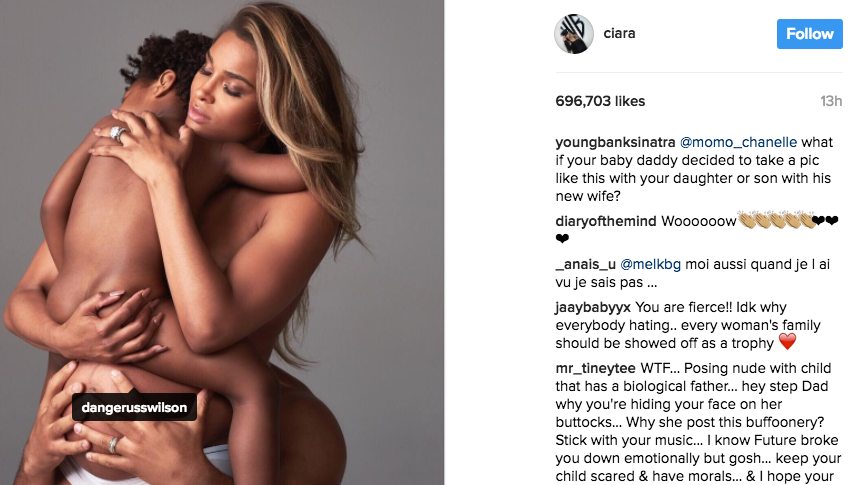 Ciara took social media by storm after photos of her Harper’s Bazaar spread were released. The photos are for a cover story that details her life as she balances motherhood and marriage.

However, Ciara is receiving backlash for a photo taken by Dani Brubaker. The questionable photo featured a semi-nude Ciara holding her fully nude son, baby Future. Russell Wilson’s hands are holding Ciara’s pregnant stomach while he kneels behind her.

Some believe the photo is inappropriate due to baby Future’s age, 2. Others view Ciara’s family photo as a work of art.

Ciara has yet to respond to the backlash on social media.

I saw nothing wrong with Ciara’s pic until I imagined my son in a pic like that ??

Ciara’s son is too old for them to both be hugging naked! Get that child abuse outta here!! ?

I thought that pic of Ciara and son with Russell’s hands hugging her tummy from the back was creepy, v weird for me