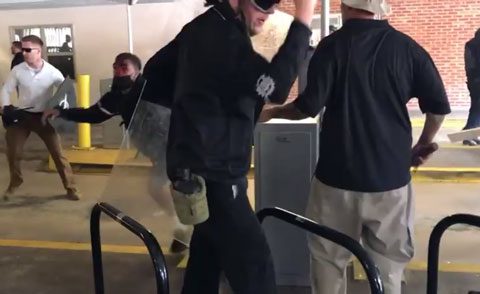 There was a horrific beating in Charlottesville, Virginia that was captured on video. A group of White racists surrounded and beat an unarmed Black man named Deandre Harris. Harris found himself surrounded by a group of racist bullies who punched, kicked and beat him with wooden boards and poles. While he was being beaten, there were no police officers around and media stood there and filmed the assault without interfering.

See the video below.