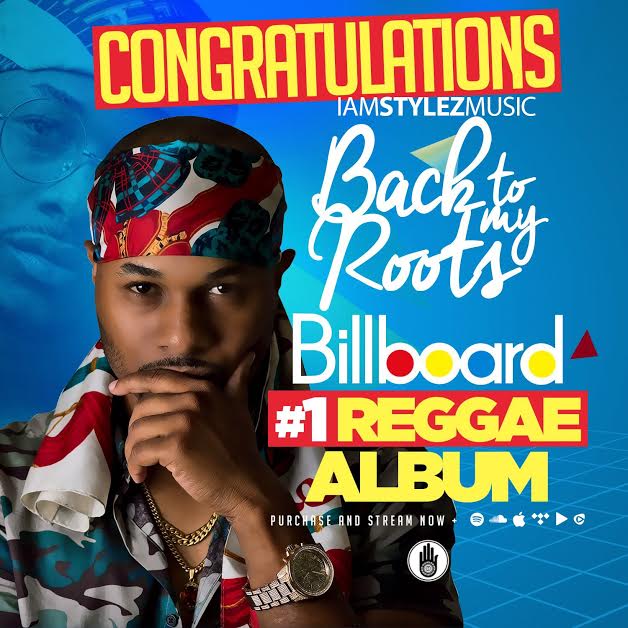 This summer has included a series of hits for IamStylezMusic, good fortune adding up as recognition for a lifetime of hard work and perseverance. In the past few months, several of his singles have charted, including several iTunes rankings, right up there with Damian Marley and Chronixx, other big names on the scene. Even more impressive, his new album Back to My Roots advanced to the No. 1 slot on Billboard.

It’s no surprise that his latest work has climbed to the top almost instantly, particularly given the achievements of the preorder online sales boosted by the sales of individual tracks and video campaigns. When IamStylezMusic released “Hey Mama Africa” and video it garnered a great deal of buzz just fresh off the tidal wave of excitement from “Tic Likkle” trending on social media. The amazing video content helps audiences connect with him while getting inspired to turn up the tunes and hit the dance floor.

As a reggae and dancehall writer, producer and performer IamStylezMusic has proven nonstop grinding, and networking is both increasingly vital to his success story.

The Caribbean market is made up of several specific music categories, but ultimately the island vibe is the underlying sound. That’s likely why he’s been compared to Sean Paul on several occasions, even to the extent that the current generation is calling for him to become the successor to the throne. IamStylezMusic has a modern take on the sound, a creative fusion that is catchy and fresh. All this energy has helped catapult him into the limelight in the U.S. while increasing visibility globally as seen by his growing fan base.