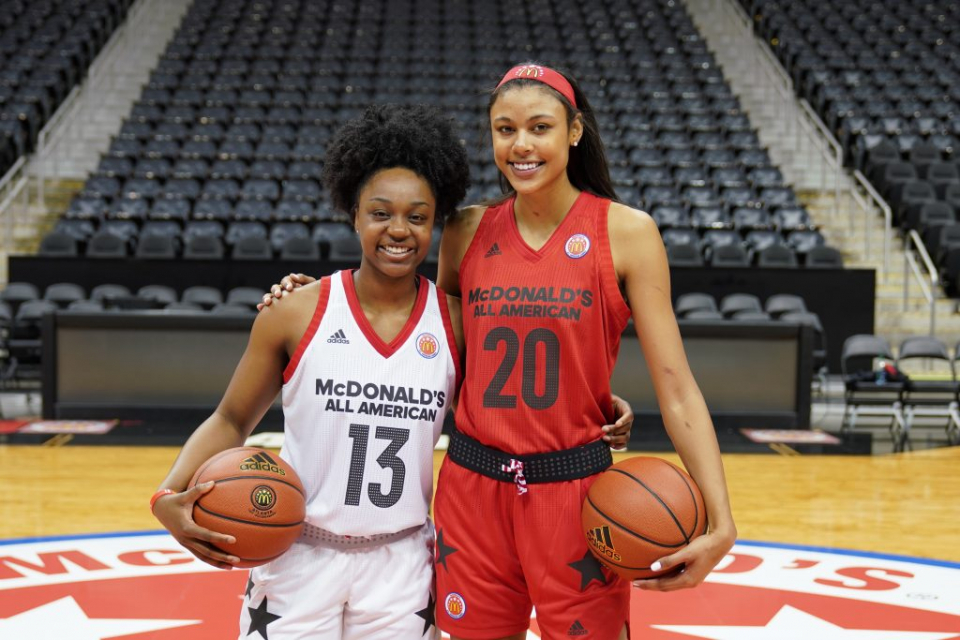 The 2018 McDonald’s All-American Game has come and gone. Three action-packed days filled with events give the casual basketball fan a chance to get a first look at the next generation of stars. Here are five things we learned over the week.

UCONN is here to stay.

Despite losing in the Final Four for the second season in a row, the last second-miscues won’t make UCONN just another great team as opposed to the greatest team ever because of the program’s losing star forward Gabby Williams and guard Kia Nurse. The No. 1 player in the nation, Christyn Williams, is headed to Connecticut and she looked every bit of her ranking during last Wednesday’s game. Williams can score in seemingly every way possible on offense, with an arsenal that looks like that of current NBA MVP candidate James Harden. Her freshman roommate isn’t too many slots below her in the rankings. No. 5 player Olivia Nelson-Ododa showed a knack for grabbing offensive boards and finishing through the contact in the paint during Wednesday’s game. With head coach Geno Auriemma developing those two players for the next four years, fans can expect more consecutive undefeated seasons from UCONN.

Nazreon Reid is a sleeper pick up by LSU.

Reid not only held his own but stood out among Wednesday’s players. The concern about his career far down the line, based solely on watching him in last week’s game, is that conditioning is going to be key for him. However, when looking at the type of career Demarcus Cousins’ has had, Reid’s athleticism will carry him a few more years than expected. Listed as a 6-foot-10, 240-pound prospect, Reid can not only defend, but handle the ball, shoot, and finish near the rim. Reid made the All-American first half look like any other game for the Tigers’ future “Diaper Dandy,” which is a nickname for an outstanding college basketball freshman.

Nassir Little is backing down to no one.

Little was not one of the more talked about players throughout the week. Despite the fact that he’s ranked in the top 10 nationally and participated in Monday night’s dunk competition, most eyes were on the new Duke Big 4, or maybe they were just staring at Quavo, who was on the hardwood for yet another game in Phillips Arena on Wednesday. Little didn’t get the attention he deserved before the game, but he certainly forced the public to take notice of him after a 28 point and five rebound-MVP night.

“Man, the clout has gone from 100 to infinity,” Little said before cracking a smile after his MVP performance. “I’m just on cloud nine right now. I’m just really excited, not just for me, but for my family, for my school, my city, my state — they were represented well.”

R.J. Barrett looks like he has an unhealthy amount of competitive spirit.

The No. 1 player in the nation and Duke commit treated Wednesday’s game like a championship. Between timeouts, besides the occasional and very quick glance at the jumbotron, Barrett had a look in his eye similar to that of Kobe Bryant during a game. He sprinted back on defense and was determined to make up every turnover at some point in the game. He’s aggressive, yet he has a certain poise and on-the-floor IQ of a professional.

Austin’s footwork proved why she’s the No. 3 ranked player. The Maryland commit also appeared to be one of the team’s leaders during last week’s festivities. Williamson is known for being the high schooler who became friends with Drake after giving consistent viral dunks every game. Williamson, however, proved to the public that his game goes beyond the rim. Williamson’s footwork resembles a more athletic Julius Randle, if you will. Williamson also took a few mid-range jumpers during Wednesday’s game. During the game’s media day on Tuesday, Williamson said sometimes it is difficult for him to be labeled just a dunker, because he averaged 30 points this season.