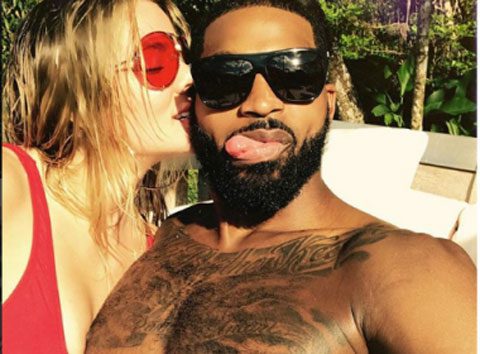 Reality star and supreme hypocrite Kim Kardashian went on national television and talked to Ellen Degeneres on her talk show about several things, one was her sister Khloe Kardashian’s humiliating and terribly-timed cheating scandal involving boyfriend Tristan Thompson just days before birthing to a child. The episode will air Monday.

When Degeneres pressed Kim to give her opinion on the matter, she, the woman who cheated on her last husband to be with her current husband, could not wait to adopt the victim role and suck up all the sympathy in the room.

“Like, I…I…it’s…I … We we’re really rooting for Khloe, and we still are, she’s so strong and she’s doing the best that she can,” Kim told Degeneres, milking the moment so hard that it could induce nausea. “It’s a really sad situation all over. I kinda made this rule with my brother. If there’s a baby involved, I’m gonna keep it cute, keep it classy and try not to talk too bad. I’m gonna try not to say anything too negative because one day True is gonna see this and … it’s just so messed up.”

Remarkable that Kim had the intestinal fortitude to look beyond her miserable shotgun marriage to former NBA player Kris Humphries, whom she openly and brazenly cheated on to get with current husband Kanye West.

Further, Khloe, who is also being propped up as a victim by the mainstream media after Thompson was videotaped cheating on her, did the same thing to Thompson’s ex-girlfriend. Jordan “Jordy” Craig was in her third trimester when Thompson strayed from her and began his full-fledged romance with Khloe — and with Khloe’s full awareness of what went down.

In fact, Khloe even stooped low enough to taunt and belittle Craig after the scorned Craig took to Instagram to blast Thompson for leaving her while she was about to deliver their baby.

Very interesting that the exact same thing happened to Khloe, as she was also in her third trimester when the receipts of Thompson’s serial cheating were made public.