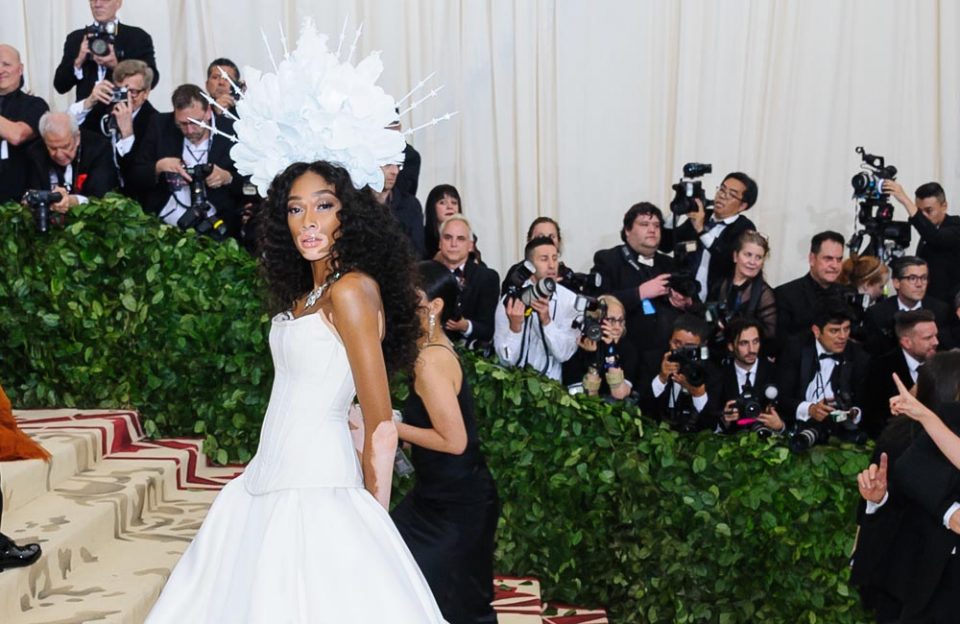 Winnie Harlow thinks her bullies’ opinions are “irrelevant,” and she no longer lets cruel comments bother her.

The 23-year-old fashion model — who suffers from vitiligo, a condition that causes the loss skin pigment — lost her confidence because of cruel taunting she experienced at school, but she eventually learned not to care about what other people think of her.

“I was a confident child growing up, but that changed for a time when I was bullied at school,” she explained. “As an adult, I gained my confidence back by asking myself, ‘Why do I care what other people think?’ And now I don’t.

“If I were to come face-to-face with those bullies today, I wouldn’t say a word. Their thoughts are irrelevant.”

Winnie believes the key to not getting upset by bullies is for a person to figure out their own reasons why they doubt themselves.

She noted: “If I was advising my best friend on bullies, first, I would ask them, ‘Why are you doubting yourself?’

“Once you get to the core reason [for self-doubt], you can start to work on making it over those barriers that are holding you back.”

The former “America’s Next Top Model” contestant thinks social media can be a great “tool” but also “dangerous” as it gives everyone a platform.

She told Grazia magazine: “Social media is a powerful outlet for anything you want to voice. This can be both a positive and a dangerous thing, depending on whose hands it’s in.”

Winnie feels very “lucky” that she adores her job as a model because not everyone enjoys their work.

She said: “My grandfather often told my mom, do what you love because you’ll be doing it for the rest of your life.

“I’m lucky that I really love what I do.”