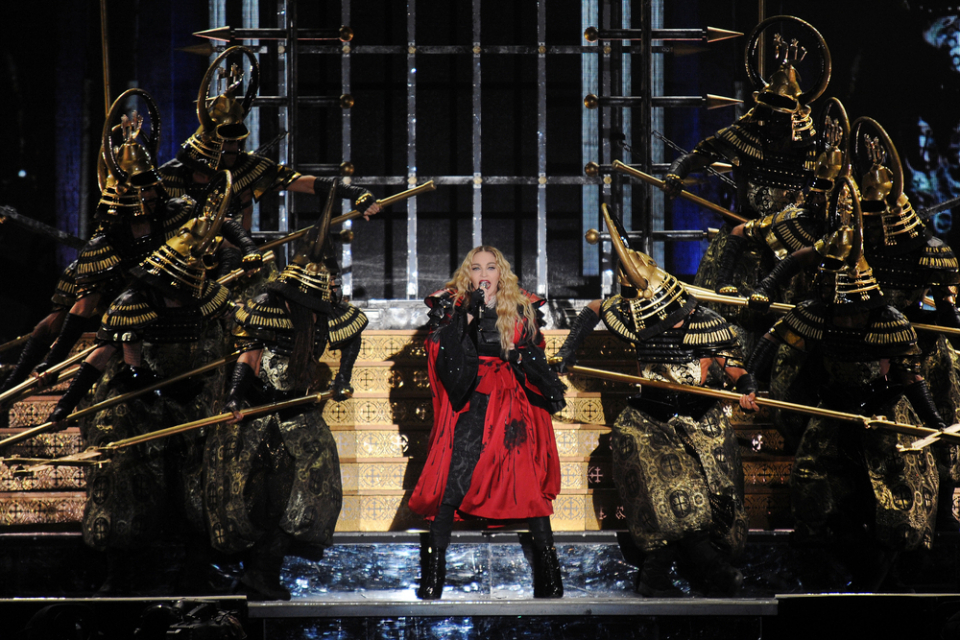 There are a multitude of legendary R&B and soul singers who could have graced the stage at the MTV Video Music Awards to pay tribute to Aretha Franklin. But somehow Madonna was chosen by VMA producers to honor the “Queen of Soul” less than one week after she passed.

Madonna was criticized after a lackluster tribute to Prince at the Billboard Awards following his death in 2016. Ignoring the backlash from that moment, VMA producers gave Madonna another shot at honoring a Black music legend. Similar to the Prince tribute, Madonna’s tribute to Franklin did not resonate with most viewers and was possibly met with even more criticism.

During the tribute to Aretha, Madonna shared stories about her own life and rise to fame. Near the end of her speech, Madonna took about six seconds to actually acknowledge Franklin. “I want to thank you, Aretha, for empowering all of us. R-E-S-P-E-C-T. Long live the queen,” she said.

Madonna caught the wrath of Black Twitter following her speech and the announcement for “Video of the Year.”

Madonna ruined the Prince Tribute on the Billboard Awards in 2016.

Madonna ruined the Aretha Tribute on the #VMAs in 2018.

I really never want to see her again. Ever. pic.twitter.com/rp6QCql3aR

Whoever at the #VMAs let Madonna get on stage and give a tribute to @ArethaFranklin or whatever that was really should be out of a job right about…now.

For the record, I LOVE Madonna. I’m a huge fan. She just shouldn’t be anywhere near Aretha. She shouldn’t be Aretha adjacent.

Madonna really gentrified an entire tribute to Aretha with more anecdotes than a Presidential candidate. You gotta be kidding me… #VMAs