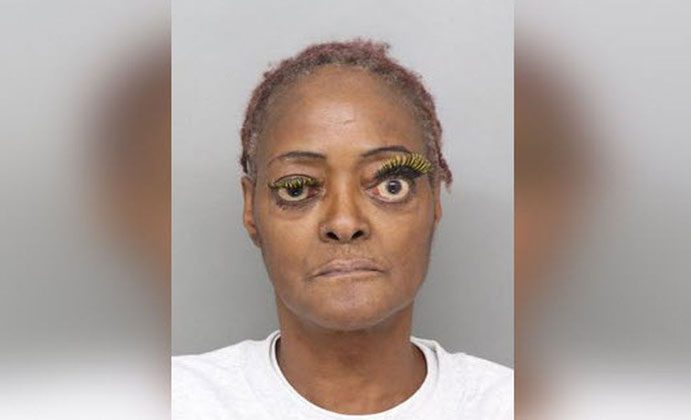 Charlene Thompson, 61, is a woman not to be trifled with in an argument. Over the years, she has had a series of encounters with the police because of her behavior. But her latest arrest comes after an argument with a woman and how she ended it.

Thompson was arguing with the woman at her home in the Cincinnati suburb of Mt. Airy, Ohio, this past Sunday, Dec. 2, 2018. At some point, Thompson went into the kitchen and took a pot of hot grease and poured it on the unidentified victim, severely burning her arms and back. The victim was transported to a local hospital and Thompson was arrested for felonious assault and booked into the Hamilton County Jail. She will have a bond hearing on Wednesday, Dec. 5, 2018, for the attack. Thompson was also wanted on two outstanding warrants for criminal damaging or endangering at the time of her arrest, according to WXIX-News.

Her latest actions fall in line with a series of behavior and violence towards people. Media outlet KOLD-13 listed a few of her known run-ins with the law:

-On Christmas Eve, December 24, 2006, she was charged with domestic violence for allegedly striking her daughter in the mouth and on the back of the head, injuring her daughter’s hand while the daughter was protecting herself. That charge was later dismissed on February 21, 2007.

-Thompson was convicted of criminal trespassing in August 2007 following a June 2007 arrest on accusations she entered an assisted living facility without permission and hit a resident. She reached a plea deal with prosecutors in that incident.

-On July 21, 2008, Cincinnati police accused her of kicking an officer and spitting several times in the back of a police car and on an officer.

-On March 11, 2008, she was arrested for punching a person in the face. That charge was later dismissed on August 6, 2008. Another 2008 charge of disorderly conduct while intoxicated also was dismissed shortly after it was filed. Also in 2008, she was charged with assault and criminal damaging or endangerment and criminal trespassing.

-Between November 2016 and March 2017, she was accused of throwing rocks at a male neighbor’s windows and breaking them.