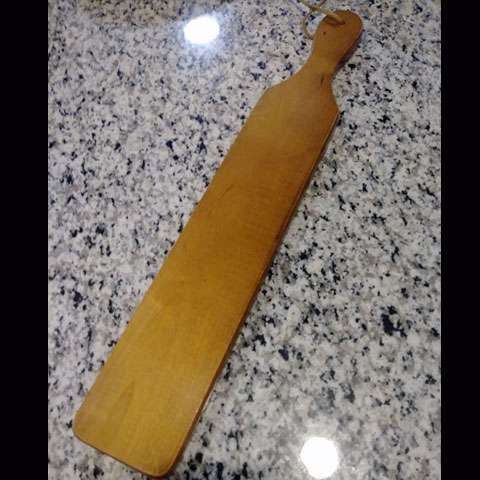 A man in Brooklyn, New York, called police after a vicious, drunken hazing incident. This time the alleged victim was not a student in his 20s, but rather a middle-aged professional Black man. Tory Gates, 45, went to police after being beaten in a bizarre ritual as he attempted to pledge to the Omega Psi Phi Fraternity.

According to the NYPost, Gates, a father of two teenagers, went to an apartment in the Bedford-Stuyvesant neighborhood. The hopeful pledge had been drinking heavily that night and members of Omega Psi Phi were waiting for him in a brownstone apartment. Gates says he was blindfolded and told to bend over by members of the fraternity and he complied. He then told police he was hit at least 200 times by a wooden paddle and open hands.

The pain inflicted upon Gates was so bad he drove to Mount Sinai Hospital to seek treatment. While at the hospital, he called the police to report the alleged assault by members of Omega Psi Phi at the apartment that night. The incident occurred on Dec. 7, 2018, and police have reported difficulty in proceeding with the investigation. According to the NYPD, they have been unable to contact Gates or a Clinton Hill-based Brooklyn chapter of Omega Psi Phi that is allegedly involved.

Officially, hazing is banned by each of the nine international Black Greek-letter sororities and fraternities, which are collectively are known as “The Divine 9.” In the mid-1980s hazing of pledges was rampant, and there were instances of pledges being severely injured or even dying while pledging. But incidents of adults being hazed in graduate chapters while in their 40s, is, for the most part, unheard of among Black Greek letter organizations.