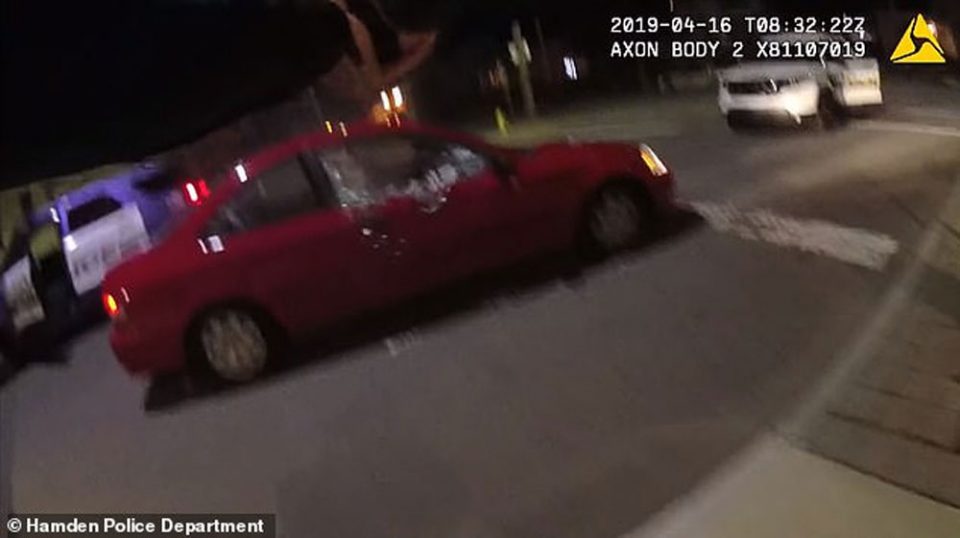 An evening out and a drive in the car turned into a life or death situation for a Black couple in New Haven, Connecticut. Stephanie Washington, 22, and her boyfriend Paul Witherspoon III, 21, were sitting in their car kissing and singing love songs to one another when two police officers opened fire on their vehicle without warning. The couple had done nothing wrong and now the city is faced with protests after body cam footage was released.

It was the night of Tuesday, April 16, 2019, when a BOLO alert for a red vehicle that was at the scene of a nearby armed robbery of a newspaper delivery man, was put out by police. Officer Devin Eaton, of the Hamden Police department and Officer Terrance Pollock, with the Yale University campus police, responded to the crime and spotted the couple’s car.

As the police approached the vehicle, Witherspoon exited the car and Eaton and Pollock opened fire without provocation. Witherspoon fleed the scene without injury, but his girlfriend was struck by gunfire in the face.

Despite both officers failing to turn on their body camera, a default feature captured the first few seconds of the video. That footage was released and the police are catching hell in the community, as protests and community activists are calling for justice and an investigation.

Washington is recovering from her gunshot wound, while Eaton and Pollock, both Black officers, have been placed on administrative leave by their respective departments. A video that was taken from inside the couple’s car shows them singing “Nothing In This World,” by R&B singer Avant and Keke Wyatt before police opened fire.

The police body cam video can be seen below: