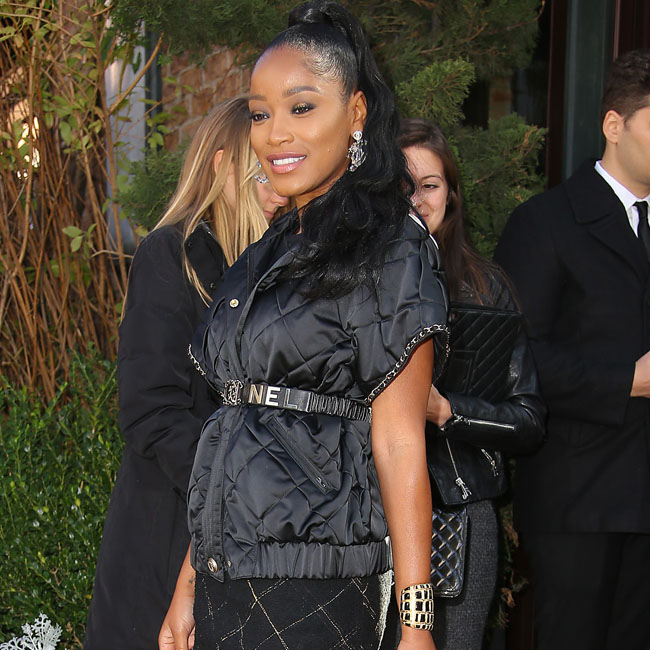 Keke Palmer has had “over 10” COVID-19 tests ahead of the MTV Video Music Awards.

The host of the annual ceremony, which will be filmed at various locations outdoors across New York City on Sunday, Aug. 30, 2020, due to the pandemic, has revealed the measures the organizers have taken to ensure the socially distanced event is COVID-secure.

Palmer insisted that while it will be a different experience, it will provide some much-need entertainment amid the global health crisis.

She said: “I think it will have an impact but I do think we all are used to what is currently happening.

“I feel like the people over at MTV and the VMAs, what we have created within the show to fill that space is going to feel good as well.”

The 27-year-old actress said she’s had “over 10 COVID tests at this point” just to be safe.

Palmer explained that she will be moving between the various locations in New York to meet the performers on the night.

She added to “Extra”: “I will say there’s something that makes it special in that regard, the fact that we are even attempting to put on a 2020 VMAs is iconic to me in its own way.

“I’m physically going to be in all these places, so, we’re pretty much going through the boroughs of New York and meeting up with everyone for them to do their live performances. So, that’s actually what’s going on.”

The likes of Miley Cyrus, Lady Gaga and Ariana Grande, BTS, The Black Eyed Peas, DaBaby, Doja Cat, and The Weeknd, have been confirmed to perform.

South Korean boy band BTS will be performing live from Seoul, due to the travel restrictions in place.

They will give the debut live performance of their hit single, “Dynamite.”

They said this week: “First and foremost, it’s an honor to perform ‘Dynamite’ for the very first time at the VMAs! Although we will be connecting from Seoul, we’re excited at the opportunity to perform alongside many incredible artists. We’d like to credit our ARMYs for their unbelievable support that allowed us to participate in amazing opportunities like this.”

Gaga and Ariana Grande lead the nominations with nine nods each.