Not Enough Nannies: Russian Mom With 22 Kids Admits Life Is Hard With Millionaire Hubby In Prison 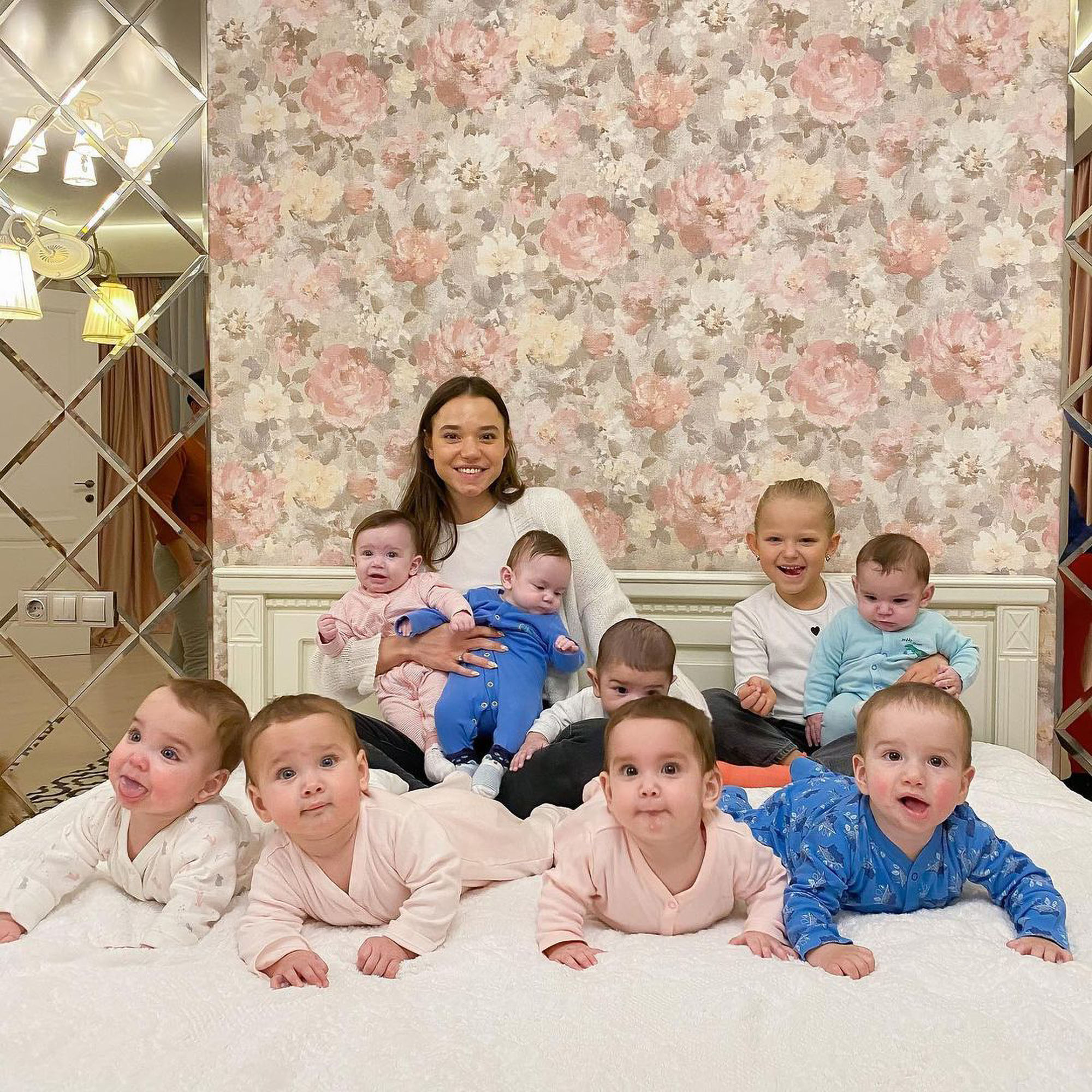 The Russian mom who dreams of having 105 kids has admitted that she is finding life “hard” taking care of her current 22 children following the arrest of her Turkish millionaire husband.

Cristina Ozturk, 24, lived with her hotel owner husband Galip Ozturk, 57, in the coastal city of Batumi in Georgia prior to his arrest during a special forces operation on May 31.

The Turkish businessman, who owns the bus company Metro Turizm, fled his home country in 2018 after an appeals court upheld his life sentence for ordering the murder of a man named Kuvvet Koseoglu in 1996.

According to reports, he escaped to Georgia, where it is legal to use surrogate mothers, and met Cristina, a former stripper who was on her first trip outside of Russia.

In 2021, the couple revealed how they splashed out around the equivalent of more than $166,000 on surrogate mothers to quickly amass 20 babies in one year, soon adding two more to the crop, and spoke of how they hoped to one day reach 105 kids.

The couple reportedly spent more than $82,000 a year on 16 full-time nannies.

Following her husband’s arrest, Cristina has admitted that she is finding life “hard” taking care of her huge family.

She said: “The feeling of loneliness does not ever leave me, even with such a large number of close people around me.

News that the wealthy hotel owner and businessman was planning to start the massive family with his baby-loving wife Christina was published around the world in February last year.

After the news went viral, Turkish officials discovered that this was the same man who had fled the country on hearing that the Supreme Court had confirmed a life sentence for the murder of Kuvvet Koseoglu on the morning of September 28, 1996.

The case resulted in several arrests and during the trial it was revealed that the victim, who had been hiding in Beyoglu in Istanbul, was shot dead by hitman Kudret Okumus who was hired by Ozturk.

The court heard that the motive for the killing was a blood feud that existed between the two men.

A blood feud is where a death is required to ensure honor is kept by the killer or their family.

It was not revealed what the blood feud between the two men was about, but Ozturk was sentenced to life imprisonment.

The post Not Enough Nannies: Russian Mom With 22 Kids Admits Life Is Hard With Millionaire Hubby In Prison appeared first on Zenger News.