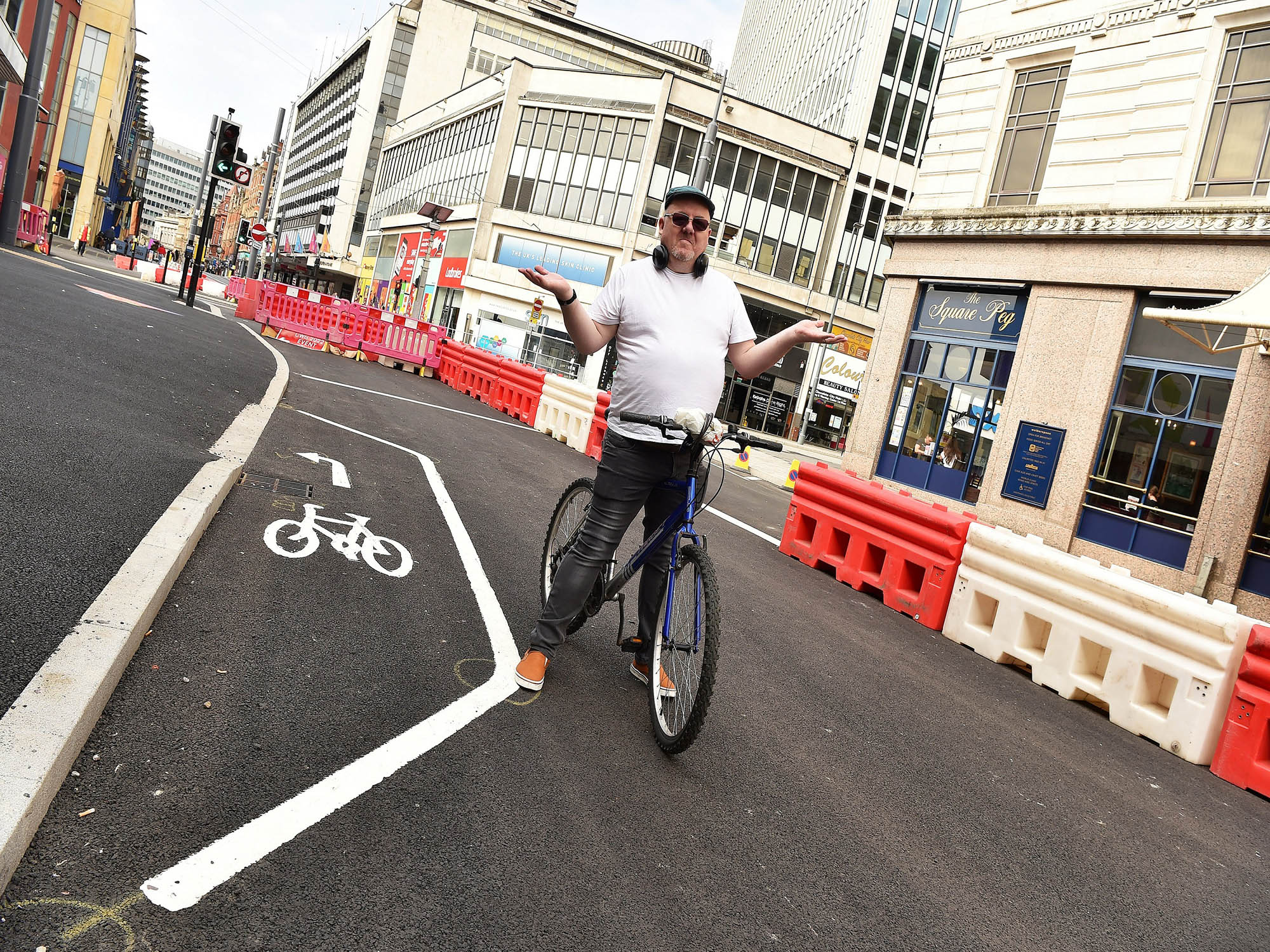 Baffled residents have slammed council bosses for spending thousands on “the world’s shortest cycle lane” – which is just 8 feet long.

The tiny stretch has left bikers in a spin after it was painted on a newly tarmacked road in Birmingham city center, in the United Kingdom.

The white-painted markings show a lopsided rectangle along with a bicycle with an arrow pointing left.

The feature was installed to help cyclists navigate their way around the city during the Commonwealth Games.

The bizarre cycle lane takes less than a second to travel along and ends with riders being directed onto a pedestrian pavement.

Cyclists have branded the bizarre lane in Corporation Street “completely pointless” and a “waste of taxpayers’ money”.

“I don’t know what’s worse, the fact the cycle lane is about 8 feet long or the way it directs cyclists onto a pavement where people will be walking.

“Not only is it completely pointless that but it’s a waste of taxpayers’ money.

“At a time when Birmingham should be promoting itself through the Commonwealth Games, the council turn us into a laughing stock again.”

Dad-of-two Graham Robertson, 50, who cycles from his home in Digbeth to work as an IT consultant in the city center, said: “I’m baffled.

“I cycle into the city every day and I’ve always thought there needs to be better cycle lanes but not this.

“How in the hell is painting the world’s shortest cycle lane going to help anyone? It’s embarrassing.”

Birmingham City Council claim it is not a cycle lane but “guidance” for cyclists.

A spokesperson said: “These are not cycle lanes but are guidance for cyclists to leave the carriageway and dismount.

“The various tram track alignments within the Bull Street Corporation Street delta junction mean it is not safe for cyclists remaining in the saddle to cross through these.

“As the scheme is still under construction, the road markings have been installed before the signs were put up and with the temporary stand down of city center metro works during Commonwealth Games this incomplete section is not currently open for use.”