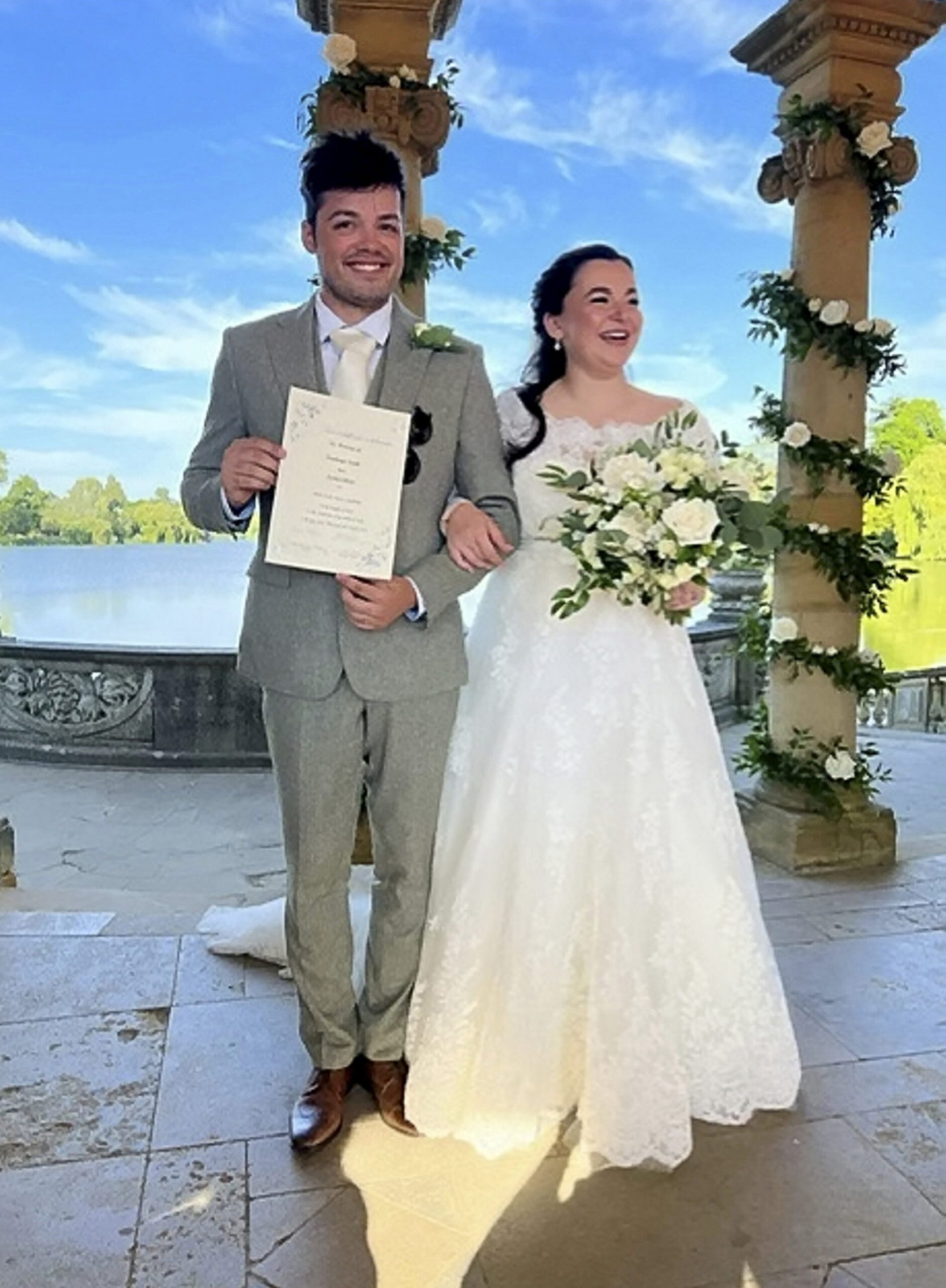 A newlywed couple missed out on their $6k honeymoon due to alleged airport errors – with the bride’s wedding dress even going missing with her baggage.

Soumaya Elliott, 30, and husband Justin, 33, had splashed out on a four-week trip to Asia to follow their wedding last month.

But their dream honeymoon soon turned into a nightmare – marred by flight delays, lost luggage and expensive rebookings.

Frustrated by the ordeal, the couple from Newbury, England, in the United Kingdom, eventually decided to just scrap the trip.

And Elliott, a lecturer in TV and film production, said the experience was so upsetting she ended up in bed for days.

She said: “It was really really horrendous. It was horrible. It was the worst experience of my life, I think.”

Elliott and her husband Justin, who married on July 10, had paid 5,000 British pounds ($6, 095) for a trip to Bangkok (Thailand), Phuket (Thailand), Tokyo (Japan) and Seoul (South Korea), which they booked through Kiwi.com.

But after flying from London Heathrow, in the U.K., to Vienna, Austria without any problems, they got caught up in three-and-a-half hour delays at passport control, check-in and security.

This made them miss their Saudi Arabia Airlines flight to Bangkok by two minutes, they say.

Elliott said: “They didn’t call our gate – we were just sat there waiting.

“Then we looked at the time and we were about two minutes late, so we ran down to the airport staff, but they said we were too late and basically told us to go away.

Having contacted Kiwi.com, the couple claim they were told they didn’t qualify for a refund or new flights.

They then used wedding gift money to rebook on a 1,300-pound ($1,500) flight for the next day – and claim the agency assured them they would not need any additional visas.

“At this point we were panicking, so we just went with their advice and went to rebook flights,” Elliott said.

But this meant they had to sleep on the airport floor while they waited, they say, with Justin using just a flipflop to support his back which he had recently broken.

He said: “I had several back spasms where I had to sit on the floor for about 20 minutes to get myself to stand up straight.

“I wasn’t allowed to bring any diazepam through a lot of the borders because you can only bring a restricted amount, so I just didn’t bring any.

“I didn’t think I was going to be under that kind of stress.”

And, to their horror, the couple were then denied check-in for their flight the next morning because they did not have visas, they claim.

Elliott said: “I ended up having a panic attack on the floor and I was being sick.”

They claim Kiwi.com still refused to offer them any help or refund, so they had no choice but to return home to the U.K. – costing them a further 800 pounds ($975).

And, to make matters worse, their baggage got lost one of the legs to get back home – while traveling from Vienna to Frankfurt, Germany – which contains Elliott’s wedding dress.

The couple have been refunded 1,235 pounds ($1,500) for the extra flights they had to purchase to get to Bangkok.

But Elliott says she is after full compensation.

She said: “It is just terrifying that they are happy to take two or three grand off you and not actually help or deliver a service.

“I had to argue so much with them. It was two days after our wedding which should be a happy time.

“We don’t want vouchers – we don’t want to use them again. They need to give us back our money.”

A Kiwi.com spokesperson said: “We can’t imagine the distress Mr. and Ms. Elliott went through. Once the couple missed the flight in Vienna, they contacted our Customer Support department and were advised of the Transfer Protection conditions.

“Given the nature of the situation, our Customer Support agent also informed of the option to purchase flight tickets directly at the airport – this option, however, requires a final agreement with our team prior to purchase.

“The customers decided to select and buy a flight without the consultation and unfortunately missed the visa requirements information alerting them of specific conditions to be met at their transit airport.

Given the unpleasant hassle Mr. and Ms. Elliott had to experience, we went an extra step and processed the full refund for this booking, as well as refreshments that the couple had to purchase (1319.83 pounds in total, equivalent to $1,608.19).

The post Couple’s Dream $6k Honeymoon Ruined After Airport’s Mistakes Made Them Miss Their Flights appeared first on Zenger News.