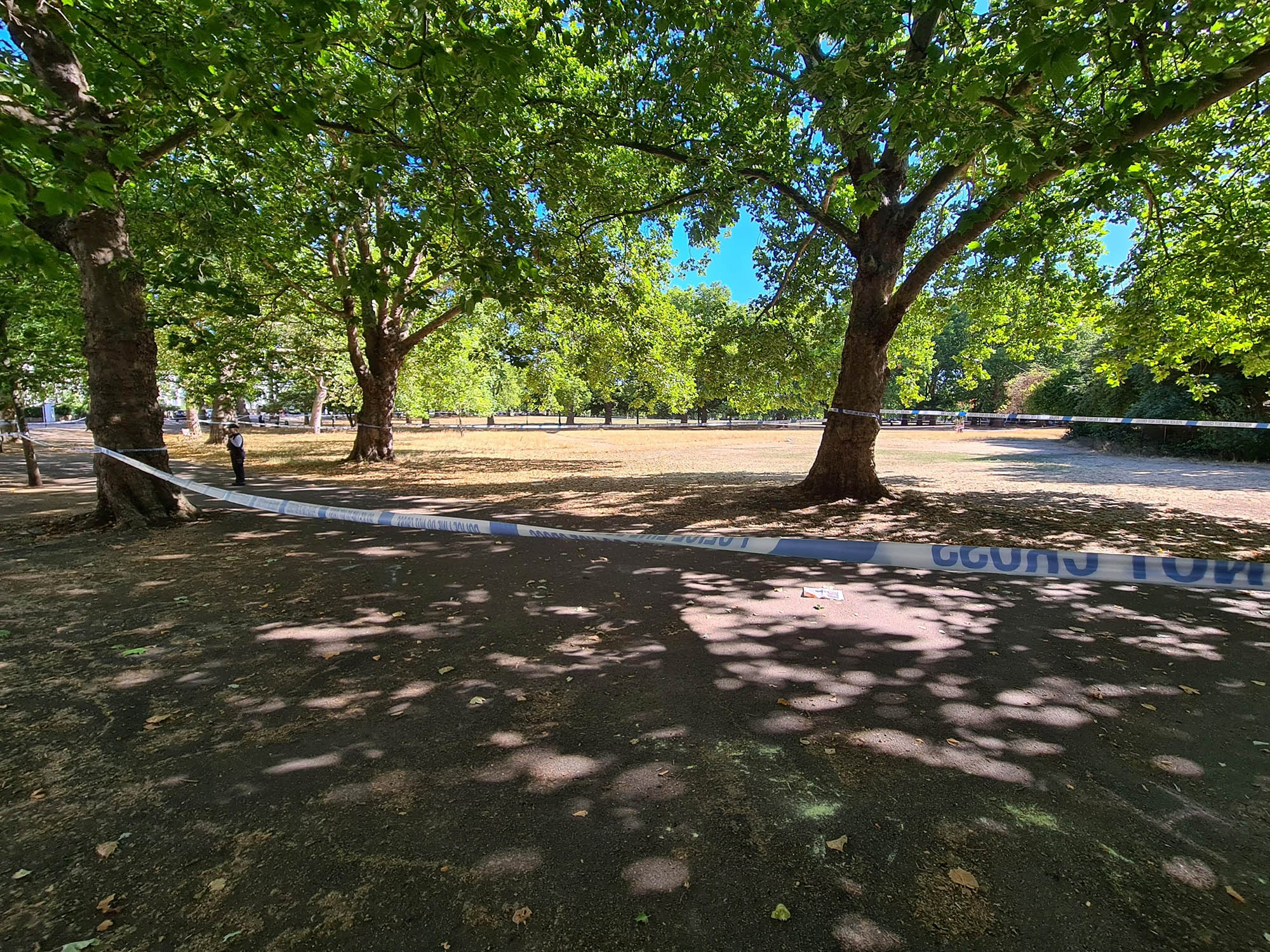 A 15-year-old boy was stabbed to death near a children’s playground, it has emerged on Monday, August 8.

The English teen was killed just before 9 p.m. on Thursday, August 4, on Highbury Fields in the Islington district of north London, in the United Kingdom.

On the following morning, the whole park was cordoned off around a children’s playground and a recreational center as locals spoke of their shock.

Police were called to the park just before 9 p.m. on the night of August 4 and found the boy with stab wounds next to a trash can off Highbury Place.

He was treated at the scene but died in a hospital shortly afterward.

One man who lives on Highbury Place said: “I heard a fracas on the fields and a 15-year-old boy got stabbed, that’s all I know.”

Another pointed to the trash can next to which lay colored evidence markers on the ground.

One woman who lives on a nearby street and was cycling past said: “It’s normally safe round here, it’s quite shocking.

“I’ve never heard of it happening but I haven’t been living here for that long. You usually get people out in the park at night.”

Police are yet to make any arrests and are still trying to contact the boy’s next of kin.

They have closed the whole park to prevent locals and their dogs from coming near the crime scene.

A Metropolitan Police spokesperson said: “A murder investigation is underway following a stabbing in Islington.

“Police were called to Highbury Fields, N5, shortly before 21.00 hours on Thursday, August 4 to reports of a stabbing.

“Officers attended along with paramedics from London Ambulance Service.

“A male, believed to be 15 years old, was found with stab wounds.

“He was treated at the scene before being taken to hospital where he sadly died a short time later.

“Inquiries are ongoing to inform next of kin. A crime scene has been put in place.

“There have been no arrests; inquiries into the circumstances are ongoing. Homicide detectives from Specialist Crime have been informed.”

The post Shock Over 15 Year-Old Boy Found With Fatal Injuries Near A Children’s Playground appeared first on Zenger News.