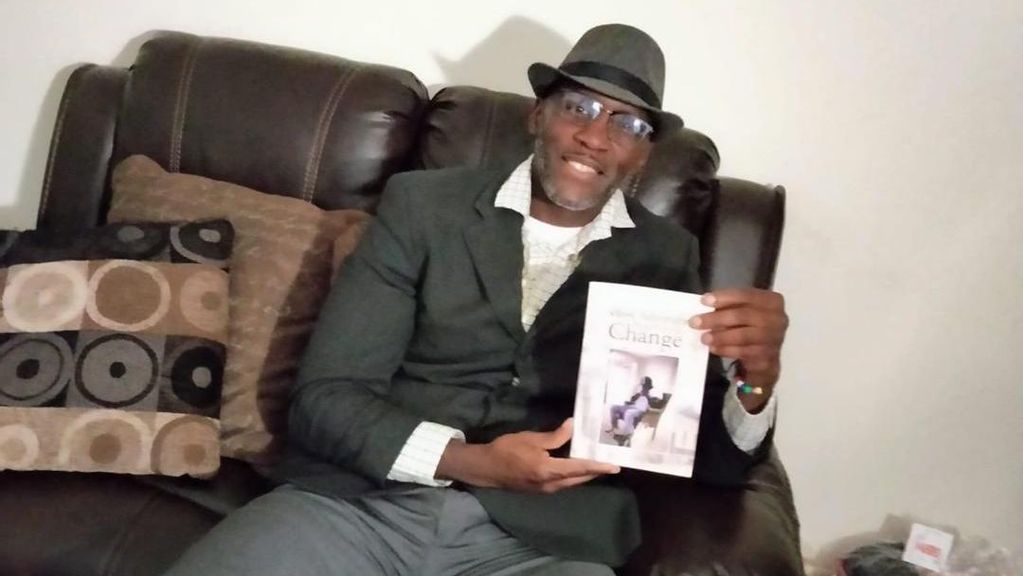 NEW ORLEANS — Chauncey Taylor played a part in his life’s destruction. His foundation wasn’t the best, but he had a nurturing mother who tried to raise her son not to become a statistic.

He also turned his life around.

Now, Taylor is giving back to the New Orleans community where he was once a problem. Finding Jesus while in prison, he left with a changed mental focus. Taylor enrolled in college, where he is pursuing a degree in hopes of doing social work. He also does public-speaking engagements, using his story to educate and inspire others not to travel the same path — and if they do, that change is possible.

His book, “How Adversity Propelled Me to Change,” details his drug addiction and violent past.

Zenger talks to Chauncey Taylor about his shortcomings and his redemption.

Taylor: I grew up in a single-parent home. The challenging thing for me was being the only boy with four girls. A poverty-stricken neighborhood, low-income housing. I stayed in the 8th Ward for two years with my uncle, who took me in when my dad died. My mom moved in with a guy who she eventually married. I wasn’t vibing with him, so I moved out.

I got into it with this guy and got caught at school with a handgun. I got two years’ probation. The judge gave me probation because she said my mom was a good person. That’s how I knew God’s hands have been on my life. A lot of stuff I should have gotten, I didn’t. I only did a big prison stint because I pulled an incident off in the heat of passion. I got caught, and from that incident, I decided to leave that life alone.

Currently, I claim a moral status. Having my priorities together and having myself in tune with the creator. I’m not perfect, but I’m better than what I was. I did attend Catholic school for a while. The handgun incident put me out of school for two years, but I got reinstated to a program the judge stipulated. I stayed in school for a year and a half, then I dropped out in 10th grade.

After that, I embraced the streets. I was turned on to the lifestyle of selling drugs, periodically doing drugs, smoking marijuana. I snorted cocaine, I snorted heroin a couple of times, but I didn’t like it.

I caught my first stint for getting caught with possession of crack cocaine. The detective planted it on me. I didn’t get busted with anything. He searched me, he didn’t find anything, and he planted the rock on me. This was two weeks after my 18th birthday.

He told me he knows I threw the drugs because he couldn’t find them. But he said if he checked my backseat and couldn’t find anything he would let me go. He found a baggie. Back in the ’90s, that’s how it was sold. He found one of those bags in the seat and charged me with paraphernalia. I said, “That’s not mine.” They took me down anyway, because I was on probation, and it was a violation. They just wanted me off the streets.

Zenger: How long was your probation?

Taylor: They imposed a three-year sentence. I had a five-year probation and a three-year suspended sentence hanging over my head. After that, I was drafted into the boot-camp program. When I was in boot camp, I stayed there for about a year and a half. The counselor got me back in court because I was doing good.

The judge said that I had served 85% of my time, and commended me on my efforts. But he couldn’t recommend that I be released. So, I did serve my full stint. I stayed on the streets for two years and then got back into a life of crime.

Zenger: Changing that lifestyle prompted you to write a book: “How Adversity Propelled Me to Change.”

Taylor: Yes! I feel everything happens for a reason. Adversity is the thing that propels us to change our lives. Now that I’ve changed my life, I’m seeking things for the betterment of myself. I still experience adversity, but these things help me develop character. When I have interviews with guys like you, I am able to conduct myself in a proper and professional manner.

Zenger: You seemed to be in and out of prison a lot. Overall, how long did you spend in there?

Taylor: About 20 years. I did 2 &half; and then 17 &half; (attempted murder). And I did about 90 days in juvenile [detention center]. I don’t have any regrets or bitterness from my past. As a reflection of my past, I use that to propel myself to become a better person in the future.

Zenger: What are your ultimate goals now?

Taylor: I want to give back. I want to use my story to enlighten and give other people a chance to receive things I never received: mentorship, inspiration, encouragement and motivation. We were given the opposite side of the game. You’re in the streets, this is what you do, you hustle to survive. Now that I’ve seen both sides of the fence, the grass isn’t greener on that side. I better stay on this side. My mom raised me to be a good guy. She was a very strict and caring person.

I always had the tools that taught me to do better. After receiving so much counsel over the years &mldr; I’m currently in school to be a social worker to help other people grow and shape their perceptions, based on a moral perspective.

I’ve had experience. I lost one of my best friends. I’m walking home with this guy, and he decides to do some crazy stuff, and he got smoked. That flipped my mind. He was able to run back to me and when he got to me, I seen the hole in his shirt. I’m like, “Dude shot you.” He said, “I’m not going to make it.” I lived two blocks away, so I told him, “Let’s try to get to my house.” He was like, “No man, just go home. I’m going to stay right here.” He was young. I was 15, and he was 13 going on 14. He was a wild lil dude. I used to keep him with me to keep him out of trouble.

He had two younger siblings. He moved out of his mom’s house because she was messing with a guy. Sometimes when women mess with men, they become insensitive to their kids. He felt like his mom was neglecting him, so he turned to the streets and started selling fake drugs. I did everything I could to stop it, but I couldn’t. Some things you can’t prevent. I became rebellious and was thinking retaliation.

But I feel good about what I’m pursuing now. I’m anxious to stand in front of a crowd of people and share my story.

Zenger: Any attempts on your life?

Taylor: I almost got killed three times, twice on the same block. For me to still be sane, is a miracle. I have a testimony to speak on. I’m motivated. My will to live is so strong. That’s why I’m pursuing this associate degree. I published a book; I want to open a nonprofit organization. I don’t have any intentions to mess up anymore. I’ve been home for three years and six months and that’s an accomplishment. I’m sober, I’m not getting high. I’ve been around some guys I was incarcerated with, and they all tell me I’ve changed. I realized I had to detach myself from certain people to accomplish my goals.

Zenger: What led to your change?

Taylor: Drugs! I came home with my foot on the ground running. I got a job, doing good, and listen&mldr; I got comfortable. I got my own apartment, and I got complacent in life. I started smoking and sipping a bit. All my bills paid, and I wanted to experiment again. One thing led to another. I went to sleep behind the wheel, had a couple of accidents, and next thing you know, I don’t have a vehicle, no place to stay. I got placed inside a rehabilitation center. That’s what did it. I was in a hotel for a week before I went to rehab.

I stayed in rehab for 90 days, and that’s where I actually decided to get myself together. After having a conversation with a guy named Robert, one of the counselors. He said: “Chauncey, when you speak in these meetings, the way you talk, you can be a counselor. You ever thought about going back to school and being a social worker?”

I said, “Rob, I never thought about it, but I wouldn’t mind doing it.” He told me to try it out. After I got out of rehab, I immediately enrolled in college, and started pursuing my degree in psychology, emphasizing social work. And that’s going well right now. I’m just starting to discover what true happiness is.