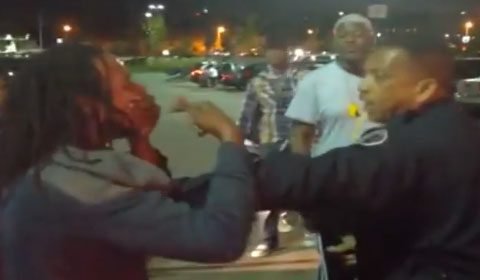 In Detroit, being totally innocent of a crime and getting beaten by a cop is OK, according to its police chief. Last week, a Detroit man identified as David Bivins and his girlfriend were shopping at a local Meijer department store when they were detained by a loss prevention member. The couple had brought in bags […]

Milwaukee cop who killed suspect grew up in community, wanted to be a rapper

The police shooting death of Sylville K. Smith in Milwaukee has been the source of unrest in the city. But what is now catching the attention of many is the identity and background of the officer who killed Smith. Officer Dominique Heaggan is a Black man who not only knew Smith but went to school […] The story of Floyd Dent, who was beaten by racist Inkster, Michigan police, is finally getting justice. Dent was the target of a traffic stop and beating when he made a wrong turn and got lost driving through the city of Inkster. He was in his Cadillac when he was stopped by police for running a […]

Drug dealers freed because FBI agent was a heroin junkie

Cops have issues like every other ordinary citizen, but the recent discovery of an FBI agent who was a heroin junkie in the prestigious Washington, D.C. field office has become epic. FBI agent Matthew Lowry, 33, went missing from the office last September 2014. Colleagues feared the worst since he was involved in high level […]

A former sheriff’s deputy in Winston County, Alabama, near Birmingham, recently pleaded guilty to a heinous crime. According to court records, former deputy, Grady Keith Concord, forced a single mother to cook him methamphetamine on a regular basis to feed his drug habit. To make matters worse he would also make her cook meth in […]