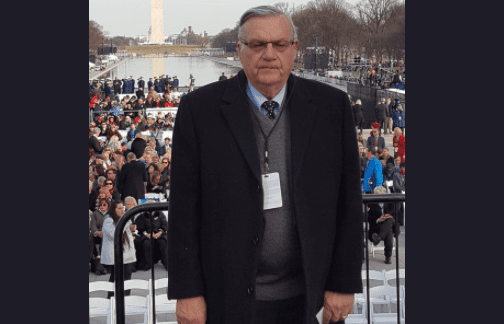 Donald Trump’s ascension to the White House began on a racist lie. The reality TV star and real estate investor began to gain a political following after he claimed that President Barack Obama was not an American citizen. The entire notion of birtherism was basically presented by White racists who wanted to discredit Obama and […]

“Real Housewives of New Jersey’s” Joe Giudice isn’t the only one who’s facing deportation, Larry Klayman, the founder of Judicial Watch and Freedom Watch, and a former U.S. Justice Department prosecutor, announced that he has filed a deportation petition against President Barack Obama, on the grounds that he has falsified various birth and other documents […]

The most hated celebrities of 2012

There were people who really incited rage in many of us in 2012 or made it virtually impossible to like or sympathize with them in any way. Whether it was their relentless and ridiculous pursuit of the “birther” issue, or the fact that they cheated on a beloved star for a romp with a married […]

Republican presidential candidate Mitt Romney did the ultimate in naked, shameless, opportunistic pandering to his all-white, conservative base when he became the latest high-profile personality to go “birther” on President Barack Obama. On the eve of the Republican National Convention, during a campaign rally in his home state of Michigan, Romney took a not-so subtle […]

Didn’t we just go through this? For about the 30th time, some obscure and scarcely-important official is playing the birth card against President Obama. Where is Bill Murray when you need him because this feels like Groundhog Day? Arizona’s Ken Bennett, the secretary of state for the state (yes, that super-enlightened patch of real estate […]

There is not a camera in free world that Donald Trump doesn’t want to shove his face into and make love to. Until now. After being broiled by late-night talk show host David Letterman for his comical “birther” campaign against President Obama, Trump abruptly and – in accordance with his nature – rudely canceled his […]

Donald “Birther” Trump is an unprincipled, uncouth, race-baiting opportunist who happens to be a billionaire. Point blank. He has been bloodthirsty and ruthless in trying to monopolize media attention to himself for his carnival circus presidential campaign and doesn’t concern himself with the racial collateral damage caused by his indiscriminate cultural rampage. If he has to reduce […]

“We do not have time for this kind of silliness,” President Obama told reporters at the White House. And, with that a chapter was reduced to a footnote in our country’s history. This morning, the White House released copies of the president’s long-form birth certificate,  immediately shutting down a particular brand of politics that has […]