Verses: Celebrating June, our hip-hop and our healing 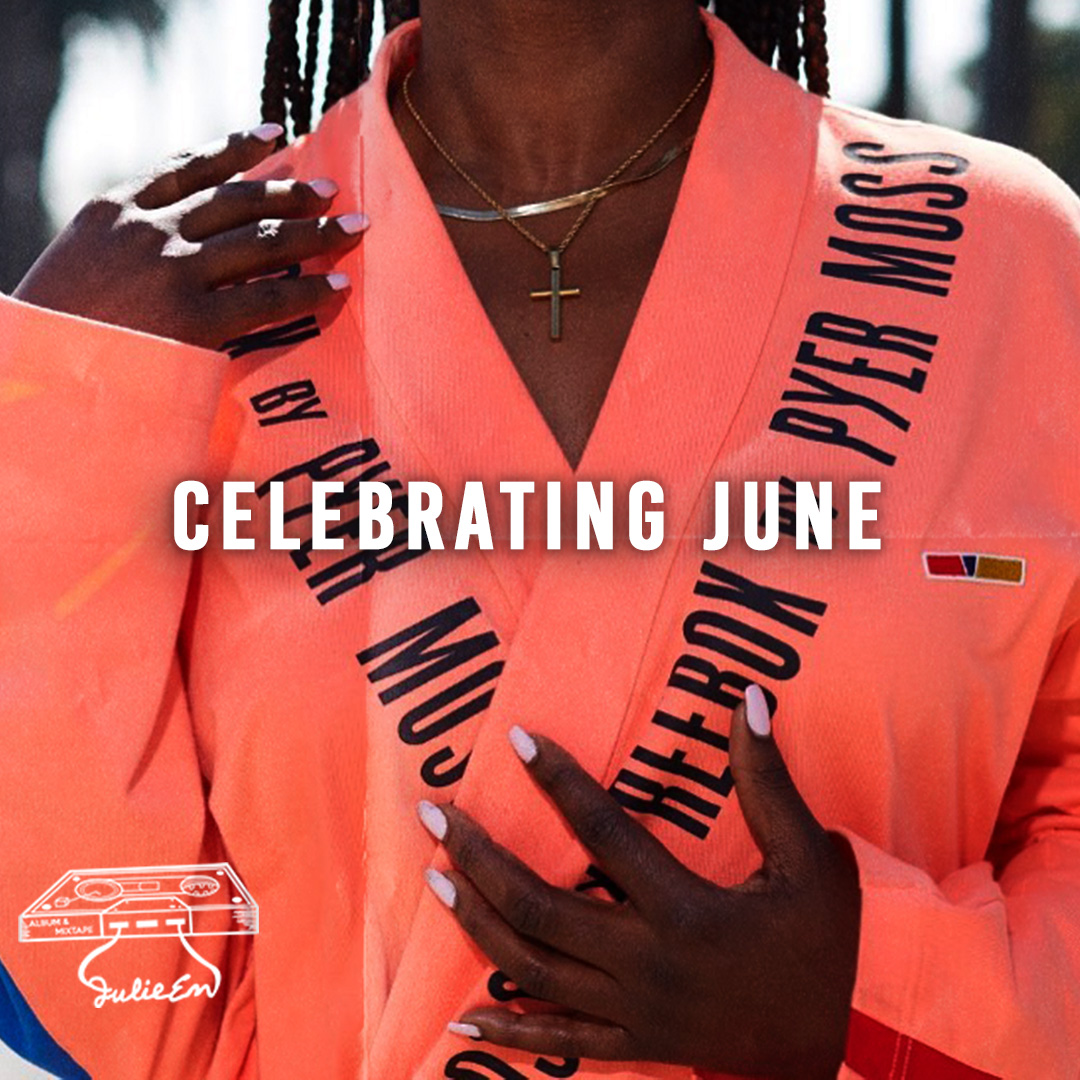 Verses have always been healing for me — whether it is biblical verses telling a powerful testimony or perfectly crafted verses over a tight beat. Growing up, my parents gave me the Bible and the stereo gave me hip-hop. I’ve always been able to see God in music with great ease. When the Notorious B.I.G. […] The same police officer who was deemed “unfit for duty” after he shot and killed 12-year-old Tamir Rice in Cleveland in 2014 has just been hired by another police department in the same state. Timothy Loehmann, now the infamous former Cleveland cop, was picked up by the small village of Bellaire, Ohio. Bellaire’s police chief Richard […] 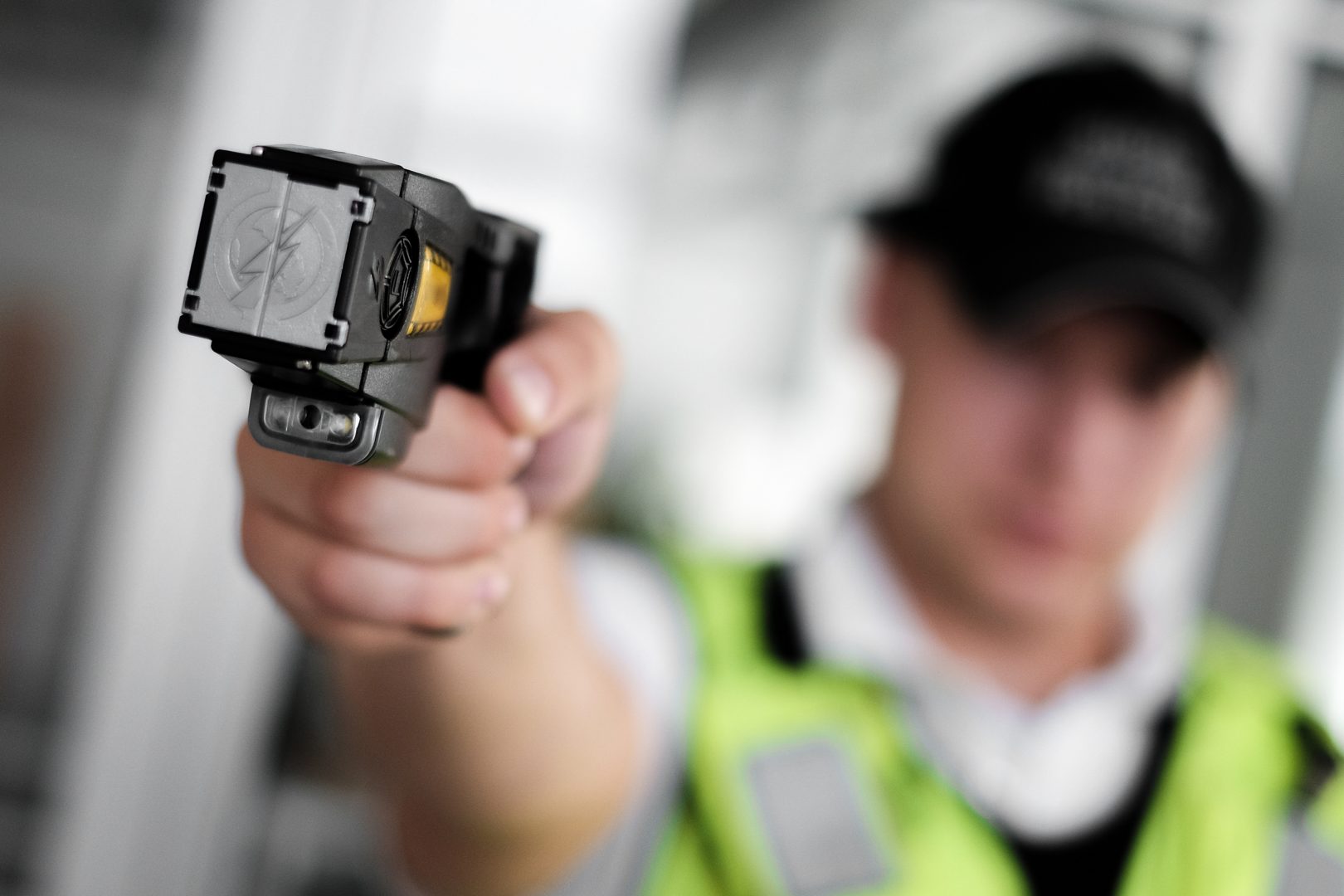 Lawmakers in Cincinnati are outraged after a veteran police officer used a taser stun gun on an 11-year-old Black girl who was suspected of shoplifting. Cincinnati Police Chief Eliot Isaac said he has launched an internal investigation after the episode popped off at around 9:30 p.m. Monday at a Kroger in Cincinnati. Authorities say off-duty officer […] Between fear being imparted in the African American community by law enforcement because of Black people being shot and killed with their hands up, and racial slurs being painted on the walls of higher learning institutions, Black people in America just can’t seem to catch a break. What’s worse is that the law doesn’t seem to […] Dr. John Carlos is a former professional football player and track and field athlete. During the 1968 Summer Olympics in Mexico City he won the bronze-medal for the 200 meter race. Carlos and his teammate, Tommie Smith, faced suspension by the U.S. Olympic Committee for their courageous act of giving the “Black Power” salute during […]

The Game and Will.i.am literally had a hand in history being made as rival Southern California gang leaders met at the Church of Scientology Community Center in South Los Angeles to discuss making peace on the streets. After The Game sent an invitation on Instagram which read, “On behalf of [email protected], & the honorable @louisfarrakhan,” he called on “all CRIPS, BLOODS, […] Tyrese has always been outspoken when it comes to his thoughts on everything from sex and love to the world of politics. And it’s been no surprise that he’s had a lot to say about the currently volatile racial climate in America. However, his penchant for speaking up seemed to get him in trouble with […] Black families have been suffering through a harsh reality check over the past two weeks as the nation deals with the aftermath of the senseless killings of Philando Castile and Alton Sterling at the hands of the police. And while many Black parents are working on telling their kids the harsh reality of their relationship with […] It’s been a terrible week for the Black community as we’ve suffered the deaths of Alton Sterling and Philando Castile at the hands of reckless and brutal police officers, as well as the suspicious alleged suicide of an unnamed Black man in Atlanta who was found hanging from a tree in the city’s popular Piedmont Park. With so much death […]

When will #BlackLivesMatter matter? #PhilandoCastile and #AltonSterling Outrage, disgust, confusion, anger are all words that describe the sentiments felt when we think of the latest in police brutality casualties. Philando Castile and Alton Sterling were both hardworking Black men trying to make ends meet for their family. Both of their lives came to a tragic end this week at the hands of police […] Needed attention is being drawn to the tragic and perhaps preventable death of Symone Nicole Marshall, 22, who died in police custody last week. Marshall was the mom of a 5 year-old daughter and moved to Texas to start a new life. According to her family, she had a good job and was planning to […] Black Lives Matter activist DeRay McKesson found himself in the private lives of thousands of gay and bisexual men this week when popular gay dating app Jack’d announced that they were publicly endorsing his campaign in the 2016 Baltimore mayoral election. Now, McKesson is letting fans and supporters into his private life as he opens […] Donald Trump’s Monday evening rally at Valdosta State University in Valdosta, Georgia did not begin until 30 Black students were kicked out of the event. But the answer to the question of who ordered the removal of the students isn’t so clear. The students, many of whom were wearing all black, were reportedly standing on […]

Is Kendrick Lamar the reincarnation of a pre-Kardashian Kanye West? During Kendrick Lamar’s impassioned 2016 Grammy performance, comedian Trevor Noah tweeted, “Kendrick is what Kanye would’ve been if the Kardashians didn’t get him. #KingKendrick.” The tweet received numerous LOLs and RTs, because it was humorous, but more importantly because Noah may have stumbled upon a painful truth. Kendrick’s Grammy performance happened after West had thrown […] [jwplatform up8tgGDf] Judge Vonda Evans of the Wayne County Circuit Court in Michigan gave a firm scolding to racist cop William Melendez. Melendez was sentenced for a police beating of unarmed Black motorist Floyd Dent in Inkster, Michigan. She pulled no punches and commented on the racist culture of the Inkster police and the eyes […] The story of Floyd Dent, who was beaten by racist Inkster, Michigan police, is finally getting justice. Dent was the target of a traffic stop and beating when he made a wrong turn and got lost driving through the city of Inkster. He was in his Cadillac when he was stopped by police for running a […]

Donald Trump blames #BlackLivesMatter for not getting Black pastors’ endorsement What was supposed to be a huge press conference to announce that a group of 100 Black pastors and religious leaders were officially endorsing Donald Trump’s bid for president quickly turned into a closed door meeting later described as an “informational meet and greet” by Trump’s campaign organizers. But did Trump ever really have the […]

Donald Trump blasted by Chuck Todd on ‘Meet the Press’

[jwplatform BEQT3yH9] Donald Trump has been getting bashed in the media lately. This is mostly due to his own words and actions over controversial issues. The latest journalist to take Trump to task is Chuck Todd of NBC’s “Meet the Press.” During this past weekend’s show, he challenged Trump on his various statements and outright […] During Donald Trump’s campaign rally in Birmingham, Alabama on Saturday, a Black Lives Matter protester who attempted to interrupt the Republican candidate’s speech was punched and kicked by attendees. Some of those who witnessed the incident posted footage of the Black protester wearing a shirt that said “Black Lives Matter” and marching toward the stage […]

Antonio Smith tragedy proves Chicago is in a state of emergency, #blacklivesmatter MIA On Monday, the Chicago Police Department held a press conference with the latest information on the murder of 9-year-old Antonio Smith. Like everyone else, I saw the headlines on various news sites and social media platforms, but it took me until late afternoon to get the nerve to click on the link and read the […]