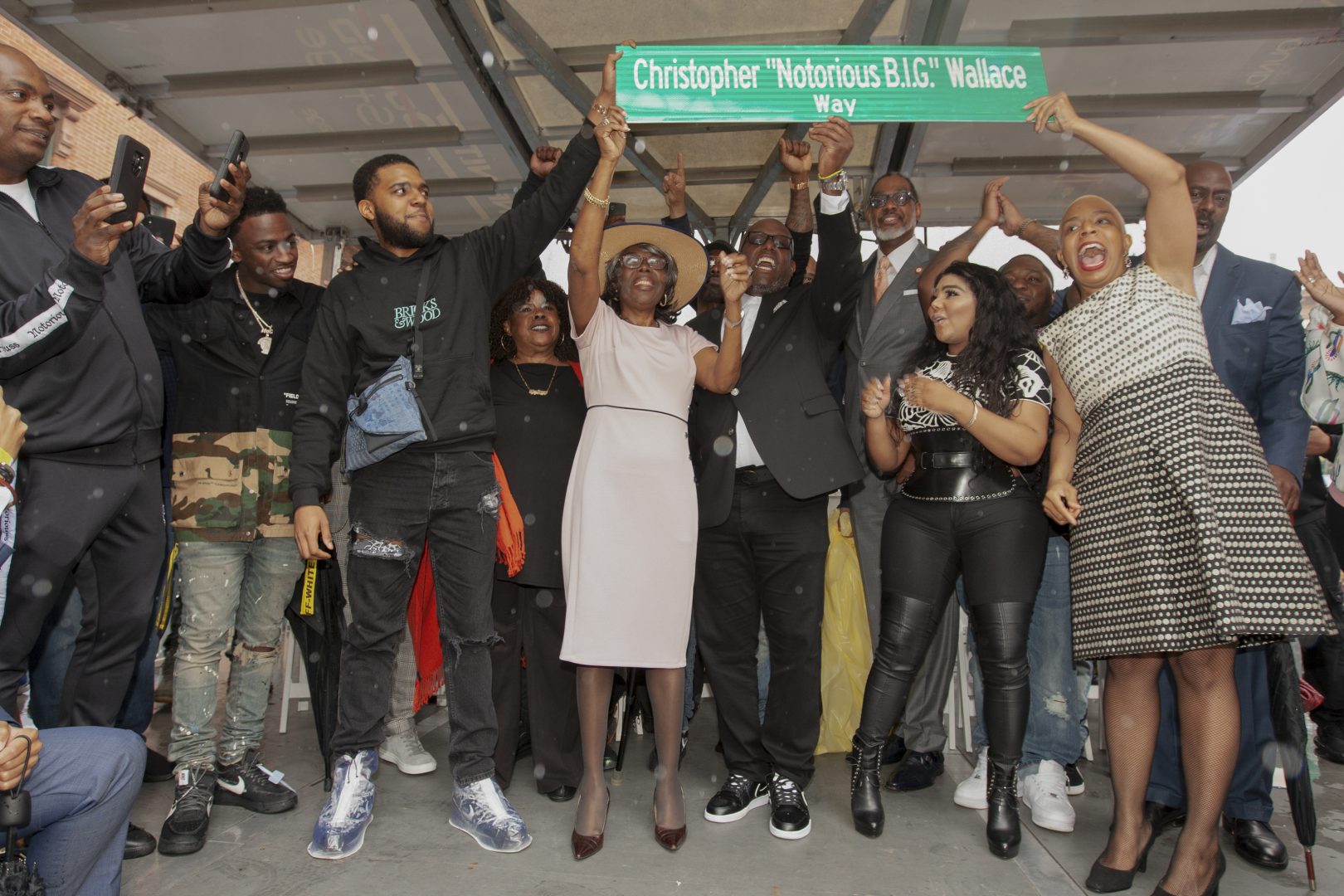 The Christopher Wallace Memorial Foundation, in partnership with the Office of Majority Leader Laurie A. Cumbo, hosted the official event celebrating the street renaming of Christopher “Notorious B.I.G.” Wallace Way on June 11, 2019, at the intersection of St. James Place and Fulton Street in Brooklyn, where the late rapper was born and raised. The […] The next generation of hip hop royalty is ready to take over. WE tv’s “Growing Up Hip Hop” premieres on Jan. 7, but the show’s Dec. 10 red carpet event gave the world a peek at who we can look forward to seeing on the show’s explosive first season. Romeo Miller (Master P’s son), Angela […] The 19th Annual Urbanworld Film Festival was swarming with the hottest entertainers in the industry from Sept. 23-27. The event, presented by BET and founding sponsor HBO, featured over 80 independent documentaries, narratives, and shorts that were all shown at the AMC Empire 25 theater in NYC. Some of the most riveting films of the […]

If you missed the AAHH fest then you have missed one of the biggest events in the last decade. Don’t feel bad because rolling out was there to capture  Chicago’s biggest moment of 2014. The festival bought to you by Common and The Common Ground Foundation created a very positive message for the music Industry. […]

Yesterday (Sept. 21) the city of Chicago got a treat as native son Common, in conjunction with the Common Ground Foundation, and Kanye West’s Donda’s House Inc., launched the inaugural AAHH! Fest in Union Park on the city’s near West Side. The day long event kicked off with a community showcase that featured young talent […]

Diggy Simmons  and Trevor Jackson stopped in Dallas on behalf of Saving Our Daughters National Campaign – Take the Oath. Take the Oath outlines eight steps to stop bullying in area schools. The two visited students of KIPP Truth Academy to speak out against bullying. Simmons is the son of hip-hop Rapper Joseph “Rev. Run” […]

A welcome tradition is back. The 85th annual Bud Billiken Parade was held this past weekend, and as usual, it didn’t disappoint in providing good entertainment and a great cultural experience. This year’s theme was “Education, the one tool you can never lose.” Great energy was generated as music was blasting and people gathered around to have a […]

Teyana Taylor and Diggy Simmons set to star in scripted series, ‘The Start Up’

Last night, the stars of the BET network made their way to the Big Apple for the 2014 BET Upfronts. Celebrities like Brandi Norwood, Keke Palmer, Gabrielle Union, Diggy Simmons, Teyana Taylor and more made their way down the grey carpet at the Ziegfeld Theatre before heading backstage for a little pre-event fun with fellow […]

Happy 16th birthday Prodigy! A member of the quartet Mindless Behavior, Prodigy was born Craig Crippen in Philadelphia, he helped Mindless Behavior release a top-10 R&B single “Mrs. Right” in 2011 and the single “My Girl” became a U.S. top 40 hit in 2010. He developed a passion for music after listening to artists like Michael Jackson as a child. He […]

Diggy Simmons is all grown up and sexy

Diggy Simmons, the son of Rev. Run of Run-D.M.C. and has created a lane for himself in the rap game. Following in his fathers footsteps Diggy, won a NAACP award last year for Outstanding New Artist. Being in the limelight since he was a child, Diggy has grown up before our eyes on his father’s reality show, “Run’s […]

Magic Johnson’s son, EJ Johnson, went from obscure celebrity child to household name after he proudly came out as gay this past spring. Now, EJ is set to solidify his status as a star now that he’s set to appear in an upcoming reality show. According to The Jasmine Brand, EJ revealed the reality show […]

Growing up with celebrity parents is not easy, with all the media stories, paparazzi and flashing lights. We found a few celebrities,  Willow Smith, Diggy Simmons, Reginae Carter and more, whose parents are celebs too. Check them out and tell us who you think is more famous, the kids or the parents? –joi pearson

Earlier this week, fans across the nation were in an uproar when Will Smith claimed that his 14-year-old son, Jaden Smith, wanted to become emancipated from his parents. However, Smith and Jaden recently appeared on “The Ellen DeGeneres Show” and clarified the statement, saying it was more of a joke than truth. Smith made the […]

OMG Girlz and Diggy Simmons perform in Chicago to stop the violence.