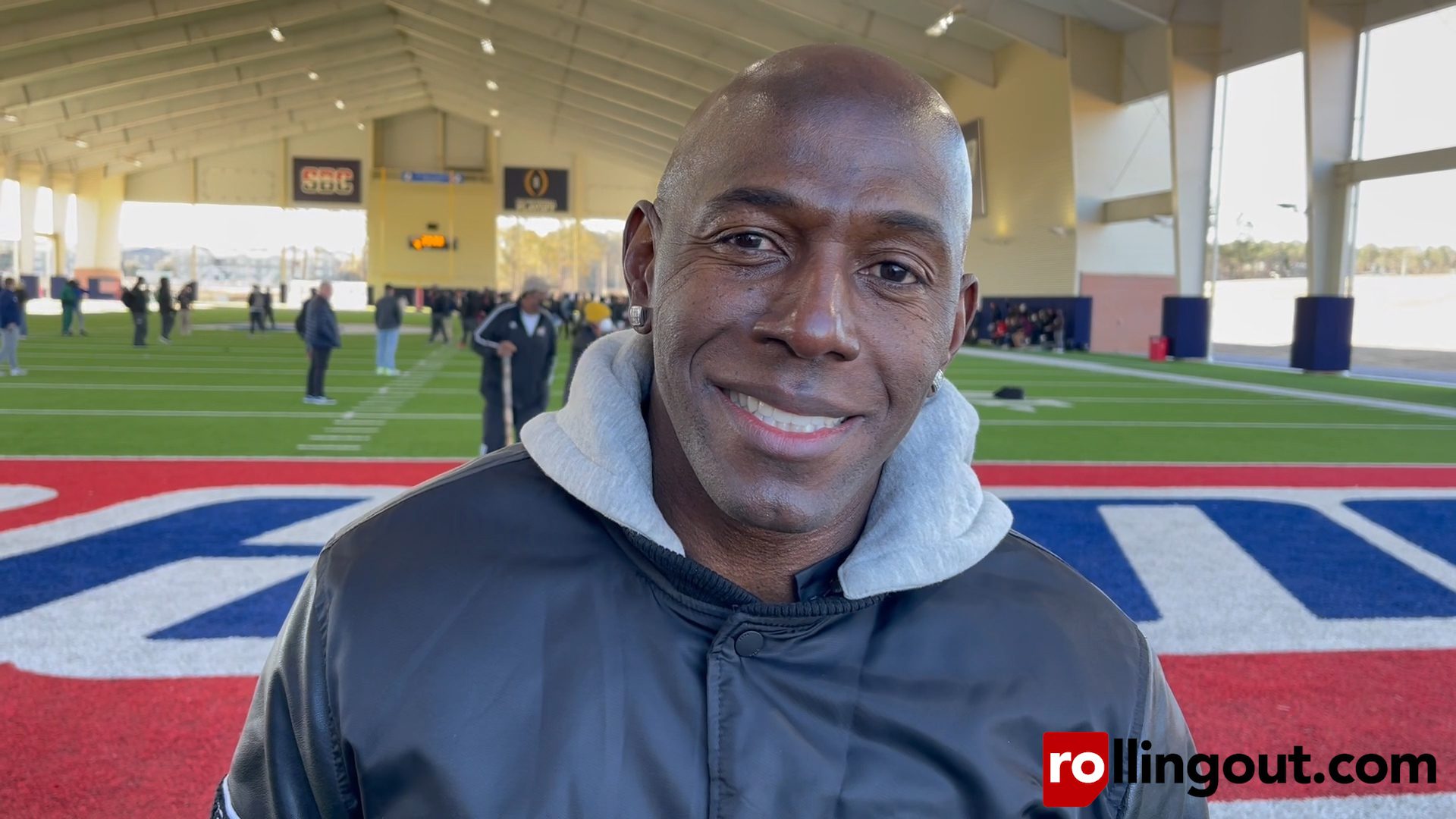 Donald Driver, a 2022 Black College Football Hall of Famer, spoke to rolling out about HBCU football and the future of his former teammate Aaron Rodgers with the Green Bay Packers. Driver played at Alcorn State from 1996 to 1998.

After 10 weeks of competition from some of the greatest contestants “Dancing With the Stars” has ever seen, the reality dance competition finally crowned its latest champion, Donald Driver, last night after he beat out fellow finalists Katherine Jenkins and William Levy. Find out how the NFL star danced his way to victory in our […]

After nine weeks of stiff competition, “Dancing With the Stars,” finally geared up for its finale as the final three battled it out on the dance floor for the coveted Mirror Ball trophy. This week, the final three stars, Donald Driver, Katherine Jenkins and William Levy, were once again challenged to dance twice, one for […]

The competition on this week’s episode of “Dancing With the Stars” was nothing short of stiff as semi-finalists Donald Driver, William Levy, Katherine Jenkins and Maria Menounos pulled out all the stops to battle it out for a spot in next week’s finals round. But during the competition, Jenkins fell victim to an injury that marred her […]

After eight tough eliminations, we’re finally down to the semi-finals of “Dancing With the Stars” and the competition has never been this fierce. The final four stars are arguably the strongest semi-finalists the show has ever seen, and this week, they all came to win as they hit the floor for two dances, one Latin […]

Roshon Fegan Eliminated From ‘Dancing With the Stars’

No one can say that Roshon Fegan hasn’t been dancing his a– off on “Dancing With the Stars.” For eight weeks, the Disney star has bounced back and forth between leaderboard victory and the threat of elimination, but on last night’s results show, Fegan was finally sent home as part of a double elimination. Find […]

This week, on “Dancing With The Stars,” the six remaining pairs hit the stage to perform twice; once with their partner and a second time with an another professional dancer for a “Trio” dance. And the pressure is on like never before as two teams are set to be eliminated on the upcoming results show. […]

Jaleel White Eliminated From ‘Dancing With the Stars’

It’s been quite the journey for Jaleel White on this season of “Dancing With the Stars.” But after seven weeks of strong triumphs and disappointing falls, White was eliminated from the show in a shocking twist that left the audience gasping. To find out how it all went down as well as who else was […]

Gladys Knight Eliminated From ‘Dancing With the Stars’

It’s been an uphill battle for Gladys Knight ever since she first hit the stage for this season of “Dancing With the Stars.” But after six weeks of up-and-down performances and sheer radiance and charm, Knight was finally eliminated from the competition, leaving only seven couples left to compete. Find out how it all played […]

This week, on “Dancing With the Stars,” the celebs took it old school as they paid homage to legendary Motown sound with legends like Smokey Robinson and The Temptations providing the stars with live backing music. While Gladys Knight and Roshon Fegan struggled to impress the judges, stars like Donald Driver and Jaleel White danced […]

Another week of “Dancing With the Stars” came to an end last night as the results for the Latin Week routines were handed down and nine remaining pars were reduced to eight. Judging from the performances, stars like Donald Driver, Katherine Jackson and William Levy seemed to be at the top of the pack, while […]

The previous week of “Dancing With the Stars,” proved to be a rough time for the contestants, ending with the elimination of fan fave Sherri Shepherd. But this week, the stars made a return to glory as they were challenged to take on dances for the show’s Latin week. Find out who set the Latin […]

Sherri Shepherd Eliminated From ‘Dancing With the Stars’

It’s been a rough week for the contestants of  “Dancing With The Stars.” After weeks of being praised to the heavens by the judges, many of the stars were sent crashing back down to earth this week with some sobering criticism, namely stars like Gladys Knight and Sherri Shepherd and tonight Shepherd, though a fan […]

This week, on “Dancing With the Stars,” the contestants are challenged to embrace their inner rocker for a rock music themed night of performances. And while all of the stars impressed last week, this week, a number of them, including Sherri Shepherd and Gladys Knight, find it difficult to tackle their new challenge. Will these […]

On this week’s results show of “Dancing With the Stars,” the competition got tighter as there was only a five-point difference between the top and bottom stars and a rare five-way tie at the bottom. In the bottom five were some of our favorite stars, including Gladys Knight and Sherri Shepherd, while Jaleel White and […]

This week on “Dancing With The Stars,” the celebrities were challenged to interpret pivotal moments in their lives through their dance numbers and with their lives literally cast out onto the dance floor, the stars soared and gave a show full of memorable performances. Find out the six best performances of the evening and more […]