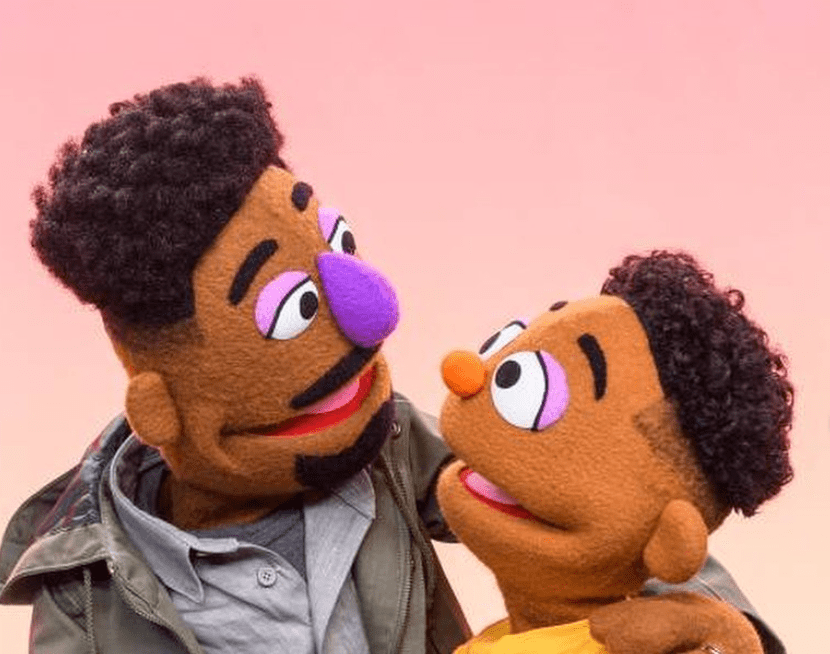 “Sesame Street” has unveiled two new Black puppets as part of the show’s initiative to tackle race-related problems with its new “ABCs of Literacy” program. The two Muppets, Wes and Elijah, were introduced in a short video created by Sesame Workshop. In the video, Elmo wants to know why Wes’s skin is brown, so his […]

[jwplatform 6hQHGRQk] Ice Cube and Elmo teach their viewers something new by showing off astounding tricks on “Sesame Street.”

Kevin Clash has had one of the most talked about TV downfalls when his longtime career as the voice of “Sesame Street’s” Elmo character came to an end in 2012 after he was accused by several men of sexually abusing them when they were still minors. According to RadarOnline, the United States Court of Appeals […]

Fresh Squeezed Baby  made-to-order Little Guy Ties ($18) are too stinking cute. Pre-tied with velcro closure ensures that it is a user-friendly way for young boys to get their grown man look on. And by young, we mean infant to eight years old. Stunting like their daddies and President Obama, Little Guys Ties  can be added to […]

Voice of Elmo’s, Kevin Clash, 3 cases thrown out of court!

It’s finally coming to a close. A Manhattan judge has dismissed three sensational sex suits against Kevin Clash, the long-time voice of the beloved Sesame Street monster, Elmo, on Monday, July 1, 2013. Accusers Cecil Singleton, Kevin Kiadii and one unnamed plaintiff have waited too late to file their claims against the former puppeteer; complaint […]

The former voice of Elmo, Kevin Clash is being sued yet again. This is the fifth lawsuit against Clash. The accusation is much like the the others – sex with a minor. This time it’s 25-year-old Kevin Kiadii who claims that when he was 16 when he met Kevin Clash during on an online chat […]

Gay celebrities: Most shocking rumors of 2012

Hide your kids: The unsettling history of kids’ TV shows

As a child, many of us look up to iconic characters such as Big Bird, Pee Wee Herman, and Mr. Rogers. Read more…

Cecil Singleton has accused Kevin Clash of being a sexual predator.

Elmo puppeteer accused of sex with another underage boy

Was Clash in the gay relationship while he was married?

Puppeteer Kevin Clash got the upper hand (no pun intended). His lawyer was able to convince his accuser and ex-lover model Sheldon Stephens to publicly retract his claim that Clash engaged in sex with him when he was a minor – only 16-years-old. It’s reported that when Stephens was in final negotiations, he was crying […]

All eyes and ears (both human and puppet) have been on Kevin Clash, the puppeteer behind the beloved “Sesame Street” character Elmo, ever since news spread earlier this week that a man accused Clash of having sex with him while he was still underage. Things seemed to be going downhill fast for Clash and his […]

Trouble is brewing and the laughter is leaving in the magical world of “Sesame Street,” as news is now circulating that Kevin Clash, the voice of the iconic character Elmo, has been accused of having sex with an underage boy. According to TMZ, Sesame Workshop lawyers recently met with a 23-year-old man who claims that […]

For the last 26 years, 51-year-old Kevin Clash has been warmly invited into the homes and hearts of children all over the world as the voice behind “Sesame Street’s” Elmo. Many who grew up watching Elmo, and now watch with their own kids, have no idea that the lovable little guy would not exist if […]