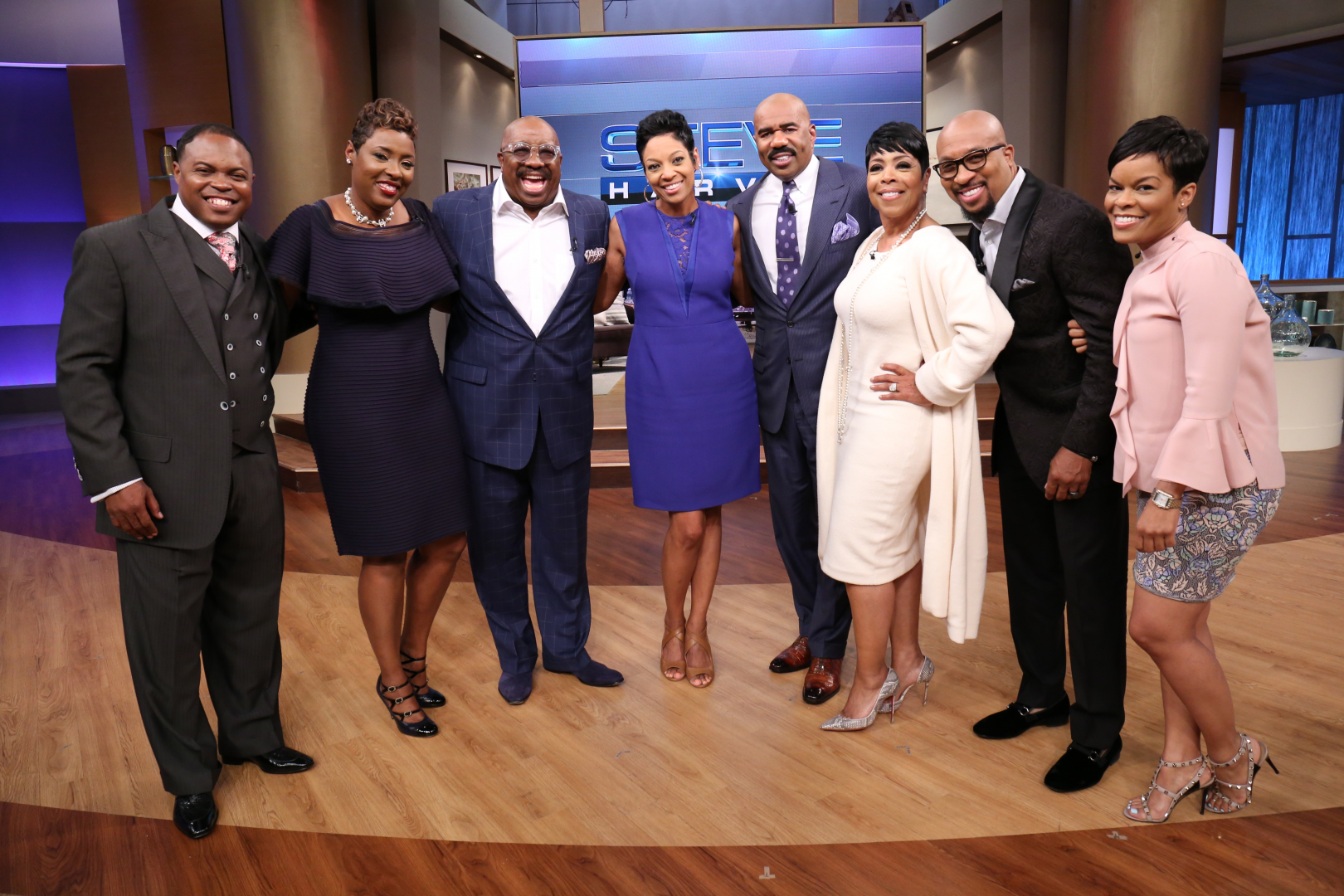 Steve Harvey has hosted the “The Steve Harvey Morning Show” on the radio for 10 years (6-10am ET on iHeart Radio). The syndicated show currently airs in 98 cities and brings in more than nine-million listeners on a weekly basis. On Tuesday, July 11, for the first time ever on the “Steve Harvey” talk show, […] AlwaysAList.com is reporting that veteran comic J. Anthony Brown has officially signed off the “Tom Joyner Morning Show.” Earlier this year in January, there were reports that Brown walked off the nationally syndicated program. He and the morning show crew, which includes “The Fly Jock” Tom Joyner and Sybil Wilkes have been working in tandem for two decades. […]

Rev. Al Sharpton has refused to duck despite having his perfectly coifed silver-and-black locks pelted relentlessly by a torrential downpour of insults after it was revealed he was an informant for the Federal Bureau of Investigation during the 1980s. Instead of leaning back from the fierce blowback from contemporaries and admirers about being a “snitch,” […]

Tom Joyner and Reach Media had a plethora of photographers on deck to capture the best happenings of the Tom Joyner Fantastic Voyage 2013. Despite this, however, there were instances, pictures and happenings that only fans and the celebrities themselves could capture a slice of and most of it was uploaded on Instagram and other […]

Celebrities on the Tom Joyner Cruise 2013

Many celebrities are repeat offenders on the Tom Joyner Fantastic Voyage — meaning they return year after year to immerse themselves in the same activities and events as the rest of the cruisers. They end up having such a good time that many of them, including comedienne and actress Kim Whitley, bring their relatives (Whitley […]

Snoop Dogg, Big Boi, Ludacris and Other Fun Celebrities to Hang Out With

The question I’m asked most about my job is who are the coolest celebrities I’ve ever interviewed. In a previous article, I named the celebrities who are most certainly not the nicest folks to approach in public or at events, which took some of the inquirers by surprise. This list includes those celebrities that you […]

Janet Jackson is in the best shape of her life or at least that’s what she recently claimed, thanks to Nutrisystem. But it hasn’t always been that way for the superstar. For decades, she’s struggled with body image issues and watched her frame shrink and balloon on camera. And in a recent interview, she says […]

Wells Fargo hosted the biggest party in Atlanta early Friday morning, January 20, 2012, in celebration of the release of the movie Red Tails. It was “Tom Joyner Morning Show’s” infamous Sky Show, a live party and concert that kicked off at 6 a.m. for listeners and longtime fans of the Fly Jock, and his […]

Atlanta rapper Shawty Lo found himself in serious trouble on Dec. 21 when it was reported that he had been hospitalized due to complications related to his diabetes. Though little information was released then about his condition, the rapper has now given fans an update on his health. “We appreciate the outpouring of concern and […]

COZUMEL, Mexico – Comedian George Wallace didn’t even wait to sit down on stage before he began performing invasive verbal surgery on counterpart J. Anthony Brown. Wallace’s laser dissection of Brown’s mother was so funny and profane that even Brown collapsed to the ground in a heap of uncontrollable laughter. The “Drunk Tank” on the […]

COZUMEL, Mexico – J. Anthony Brown, the architect of ultra popular “Light-Skin-Dark Skin” water gun fight on the Tom Joyner Fantastic Voyage, was armed with a water gun that looked more like a missile launcher. Tom Joyner, the leader of what they called the “light skinned” team and Brown’s foe, had what should have been classified […]

Everyone I’ve talked to while rolling on the Tom Joyner Fantastic Voyage calls the cruise the absolute, can’t miss, crème de la crème of African American experiences. They almost plead with listeners to add this cruise to their life’s bucket list — along with things like going to Africa or starting your own business — […]