Lamar Odom claps back over jokes about him doing crack 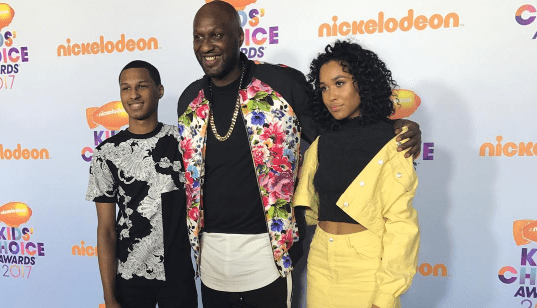 Lamar Odom isn’t here for slander. In a scathing letter directed at ESPN commentator Stephen A. Smith — who joked that Odom “was on crack” when he got signed to the New York Knicks in 2014, during a recent segment on “First Take” — the retired basketball player fired back for jokes made in poor […]

Lamar Odom’s daughter, Destiny, slammed her father’s marriage to ex-wife Khloe Kardashian in a recent interview. In a feature titled “Surviving a Father’s Addiction: Lamar Odom’s Family Speaks Out,” the 17-year-old tells People that a lot changed when the former NBA baller linked up with the reality star. “Things changed when my dad married Khloe. Things […] In a new interview on “The Doctors,” Lamar Odom opens up about the events leading up to his brush with death. On Friday, Dec. 16, the popular wellness program aired a snippet of an upcoming episode featuring the former Los Angeles Laker, 37, as he discussed his mentality the night he went to a Nevada […] Lamar Odom has been fighting for his life in a hospital bed ever since he was found unconscious in Dennis Hoff’s Love Ranch South in Pahrump, Nevada, this Tuesday from what allegedly may have been a drug overdose. And while many assumed that it would be Odom’s next of kin who would be handling the […]