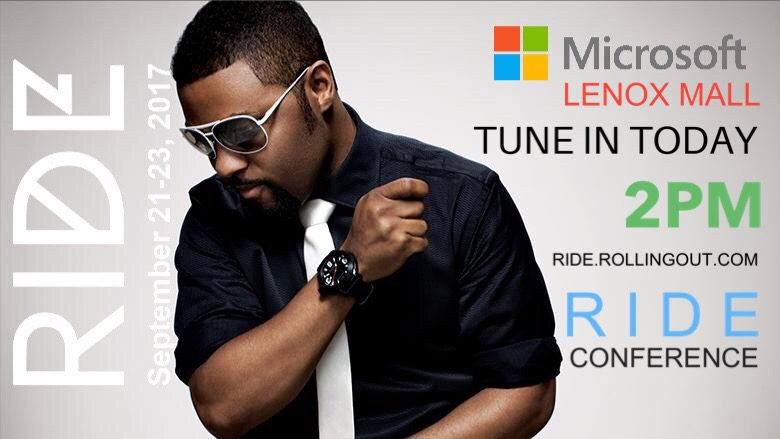 Rolling out, the premier multimedia company targeting the multicultural trendsetter, will host a digital press conference at 3:10 p.m. EST on Thursday, Sept. 21 to announce the kick off of the inaugural RIDE conference. The press conference will feature award-winning artist Musiq Soulchild and rolling out publisher.,  Munson Steed, along with Microsoft community development specialist Jerome Monroe, to […]

Musiq Soulchild talks ‘Life On Earth’ at The Experience Musiq Soulchild was in Chicago recently for Dedry Jones’ event, The Experience, to promote his most recent release Life On Earth at The DuSable Museum of African American History on the South Side of Chicago. Cars were lined up for blocks signaling an event where every single seat in the house was sold. It has been […]

Happy 37th birthday Musiq Soulchild! R&B singer who has been nominated for several Grammy Awards, who is very popular for his hit singles “Just Friends (Sunny)” and “Love.” Professionally, Musiq started singing when he was 17-years-old. Throughout his career, he has collaborated with greats like Mary J. Blige on the song “IfULeave” and with Syleena Johnson […]

Cannon Kent keeps her eyes on the prize. And by that we mean selling records. The southeast promotions manager for Atlantic Records has marketed some of the industry’s finest artists like Flo-Rida, T.I., Trey Songz, Lupe Fiasco and many more. “In my position, I promote artists on the label’s urban side. I am currently working […]

The lovely weather continued in Miami, and patrons were excited about day two of the Jazz in the Gardens music festival. Newcomer Sy Smith kicked things off and got the crowd ready for a day and evening of incredible music. New Orleans native and jazz legend Branford Marsalis hit the stage with his intriguing brand […]

On Friday, April 1, scores of  industry people gathered at Maggiano’s Restaurant in Buckhead for an afternoon lunch to hear the sweet sounds of Musiq Soulchild’s upcoming album, MusiqintheMagiq, which hits stores May 3, 2011. We had a three-course lunch that included salad, stuffed mushrooms, Mom’s meat lasagna with meat sauce, chicken and spinach manicotti […]