Prince Harry and Meghan Markle’s wedding to have ‘classic’ menu 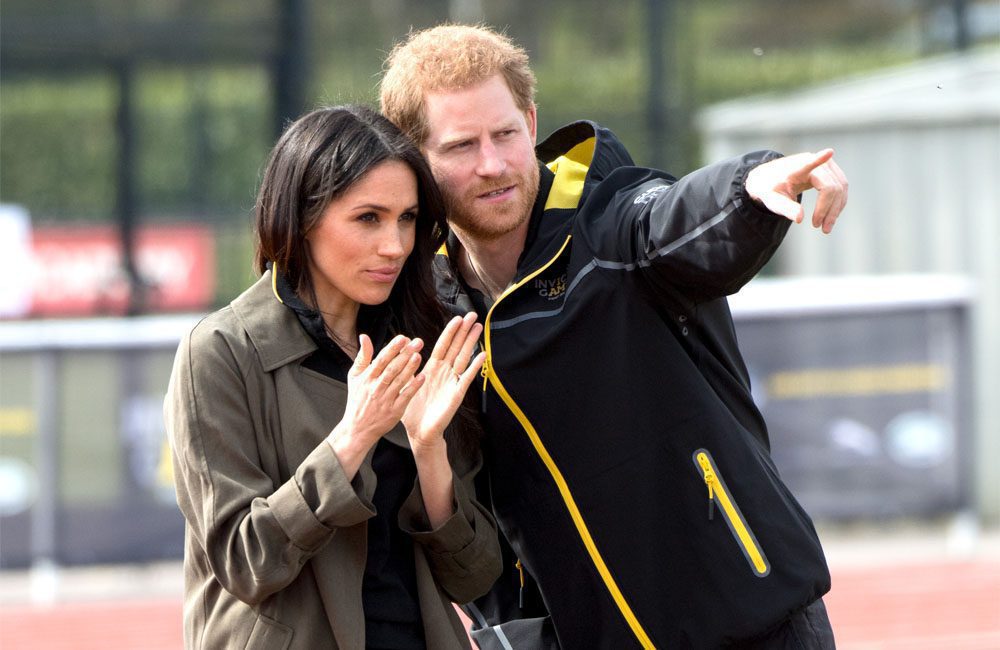 Royal chef Mark Flanagan has revealed that Prince Harry and Meghan Markle and their wedding guests will eat a “traditional” menu which is packed with seasonal vegetables sourced from Queen Elizabeth’s estates. Prince William and Meghan Markle will serve guests a “classic” menu at their wedding which is packed with “local seasonal produce” sourced from […]

Blue Ivy and other left-handed celebrities

From politicians to royalty to athletes to musicians/actors, some of the world’s most famous faces are left-handed. Joining the growing ranks of these famous names, is none other than Jay Z and Beyoncé’s beautiful little tot, Blue Ivy. Recently, the two-year-old, dressed in an adorable off white tutu dress, was captured at Michelle Obama’s 50th […]

While lots of celebrities are either aging gracefully of paying big bucks for plastic surgery, these celebs have aging quite quickly … and not so gracefully. You won’t find any black celebs on this list, as the saying goes ‘black don’t crack’ but check out which celebs may want to consider a few BOTOX® treatments […]

Royal baby name The name of the royal baby has been revealed. The Duchess and Duke of Cambridge have dubbed their infant Prince George Alexander Louis. George was a top contender for baby names amongst fans. Many guessed the tiny tot would be named George Philip Arthur Charles. -danielle canada

The ‘Royal Baby’ has arrived. Just as expected the twitterverse is booming with reaction to William and Kate’s new prince. The couple left the hospital in royal fashion, Kate looking as elegant as ever as if she did not give birth less than 24 hours ago. Check out a few tweets from the royal baby’s […]

Celebs who don’t care about the royal baby

The heir to the British throne has finally arrived. Catherine Middleton, Duchess of Cambridge, gave birth to a baby boy not long ago, Buckingham Palace reported to the media and to the delirious delight of millions of Brits and admirers across the seven continents of the globe. Catherine “Kate” Middleton had gone into labor earlier […]

As a kingdom and world awaited news of a child who could one day ascend to the British throne, Catherine, the Duchess of Cambridge, was experiencing a normal labor Monday morning, Kensington Palace reported. The duchess and Prince William, the Duke of Cambridge, traveled by car from Kensington Palace to the Lindo Wing at St. […]

Gender will no longer be an issue for the baby of the Duke and Duchess of Cambridge under a new succession rule for the British monarchy.

Michael Jordan and the most over-the-top celebrity weddings

You could feed a small country with the amount that Michael Jordan paid for his wedding to Cuban-American model Yvette Prieto in Palm Beach, Fla. over the weekend. With the largest tent ever constructed for a wedding reception, Jordan spent $10 million of his personal fortune to do it up big (which is an understatement). Prieto […]

London (CNN) — An employee at the hospital that was duped by a prank call from two Australian radio DJs concerning Prince William’s pregnant wife, Catherine, has apparently committed suicide, the hospital confirmed Friday. The employee, a member of the nursing staff, “was recently the victim of a hoax call,” King Edward VII Hospital said in […]

Kate Middleton and Prince William will announce next month that they are going to be parents, the media reports. The British royal couple is sparking intense renewed speculation that Middleton, 30, is expecting. And a friend of Middleton is ready to share the “wonderful, happy news next month,” according to Jessica Jay in her interview […]

The Most Expensive Celebrity Weddings Ever

Weddings are often the most special times in the participants’ lives. It’s one of the few times where regular citizens feel it’s time to ball out with pomp and circumstance. And if you are a celebrity, businessinsider.com, says they take the concept to another level. The following, says forbes.com, are the most expensive weddings ever […]

The royals are on the Diamond Jubilee tour.