JB Smoove isn’t down with the sexy, naked pics of other women 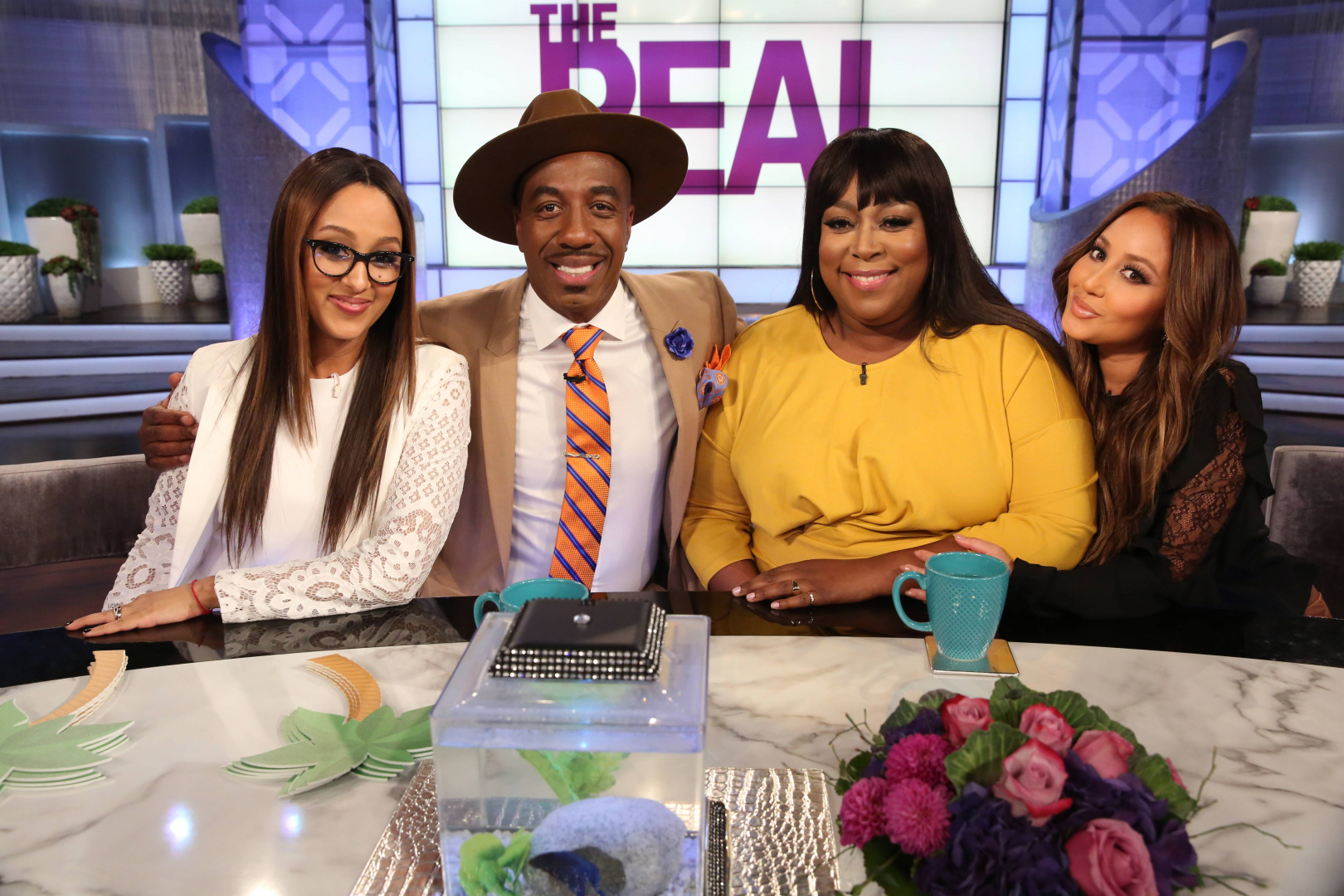 [jwplatform 7F1F2GGr] On Monday, Feb. 13, “The Real” welcomes guest co-host actor-comedian JB Smoove. The hosts debate what words they would like added to the dictionary, and then they discuss whether they’ve ever shared a scandalous photo of a significant other. Here’s how the conversation goes. Loni Love: You be [sic] sending out pics? JB, you send […]

Hip-hop superstar Nicki Minaj is enjoying her time vacationing in Mexico. The First Lady of Young Money shared some more sexy images on Instagrams of her on the beach in a bikini.

XXL crowned Tokyo Yen, the sexy vixen in Kendrick Lamar’s “Backseat Freestyle” video “Eye Candy of the Year.”  She chose to celebrate by hosting a party in Hollywood at Dream At Tru. The Game, Wiz Khalifa, Ty Dolla $ign, Kid Red, Khloe Kardashian and more came out to show their support. Eric Bellinger performed during the night as well. Check out the […]

Happy birthday LL Cool J! James Todd Smith, known to us as LL Cool J, rap superstar whose debut album, “Radio”, went platinum in 1985. He was raised by Ondrea and James Smith in Bay Shore, New York. He released the singles, “I Need Love,” “Around the Way Girl,” and “Hey Lover” and appeared on the TV show “In […]

Happy birthday Orlando Bloom! Bloom, won a Screen Actors Guild Award for Outstanding Performance by a Cast in a Motion Picture in 2003 for his role in “Lord of the Rings”. He played an elf prince in “The Lord of the Rings” and Will Turner in “The Pirates of the Caribbean” films, and was named a UNICEF […]

Happy birthday Patrick Dempsey! Dempsey, has been making women swoon since his starring role in “Money Can’t Buy you Love” in 1987. Receiving huge popularity as Dr. McDreamy on “Grey’s Anatomy” with co-star Ellen Pompeo and was nominated for a MTV Movie Award for Best Kiss for his role as Robert in 2007’s “Enchanted”. He was diagnosed with Dyslexia at age 12, so he had to memorize […]

To land a cover with Complex magazine you have to be more than just talented, you have to have a certain sex appeal. Check out Nicki Minaj, Cassie and 12 more sexy vixens who landed covers and gave us all something to talk about. –joi pearson @joiapearson

Happy 40th Birthday Omari Hardwick! Hardwick, actor who played a role on the TV series, “Saved”. He has participated in National Slam Poetry from 2003-2004. He played football when he was younger and grew up in Georgia with his family. Hardwick has a role on BET’s “Being May Jane” with Gabrielle Union. Check out more sexy pics of Omari Hardwick below. –Joi […]

KING magazine takes pride in featuring the sexiest ladies in the industry — like Lola Monroe, Karrine Stephens, Stacey Dash and more. Check out these ladies and more who’ve taken sexy magazine covers to a whole different level. Do you think the covers are too sexy? –joi pearson @joiapearson

Happy Birthday R Kelly! Born Robert Sylvester Kelly, also known as the King of R&B, was born in Chicago, IL and started as an entertainer in the late 80’s. He married to Aaliyah on August 30, 1994, and after their annulment on February 7, 1995, he married Andrea Kelly in 1996 and divorced after 13 years […]

KING magazine ’The Illest Mens Magazine Ever’ has gorgeous R&B ladies like Janet Jackson, LeToya Luckett and more to grace their cover which means its not just a beautiful voice they are looking for. Check out these ladies sexy magazine covers in the gallery. –Joi Pearson @joiapearson

KING magazine ’The Illest Mens Magazine Ever’ features ladies who are milking their 15 mins from the hottest reality shows on TV right now and why not. They might have more going on than just being reality stars but “Love and Hip Hop New York”, “Basketball Wives” and other shows is why we see them weekly. Check out Brooke Bailey, […]

Ladies who have posed for ‘King’ magazine twice

KING magazine ‘The Illest Mens Magazine Ever’ features ladies in the entertainment industry like Trina, Meagan Goode and more. Check out these ladies and more that have graced the magazine cover more than once. –Joi Pearson @joiapearson

Happy 36th birthday, Laila Ali! The daughter of boxing great Muhammad Ali also became a prizefighter. Her father did not want her to pursue boxing because of the sport’s danger, but she refused to listen. She is the youngest girl of her father’s nine children. She gave birth to her daughter, Sydney J. Conway, in April 2011. […]

Happy 28th birthday Natalie Nunn! One of most popular housemates on the fourth season of Oxygen’s “Bad Girls Club” returned in following seasons and other shows on the Oxygen network. Her wedding to Jacob Pyne of the Arizona Rattlers arena football team was, naturally enough, broadcast on reality TV, and she also got a gig hosting events on […]

Happy 22nd birthday, Teyana Taylor! The singer and actress who released her debut album From a Planet Called Harlem in 2008 on Kanye West’s G.O.O.D. Music label in 2012, Taylor collaborated with West on his song “Dark Fantasy.” She grew up in Harlem, where she started performing when she was four and appeared in the film Madea’s Big Happy Family, starring Tyler Perry.  Taylor was recently dropped […]