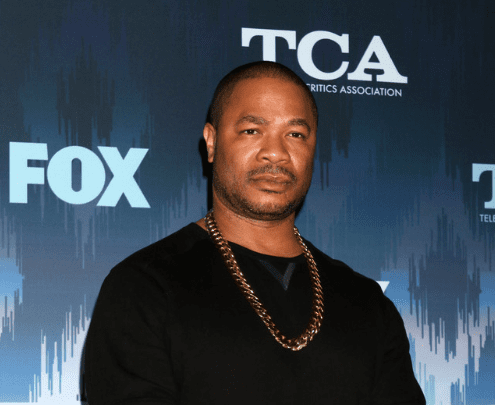 Rap star and entrepreneur Xzibit is the latest Black entertainer to face accusations of racism against Asian Americans over the name of his weed business, Napalm Cannabis Co., in Los Angeles. Napalm is a chemical agent that was employed against the Japanese people during World War II and used in firebombs and flamethrowers during the […]

During the mid-2000’s MTV’s “Pimp My Ride” was one of the most fascinating shows on TV. Each week viewers were dazzled by the improvements and flashy accessories added to raggedy rides by the crew at West Coast Customs as host, Xzibit, would get the touching backstory of the lucky recipient of the custom remodeling. In a […]

Xzibit, whose real name is Alvin Nathaniel Joiner, was arrested Saturday, Nov. 29, just hours following his wedding reception. Late Saturday night, Joiner was reportedly on the outskirts of Laguna Beach, California, when he was pulled over and popped for a DUI. TMZ reports … “Xzibit tied the knot Saturday night near Laguna Beach, CA. […]

5 things to know about Eve’s husband

Rapper and actress Eve has been all smiles since marrying her millionaire beau, Maximillion Cooper, this past June. For many, the budding courtship flew under the radar for quite some time and a lot of her fans are still scratching their head as to who this guy is. Hit the flip to find out 5 […]

BET Honors will honor Ice Cube this year and it is a well-deserved distinction. The West Coast native has had a distinguished 25-year musical career and has also seen much success in the acting world. With such a lengthy and impressive career, it’s no wonder that Cube has influenced younger artists. Let’s take a peek at who […]

Game gets tattoos in honor of Left Eye, Aaliyah

Earlier this month, Game immortalized his love for Compton when he got the city’s name inked across his stomach. Now, the rapper has moved on from cities to fallen stars, as he recently got an image of late TLC star Lisa “Left Eye” Lopes tatted on his body. Over the weekend, Game posted an Instagram […]

After much hype and controversy, the 2012 BET Hip Hop Awards finally premiered on Tuesday, Oct. 9. And as always, The Cyphers were the highlights of the show as legends like; Snoop Lion, DMX and Eve, hit the mic with newcomers like Kendrick Lamar, Childish Gambino and A$AP Rocky. All of the Cyphers boasted some […]

Kanye vs. Jay-Z: Who Owns the 10 Most Expensive Cars in Hip-Hop?

Who owns the most expensive ride in Hip-Hop?

Chris Brown and Justin Bieber should take note: Xzibit says the Web game of planking, where celebrities and everyday folks upload photos of themselves lying face down in unusual places, has origins in the slave trade, specifically, how Africans were positioned on the slave boats. Chris Brown, Justin Bieber, Kings of Leon and Katy Perry […]