Bradley Davis, better known as “DJ B-Do,” has produced music for nearly all of Houston’s hip-hop elite. His group, Da Underdawgz, formed by Pimp C of UGK, is now ready to release their debut project. The street album, appropriately titled The First One Is For Pimp, is in honor of his late mentor and a dedication to having been under his wing.

B-Do made his way into the Houston music scene from Port Arthur, Texas, and continued to flourish in the industry, much like Pimp C. His first major placement was on UGK’s 2007 classic double-disc album Underground Kingz. He is currently signed to Bug Music of Los Angeles.

His work has been heavily influenced by UGK, but also artists such as Scarface, OutKast, DJ Quik, 3-6 Mafia, Dr. Dre and Mike Dean. “I grew up as a kid listening to them in my walkman and been playing instruments since I was a kid, so it’s in me,” Davis said.

Brad Piff, a nickname jokingly used when the white-cup connoisseur gets into an artistic zone, allows the music to come to him when he’s inspired. “Depending on the vibe I’m feeling whenever I’m in the session, I feel I’m most creative between 2 and 5 a.m.,” Davis explained.

Upon Pimp C’s release from prison, the very first song B-Do did with him was included on his final project. “We worked side by side until the day he passed,” Davis said.

Pimp C’s involvement was significant because he had a keen understanding of what the album was meant to sound like. “I’m glad most of the records came out how they were supposed to, and it meant a lot being part of the final process of the Naked Soul project,” Davis shared.

Pimp C played a key role in Davis’ career and offered him valuable knowledge about the game, preparing him for the future. “I’m blessed to have had someone like him to sit me down and let me know the real from the fake,” Davis said. He saved me from a lot of lessons that he had to pay for. I owe him, and, for that, he lives through my music.”

With the hard work poured into The First One is For Pimp, hopefully Pimp’s protégé will make him proud. –callye peyrovi 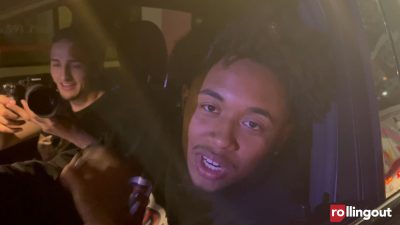