Oklahoma State’s  Marcus Smart, 20, will miss the next three games of his college career for defending himself after a white fan allegedly called him the  N-word.

During the waning moments of a game at Texas Tech, the white fan (Jeff Orr), apparently yelled the expletive at Smart as he crashed to floor after being fouled by a Texas Tech player. Smart rushed Orr and shoved him. He was immediately pulled away by teammates and sent to the locker room.

Considering the circumstance, that should have been the only form of punishment that Smart endured. Orr admitted to saying something he should not have said in a leaked text. However, the Big 12 decided to suspend Smart for the next three games.

The suspension sends a troubling message about the ongoing racism that is perpetuated by the NCAA and its schools. However, it is a form of racism practiced for decades.

Like much of the nation before the 1970s, the NCAA’s racist antics were blaring. Most Division I schools would not accept black players or would limit the number of black athletes that were allowed to participate in sports. In turn, most of the nation’s top black athletes could only attend HBCU schools. However, once the top colleges figured that they could compete and earn more money by accepting black athletes; rules were changed, as it seemed.

While black athletes were allowed to flourish on the courts and fields, many were not given the same attention in the classroom. For years, graduation rates for black athletes at major NCAA schools were deplorable. It also appeared as if those major schools were only interested in black students if they could jump or run a football.

So when a white fan is allowed to call a black student athlete the N-word and the student is the one punished, it proves, again, that the NCAA continues to fail when it comes to racism. The message to Smart and every black college athlete is that they must be docile and accept racial harassment in 2014 or be severely punished.

However, would you expect more from an organization with schools that earn billions off the backs of black athletes, fails to graduate them and aren’t interested in accepting more black students who cannot rely on sports for success?

The NCAA has always struggled with how it handles racial issues. The suspension of Smart, and other factors, proves that little has changed at many major college campuses since the 1960s. 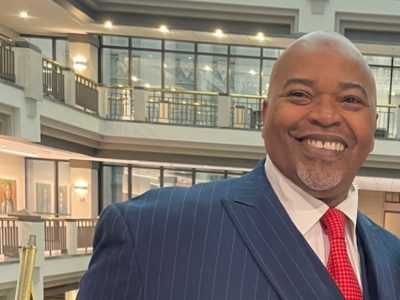