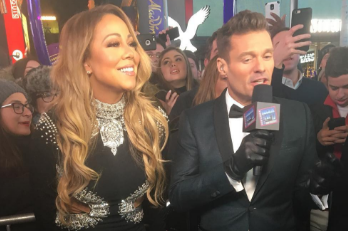 Looks like 2017 is off to a rough start and we’re less than 24 hours in. Pop sensation Mariah Carey’s NYC show at Dick Clark’s New Year’s Rockin’ Eve 2017 didn’t exactly go according to plan. During the live taping, the 46-year-old entertainer was caught lip-syncing to the classic record “Aude Lang Syne.” Adding fuel to the fire, her second track, “Emotion,” began playing and Mariah was not in the least bit prepared to sing a single note from the ballad. Attempting to save face, the diva began ranting on stage about being left in the dark on what songs she was set to perform.

“Well, Happy New Year! We can’t hear!” Mariah said while trying to figure out where in the song she was supposed to be during the disastrous performance. “We didn’t have a check for this song, so we’ll just say it went to number one… I’m going to say let the audience sing.”

“We didn’t have a soundcheck for this New Year’s, baby. That’s okay guys,” Mariah added. “Put these monitors on please! I’m trying to be a good sport here.”

Despite her frustration, her fans were standing out in the cold disgusted and some even took to Twitter to let her have it. Mariah continued the show, but from the look on her face she felt defeated by the vocal mishaps. After singing part of her smash hit “We Belong Together,” she eventually gave up and stormed off stage. 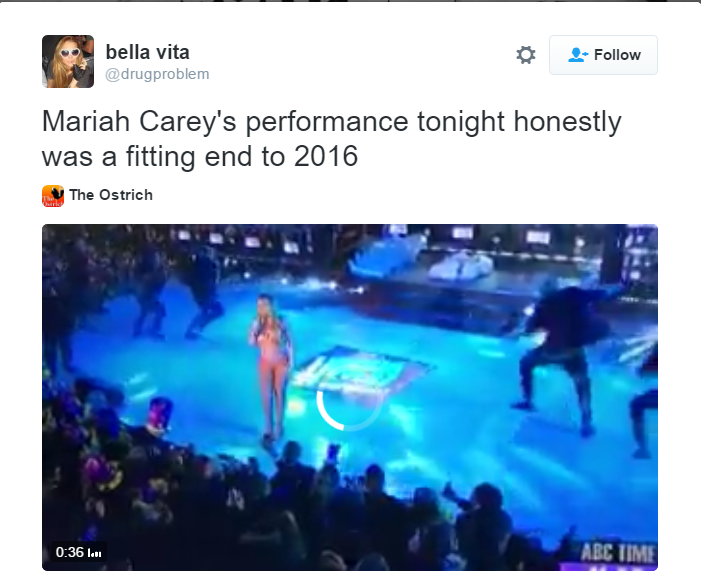