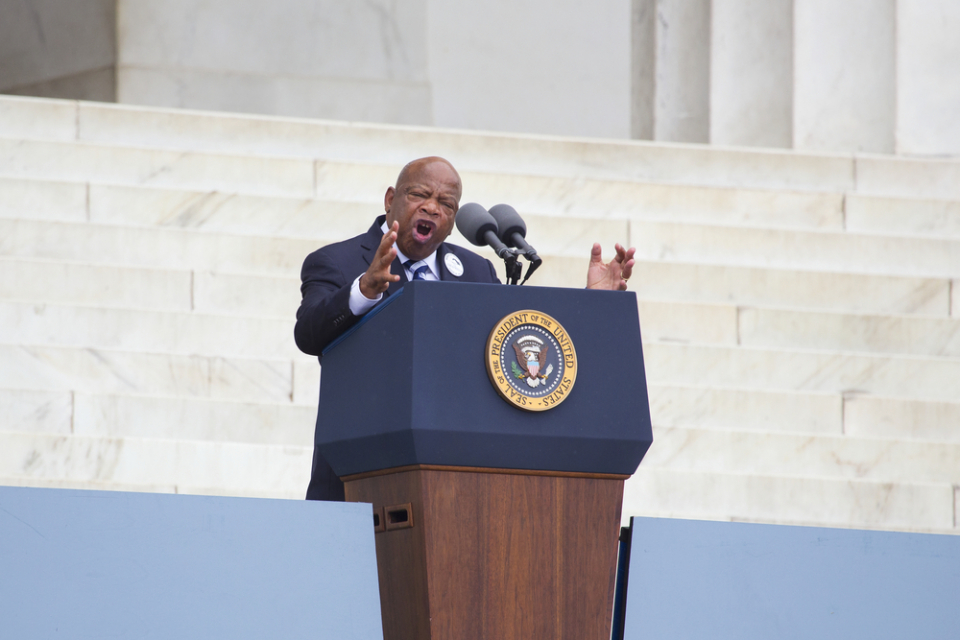 (definition “act right”: to put someone in check.)

What you ain’t gon’, won’t and can’t do is insult a living legend. President-elect Donald Trump played out of position when he insulted Georgia Congressman John Lewis and his sterling reputation.

Lewis shared that he would not be attending the inauguration for the 45th POTUS on Friday, January 20, 2017, the first time in his career he’s ever missed, and Trump took offense.

Lewis is a longtime and popular member of Congress. He said he wouldn’t attend Trump’s inauguration, and called the president-elect “illegitimate.”

“Congressman John Lewis should spend more time on fixing and helping his district, which is in horrible shape and falling apart (not to mention crime infested) rather than falsely complaining about the election results. All talk, talk, talk – no action or results. Sad,” Trump tweeted.

It’s hard to determine if this nation’s next commander-in-chief is sensitive or senseless. Following closed-door meetings with him, Steve Harvey, Don King, Ray Lewis and Jim Brown are impressed with Trump. And use their respective platforms to encourage us to do the same. 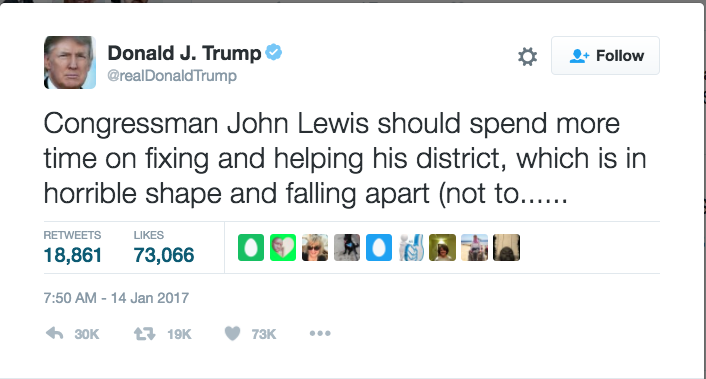 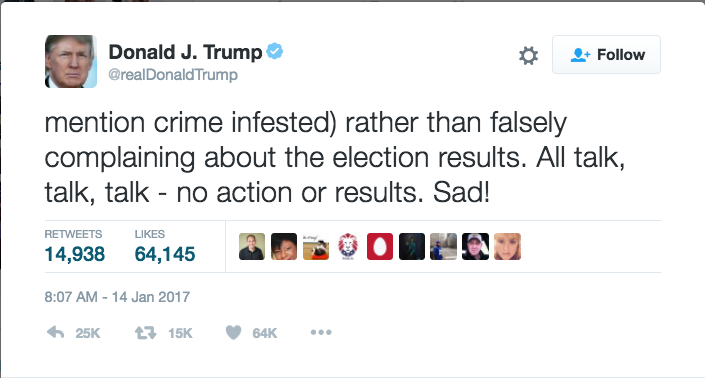 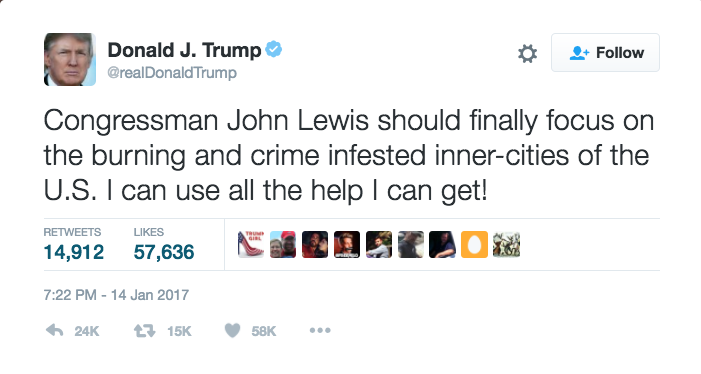 What Trump fails to realize is you have to choose your battles and battling a Civil Rights legend “ain’t what you want.” You can’t win against a man who has been arrested 45 times fighting injustice and you are a man who cashed in on privilege to avoid the Vietnam draft.

This is a fight that Lewis supporters didn’t take lying down. Across social media, Trump was dragged for putting his dukes up against Lewis and never against top Klansman David Duke.

Here’s how Twitter responded to Trump’s insulting and inflammatory remarks:

Ahead of #MLKday2017, let us remember that many have tried to silence @repjohnlewis over the years. All have failed.

John Lewis is the conscience of America. Donald Trump doesn’t have the moral stature to kiss John Lewis’s feet.

I Stand With John Lewis: There is nothing Trump loves more than ratings. Like John Lewis, I will boycott & not watch the #TrumpInauguration.