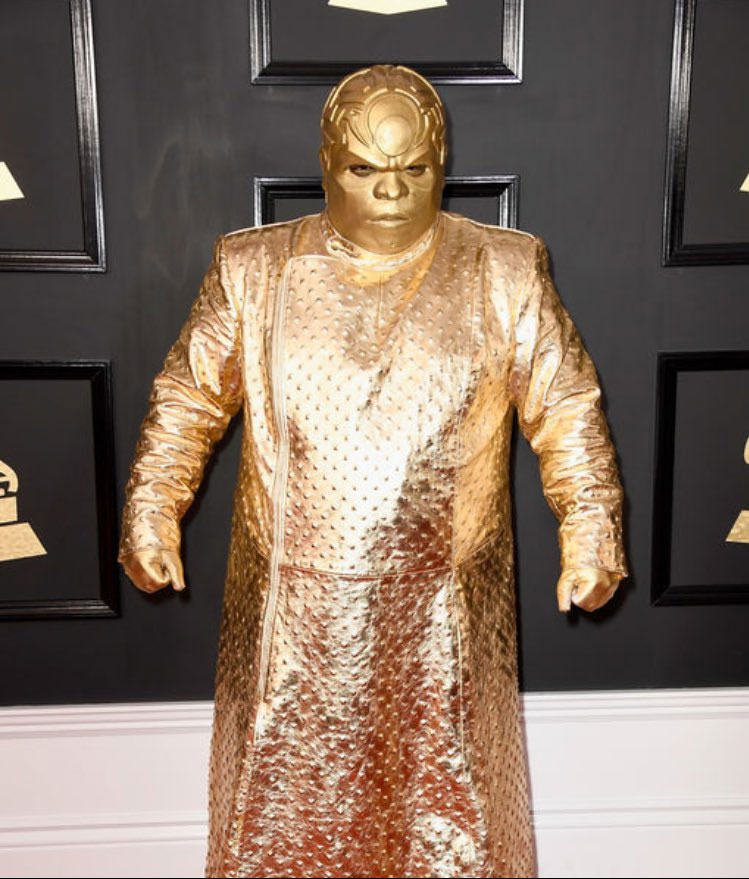 The Grammy Awards were full of fashion statements and rapper/singer CeeLo Green made a golden one. In his new persona as Gnarly Davidson for his upcoming album, he appeared in a golden costume complete with a robotic face mask, making him look like angry, gold Oompa-Loompa. But as rapper André 3000 said in 1996 when he took to the stage wearing a feather boa and blonde wig, “You have to be as outrageous as the music.” CeeLo started wearing a feather boa soon afterward on stage for a short time period. But his latest golden outfit had Twitter ablaze with the following comments: