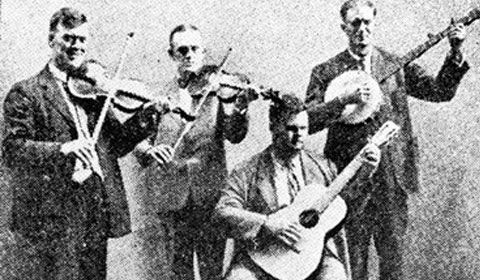 Music in all its vast range has touched on various social issues in popular culture. One such example is a song that can arguably be called the most popular racist song in record history. “Run, Nigger Run” and was recorded by The Skillet Lickers. At the time of the recording, the group was considered one of the most popular supergroups in early country music.

The song has an upbeat tempo and leads with the following lyrics:

“Run, Nigger Run” was recorded in 1927 and it remains part of the CBS record label catalog. The song has earlier versions that go back to at least 1851 and is surprisingly attributed to slaves. It is a plantation song about a slave running to another plantation to get married or to visit his woman. It is a warning song about evading the slave patrol, also called the “pat-trollers” or “patty-roller.” It was a song of encouragement to the slave running back to the plantation, despite the title of the song.

A later lyric stated: “Well Nigga Run and Nigga Flew/ What in the devil can a White man do”

The song was even heard in the movie 12 Years a Slave, but not as a song of rebellion, rather one to taunt the main character, Solomon Northrup.

“Run, Nigger Run” can be heard after the jump.