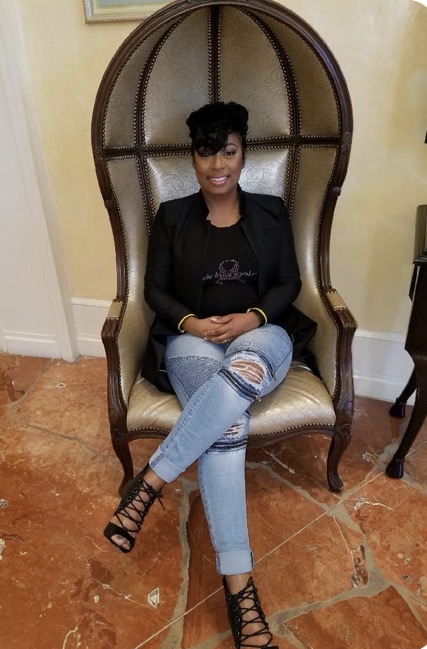 It’s surprising for many to discover that a cancer diagnosis is often the nail in the coffin for many marriages. Therapists have several theories on why this particular disease is responsible for dismantling so many unions, but it mostly boils down to couples having differing ways of dealing with trauma and pain. Cancer survivor Chantelle Nickson Clark can relate to what so many other cancer patients and survivors have gone through in terms of experiencing an initial disconnect from their spouse. However, unlike many, Chantelle and her husband were able to salvage the relationship and be a support to each other before things were past the point of no return. As a result, Chantelle was able to save her marriage and feels it is her life’s passion to help other couple’s struggling save theirs before it’s too late.

I asked Chantelle what the initial reaction was when she was diagnosed with breast cancer. ” It actually separated us. During my diagnosis, we would argue and became very distant. I  was so upset and angry with my husband and vice versa. He would disappear while I was receiving chemotherapy, drop me off while getting injections, etc …  We would repeatedly argue. It was one pivotal moment that I realized he was diagnosed, as well. Not physically, but mentally. It was then that I recognized that men are fixers. Men are providers. Men are taught to be the head of the house. I immediately was able to see that he was hurting because he couldn’t help me — his wife. The mother of his child. This was a battle I must physically endure. It was painful for him to watch me go through so much pain, dealing with the physical appearance/transformation, and sickness,” she explained.

Being able to get to the root of why her husband was distant proved pivotal in Chantelle’s relationship. Unlike many other cancer patients, Chantelle was able to turn the energy around and the situation made her marriage even stronger. “Our love for each other never changed, but now we have a new understanding and new meaning of life. I don’t think many people realize exactly what those vows mean when they make a commitment to love each other through sickness and health,” she said.

Chantelle enjoys talking to new couples and hopes to even be a support system for other couples going through a cancer diagnosis. Her tips are simple: “The most important thing I can suggest is a lot of prayer. Prayer is the foundation of any marriage. Communication is key. Love conquers all. Don’t sweat the small things.”