Urban Fêtes brings fun back to nightlife with the Silent Party 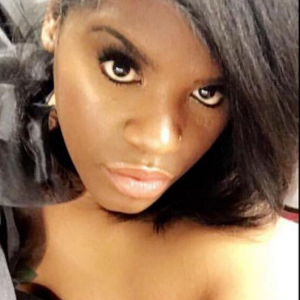 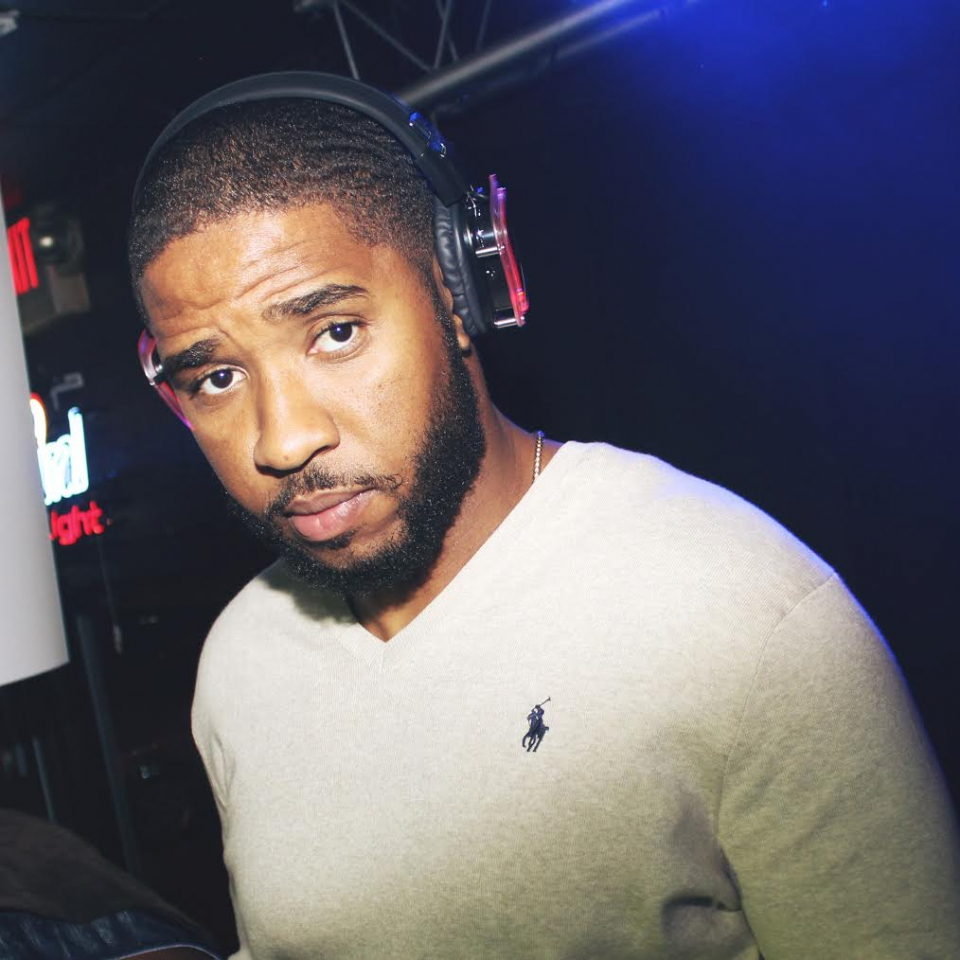 Michael Jordan once said, “Some people want it to happen, some wish it would happen, others make it happen.” Shannon Waldron, founder of Urban Fêtes and marketing extraordinaire, unequivocally falls within that last category. By now, you’ve either heard of or personally experienced the new phenomenon known as the Silent Party that’s sweeping the nation. Originally met with scrutiny for this revamped party concept, Shannon’s belief in his vision and product compelled him to forge ahead until he created a wave; a wave that has crashed into multiple cities and even inspired a scene on BET’s “Being Mary Jane.”

Rolling out had the chance to speak to Shannon about the Silent Party that has ironically been making a lot of noise.

What’s the meaning of Urban Fêtes and where did it originate?

I studied abroad in London around 2011 and it was a festival I attended that gave me the inspiration. Fêtes is a French-derived word that means festival. When I finished school and started to do promotions on my own, I incorporated it.

How did Urban Fêtes get its start in the promotion business?

I’d finished school at SIU and wasn’t ready to start working. I took my graduation money and did some traveling; that’s when I landed in London. When it was time for me to return, I knew I had to find a job. At the same time, I wanted to create my own wave. I was into the nightlife, so I began throwing my own small gatherings. I started with the Mix and Mingles. In my eyes, those little Mix and Mingle events were just as hot as the silent parties. I had all of my young professional friends and recent graduates coming out on a Thursday each month. We’d get dressed up and kick it. It was nice.

How have you been able to capture the young, professional millennials in a city where you never know what kind of crowd will come out to support?

It started small with a concentrated group at the Mix and Mingles. From there, I built a database and retained those contacts. Newbies came into a demographic that was already formed; they either fit the bill or realized it wasn’t for them. Now the new folks that come in take on that young professional’s character. My events have a reputation of having a certain group of like-minded people. We just find each other and link up. 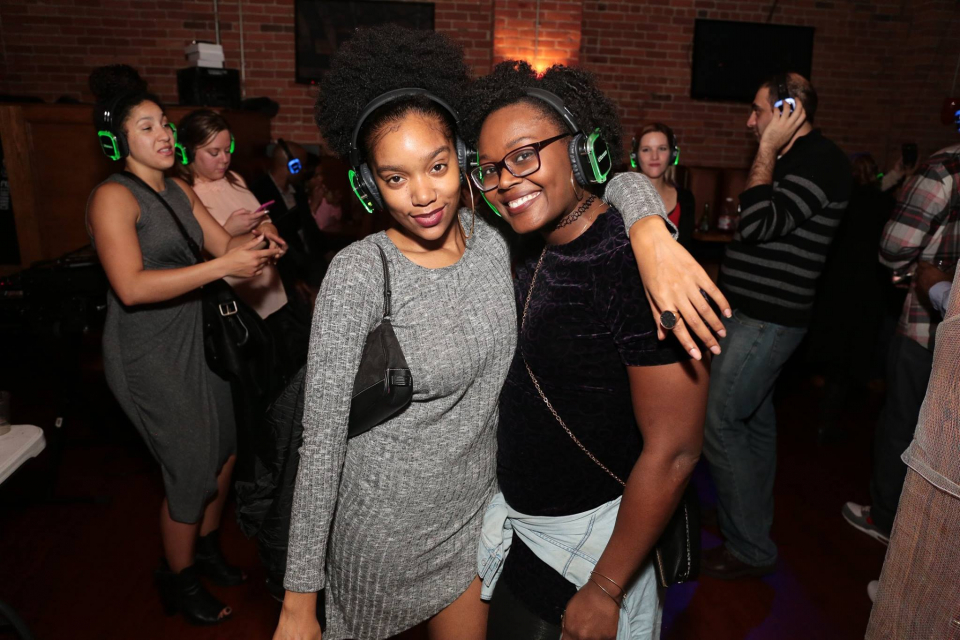 Where did the concept to revitalize the Silent Party movement stem from?

It started with me growing somewhat bored of the current nightlife.The crowd had changed and parties became stale and boring. No shade, but the crowd had grown very pretentious.  It was all about looking cool, being fly as hell, but not interacting or dancing. Everyone wanted to just sit in VIP and pop bottles.Now don’t get me wrong, I have a few celebratory moments where I might pop bottles, but this had become the norm of nightlife.Not to mention, we don’t really have many venue options to begin with.

I began looking for something that would break barriers to bring back the interaction and dancing. And to also have something that was fresh enough to allow me to explore new venues. The concept came to me from a friend and he explained how the silent party era had died down from where it initially started. He made the right connections and knew some manufacturers.  From there we revamped the silent disco party concept and equipment by coming up with this new product with multiple channels and headphones that lit up.

We had the product and equipment; the next thing was to explore it down new avenues and also bring the millennial and diverse demographic to the events. I happened to be the guy for the job because I’d already been doing it for years. I took the headphones on as a challenge and ran with it.

What was the initial reaction to the Silent Party?

I did my first Silent Party in Chicago and the initial response was “eh, this is corny.”  My rebuttal was but this party has three DJ’s and gives you three different options to choose music from. That alone gave me one up on the typical party because those three DJ’s were spinning R&B, Hip Hop, Top 40’s, you name it. What that did was bring in a diverse demographic because music is universal. I knew that as long as I was giving the universe musical options, I would draw people out. I then found myself taking on a new crowd. I still had my young black professionals but when I rolled out the Silent Party concept my crowd became really diverse because it attracted individuals from different demographics and other cultures.That was my ‘wow’ moment. I started seeing new faces and the dancing came back. Once people got a real feel for it and saw its potential and uniqueness, it spread from Chicago to Atlanta, to LA, then Greensboro, Charleston and even Detroit. 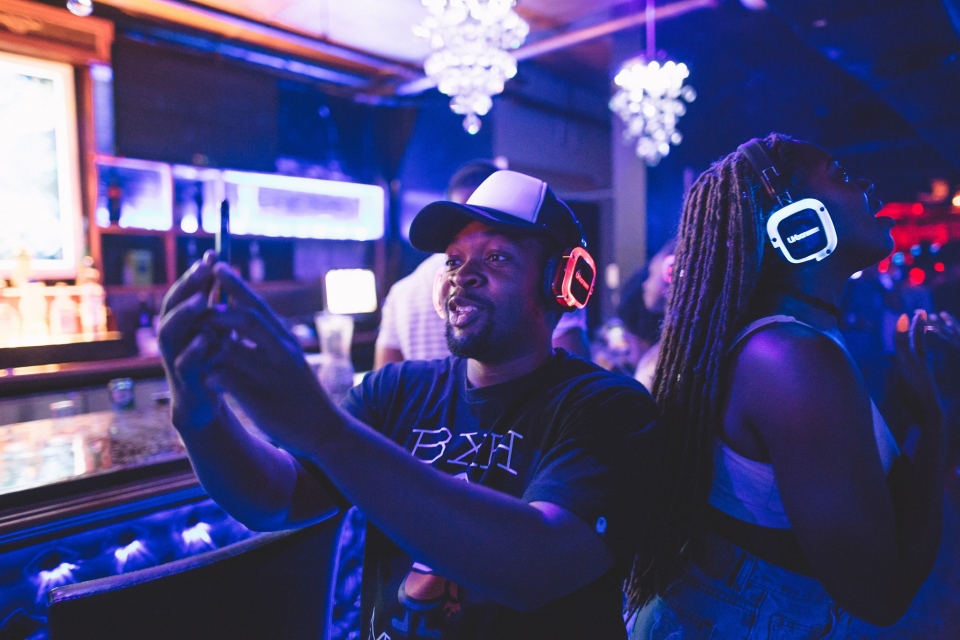 Traveling parties have become the new wave.  Most urban parties come through Chicago but now we can boast about one of the hottest parties starting here before venturing out.  Did you think the Silent Party would ever get to that level?

I did my research. I wouldn’t be where I’m at in this industry if I didn’t know what was going on. I did my research on the Grit’s n Biscuits, Trap Karaoke, HennyPoolza, and all those national lifestyle events that paved the way for the Silent Party. Yet, I’m finding myself in a position of doing them more frequently being the demand for the Silent Party and its uniqueness is higher. I’m doing monthly parties in Chicago, Atlanta and LA. Everyone wants that experience every month so I’m finding myself extremely busy.

Was Chicago a difficult market to start the Silent Party? Our demographic isn’t known for being able to keep a venue catering to us for long.

I don’t necessarily think it was hard in Chicago, mainly due to the fact I’d already built a reputation and had a database of over 20,000 Chicagoan contacts. And I think I spoke for a lot of millennials in Chicago when I said I’m not shy or quiet enough to tell folks when the industry was becoming stale. A lot of people respected it and felt the same way, and were more than willing to try this new concept. Just like it is with any market, once they try it out the conversion rate is very high. Getting them to try it out was the major challenge but even Chicago wasn’t that difficult because of my previous connections. I’m hosting 4 monthly silent parties alone in Chicago, so that tells you.

How important is the presence of social media in what you’re doing? I know word of mouth and networking played a large part for you, but how big was the role of social media?

It was definitely big. Social media is king. I would say it’s my driving force behind the success of the Silent Party. The database was built and I had a strong following on social media. I also had what I like to call a unique approach to digital media and marketing, and social media marketing. I implemented some of these strategies and got the right folks involved, did the whole hashtag optimization and it drove the parties. 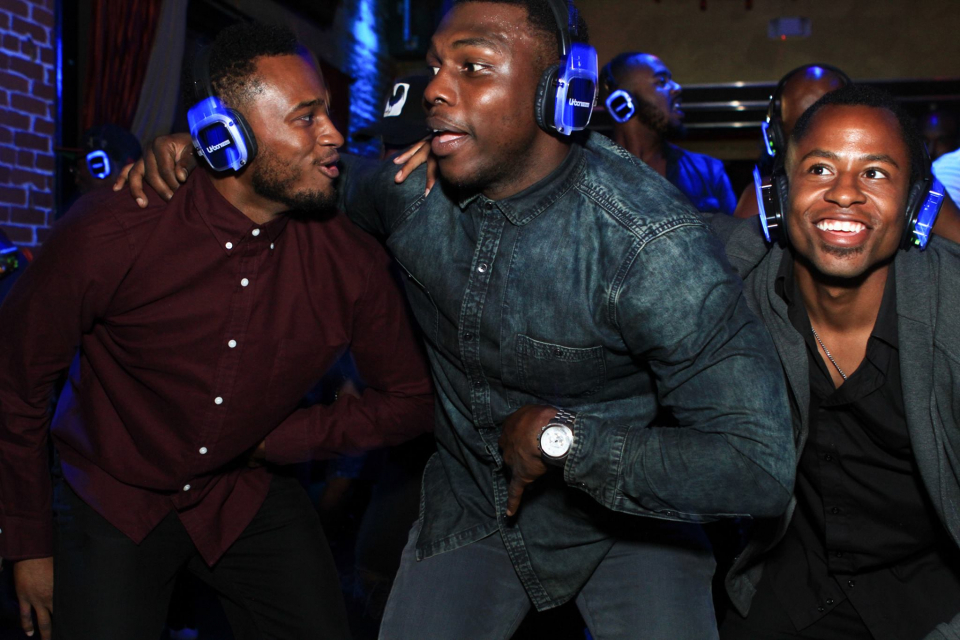 Can you describe the feel of one of your infamous Silent Parties?

When you put on these headphones you eliminate all distractions. The DJs are in total control. They say “put your hands up” and you hear them loud and clear even in a room of 500 people, so you’re going to put your hands up because you think they’re talking directly to you. And I truly believe it has to do with the headphones being on your ears, making you lose yourself within the party. I use this example a lot when I’m pitching to clubs; it’s almost like working out in the gym. Are you more zoned out when you’re listening to the music through the house system or when you have those headphones on? Most lose themselves a little bit it’s like when they slap those headphones on. It’s the same with the silent party; you put on the headphones and drop your cool. You might have had the idea that you were going to come in there and pop bottles and be cool, but you put those headphones and lose yourself.  You’re singing because you don’t think anyone can hear you. You’re dancing because everyone is on different channels listening to different songs, now your dancing doesn’t even look bad.

I walk around a lot without the headphones so I can hear everyone. And especially so I can hear the biggest guy in the room sing Beyonce’s “Sorry.”I live for those moments. It’s really an enjoyable time. Honestly, I’m just fortunate and very blessed to be a part of this and I don’t know what God or the world has in store for me with this concept but it’s all worth it.

Do you ever have that pressure of “what’s next?” because the Silent Party was such a beast and you have to think about what will top it?

I probably put more pressure on myself than anyone else ever would. I’ve made it according to my family and friends.They speak well on my accomplishments and speak well of what I’ve done, but there are some moments where I’m like, man, what am I doing to do next? I have to take this to the next level because that’s the goal that I set for myself. Everyone can think you’re doing great, but great isn’t good enough. I’d be lying if I didn’t say that when I sought out to be an influencer and event producer that I sought out to be an average or good one. With my whole history and background, and being the competitive person that I am, I sought out to be the best. I’ve always had high expectations for myself before I even started doing the Silent Party. Now that the Silent Party have gained national attention, I’ve already thought about what’s next and how I’m going to piggyback and parley off this. It brings some pressure but I think it drives me to work more. I’m driven by the challenge.

Where do you see yourself in five years?

I still see myself as an influencer and culture creator or pusher. And I may not know specifically what area but I definitely see myself still speaking for my demographic and the youth as well.  I have a lot of young guys that have gravitated towards me and I’m taking them under my wing and showing them the business side. My goal is to show them how to use their talent and platform to develop a business and create a wave. In 5 years I still see myself in that realm, somehow someway. But there’s no telling because maybe a larger corporation will come in and scoop me or I can continue to build my brand and ride it out until it becomes a big corporation. You know like when your idols become your rivals. Regardless, I have my head down and am constantly working and preparing for the moment. 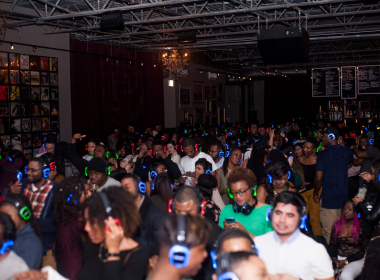 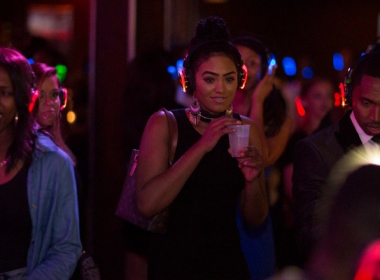 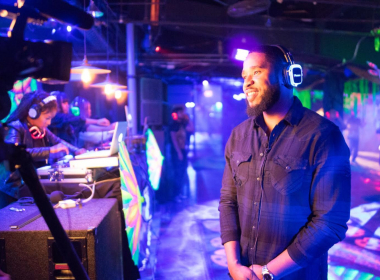 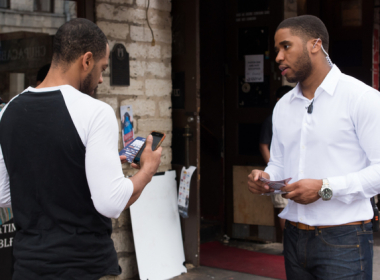 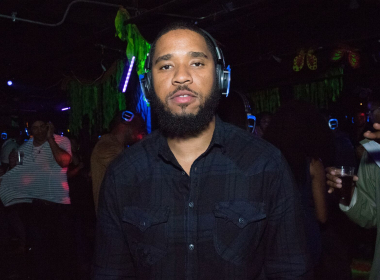 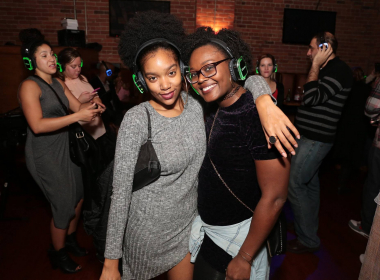 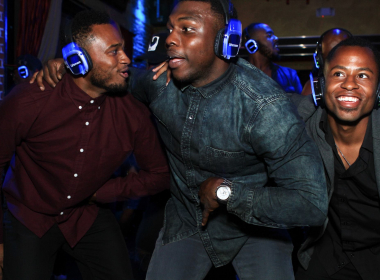 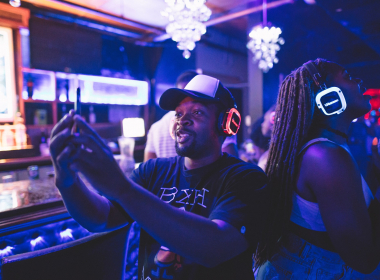 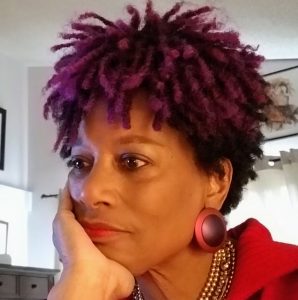 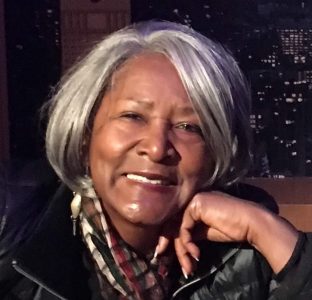 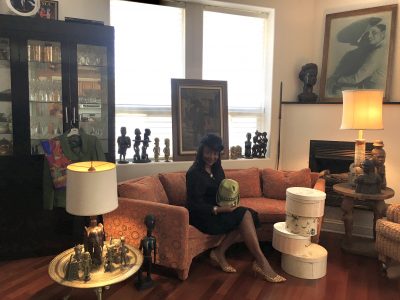 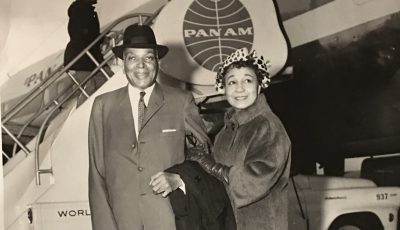 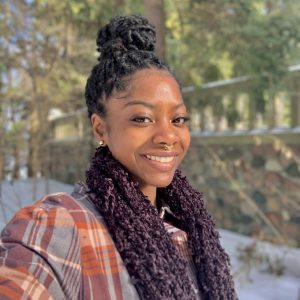 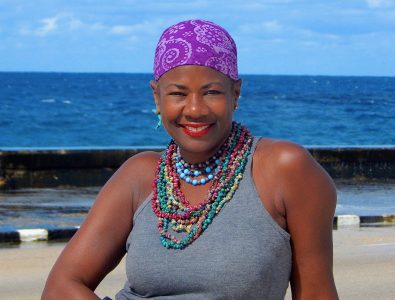 Charlene Uresy says art is in her DNA