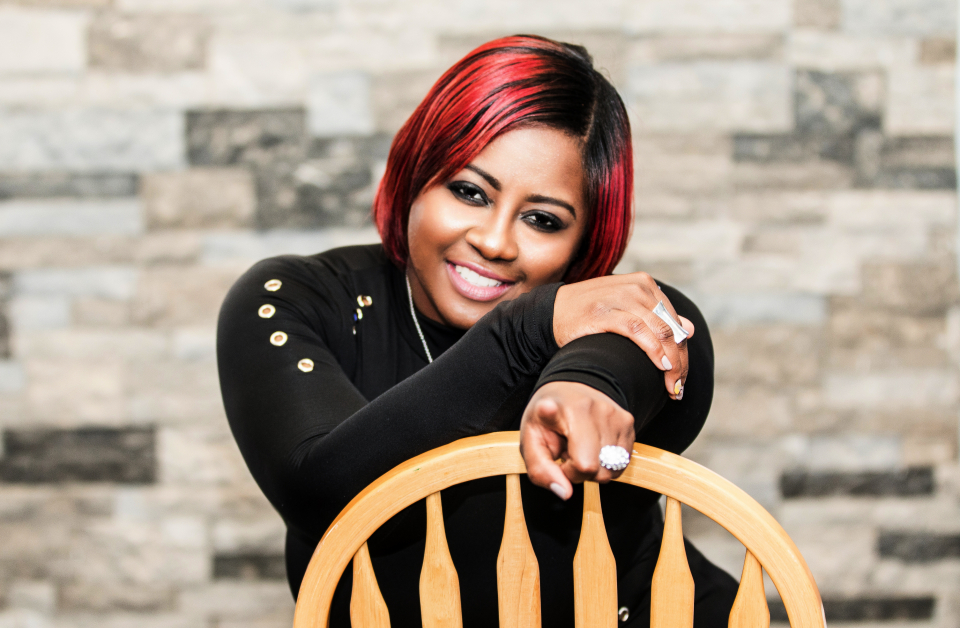 Douglas’ novel The Clover Chronicles: Battling Brelyn is the first in a new young adult series that can be described as Gossip Girl meets The Fault in Our Stars. Douglas was also positioned to write the book Before Empire: Raising Bryshere “Yazz The Greatest” Gray with Bryshere Gray’s mother Andria Mayberry. Gray is best-known for his role as Hakeem Lyon’s on Fox’s hit drama series “Empire.” The third book to be released on April 4 is a collaboration with Londell “Niko London” Smith of “Love & Hip Hop Atlanta” on his book S.E.A.L.: Sex, Entertainment and Lies.

Douglas is a phenomenal writer who has published five books in seven months, one of which was number one worldwide for two weeks on Amazon. In addition to writing novels, Douglas writes screenplays and runs a writing business in Philadelphia.

Rolling out sat down with this dynamic eight-time author to find out what makes her a female success factor. Read the exclusive interview below.

How does it feel to release three books in one day?

It feels great to be making history. I look up to so many authors and to think that my career is advancing so quickly and can be named among people who have already made history is humbling and rewarding. I’m also honored to do it with literature. So many people make history in sports or Hollywood, but to see it in literature is priceless.

How did you come up with the idea to publish three books in one day?

I actually didn’t come up with the idea to have three books come out on the same day. My novel was already submitted after my publisher, SD Green, signed me. Then, about a month later, he approached me about working with Nikko from Love & Hip Hop Atlanta, to help him tell his story. A few months after that, he asked me to help Andria Mayberry write her book about how she raised her son, Yazz from the hit show, Empire. Because of the way scheduling works and how bookstores order their books, my publisher decided that they all would come out on the first schedule of books, which was April 4th. It took several months to complete each collaboration, so because we worked hard, it just made it easier.

Tell us the premise for each book

Here is the premise for each book: 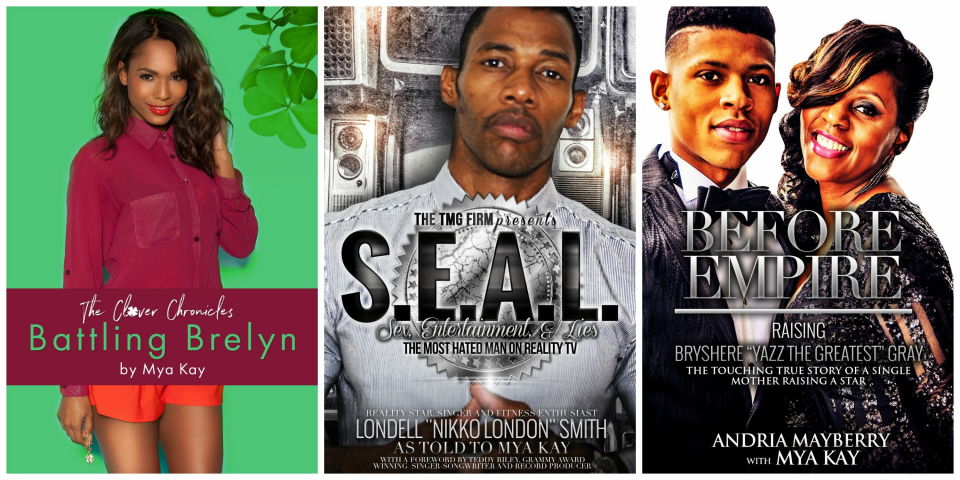 I’m inspired to create stories for people of color that truly captures their pain, joy and strength. I show up every day because I know there are children counting on me to tell their stories and give them a voice.

Describe the skill sets that will be essential to future writers.

The two skills every writer needs is a sense of humor and the ability to write through rejection.

How do you set goals and how do you evaluate your success?

I set three top goals every year. For example, this year my goals were to release the three books and make the New York Times Bestseller’s list with at least two; launch my lip gloss line on Black Friday and become a millionaire before the year is out. I measure the success of those goals by what I’m doing every day. For the books, it’s about writing, editing and making sure they are ready; getting reviews, doing interviews and making sure I’m promoting my behind off. For the lip gloss line, it’s about researching, finding the best manufacturer, setting up the logistics, etc. For the millionaire part, it’s all about making sure everyone is buying into these two streams of income I have set up – books and cosmetics. So, every day I do at least one thing toward each goal and that’s how I measure my success.

What are the three most important factors of being a successful woman?

Three most important factors of being a successful woman for me are:

What are the do’s and don’ts for young women in business?

Kandi Burruss hands down is my business crush. She literally worked her way from the bottom up. She learned how to create multiple streams of income, continues to grow her brand and she is frugal. She knows how to be smart with her money.

Karen Civil is my other business crush. I think she mastered the art of being a woman who works in the industry, but did it the right way. She carries herself with class and has mastered the digital stratosphere like a pro.

Yolanda Keels-Walker is a phenomenal businesswoman who started the Business Babes organization. I love how she started a business, got women from different industries and built a brand. They are killing the business world and continue to give back daily. She has helped plenty of women create six figure businesses and I love that she’s become like a big sister to me.

How do you successfully grow from business failure?

You have to fail. Don’t even think for a minute it won’t happen. To successfully grow from that, you need to take down notes on what happened and learn from it. You’ll always make mistakes in life, the objective is not to make the same mistakes twice. So, make sure you’re always keeping a journal of your process, your successes and failures. For writers, keep note of what agents, publishers or literary managers are looking for. Know what the industry wants and learn from what went wrong the last time you submitted to agents or publishers. And know that trends never end. They always come back around. Don’t ever throwaway a manuscript or movie script because it got rejected. You have no idea if it’ll get picked up next year.

To find out more information on Mya Douglas, please visit her website at  www.writermya.com.