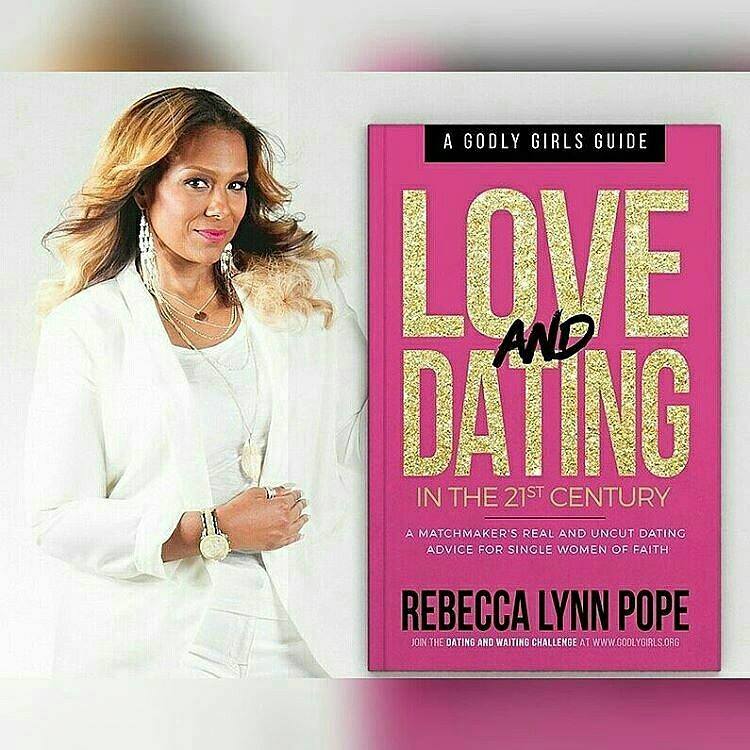 Author Rebecca Lynn Pope’s new book is Love and Dating in the 21st Century: A matchmaker’s real and uncut dating advice for single women of faith.

Pope has encouraging words for Christian women searching for the one. “I believe in an infinite God, so in him there are infinite possibilities,” Pope says. Instead of getting discouraged when a relationship doesn’t work or when a new prospect turns out to be another dud, Pope believes men and women alike should learn from the mistake and look at it as just another opportunity to learn more about themselves and hear what God is trying to tell them. “People are often disappointed when relationships end, but God is in all of the relationships leading up to the right one. Every relationship leads you to the right one. It’s all by divine appointment,” she says.

One of the biggest questions that comes up when referencing Christian dating is the idea of celibacy or abstinence until marriage. Pope says her book addresses dating from a Christian perspective but says the bible doesn’t address most of the topics in today’s dating culture. One thing she believes is clear is that regardless of religious background or belief, some things don’t make sense. “I believe sex has become too casual. My suggestion to women is that they wait until they are engaged or married to be intimate. If you meet 10 men, chances are 9 of them aren’t going to want to marry you or commit, regardless of if you have sex with them or not,” Pope explains. She believes that because many times women get emotionally connected once intimacy has taken place, it would make sense to wait until you are certain of that man’s intentions are toward you before being intimate.

“Women have to stop claiming to be celibate or abstinent if you haven’t truly committed to that,” Pope adds. For women attempting to abstain from physical intimacy, Pope gives several pitfalls to avoid, the first being the ever so popular “Netflix and chill” dating trend. “If you aren’t in a committed relationship a man shouldn’t be chilling at the house; instead, find things to do that force you both to get out of intimate environments and allow you to get to know one another,” she says.  Outings like going for ice cream, roller skating, picnics and going to  professional sporting events are examples of the kinds of dates Pope suggests if women are trying to build a foundation prior to being intimate.

Understanding that who you choose as your spouse is one of the most important decisions you will make in your life, Pope suggests involving God in the decision should make perfect sense.