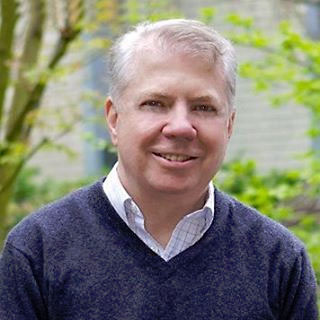 A shocking tale of pedophilia is emerging in Seattle, Washington. Mayor Ed Murray, 61, is accused of raping teenage boys since the 1980s. A lawsuit was filed this week against Murray where a victim stated that the mayor first sexually assaulted him when he was just 15 and a high school dropout. The man, now 46, claimed that the mayor paid him $10 to $20 for each encounter that went on several times as he struggled with a crack addiction.

The victim only identified by the initials D.H. in court filings stated to the Seattle Times, “I have been dealing with this for over 30 years,” and came forward recently as part of his healing process. But the allegations are not new against Mayor Murray. Two other men have also come forward with the same allegations and one even went to the police when he was a teen. The men, identified as Jeff Simpson and Lloyd Anderson, accused Murray of abusing them in the 1980s and paying them for sex and said they’d be willing to testify about it. Simpson, 49, said Murray — who he thought of as a father — raped him over several years, starting at age 13, and in later years, paid him.

‘I would really like for him to admit it and to take responsibility,” Simpson told media recently. In 1984, one of the victims talked to a social worker and to a detective about the abuse. At that time, charges of a felony third-degree sodomy charge developed but the prosecutors declined to bring the case forward. Because the assault occurred so long ago, all records from that era have more than likely been destroyed. Murray is running for re-election and his camp claims that the lawsuit is politically motivated.

Murray’s personal spokesman Jeff Reading stated, “These false accusations are intended to damage a prominent elected official who has been a defender of vulnerable populations for decades. It is not a coincidence that this shakedown effort comes within weeks of the campaign filing deadline. These unsubstantiated assertions, dating back three decades, are categorically false.”

Reading went on to say in a statement “The two older accusations were promoted by extreme right-wing anti-gay activists in the midst of the marriage equality campaign and were thoroughly investigated and dismissed by both law enforcement authorities and the media.”

The age of legal consent in Washington is 16; having sex with anyone younger is considered rape of a child under state law. The statute of limitations on any crime would have expired.