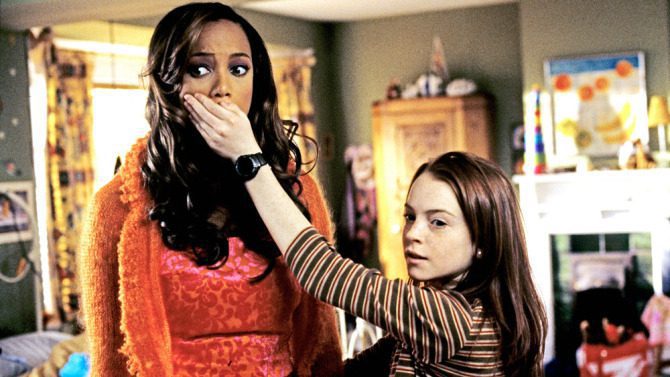 Tyra Banks continues to prove that 2017 is her year.

Just weeks after announcing she’s both returning to helm “America’s Next Top Model,” as well as take the reigns as host of another hit reality competition series, “America’s Got Talent,” the former supermodel, 43, has a movie in the works.

In case you missed it, nearly three years ago, Freeform, (formerly known as ABC Family) had revealed their plans to revisit Banks’ popular character Eve of the popular made-for-TV Disney Channel movie Life-Size.

“There is no one else that can play Eve but me, thank you very much! I’m just joking with you, but yes, I am going to be Eve,” Banks told Variety in 2015 of her desire to step back into the Barbie-like role.

“One thing is it’s a very precious project to the Disney Channel so they’ve been doing a lot of re-writes and making sure that this script is really right. I’m really excited about it. I think Life-Size is so popular that it can be a feature film because it has such a cult following, so I’m really interested to see what the ratings are going to do for that. I think it’s going to be a blockbuster on TV,” continued Banks.

Now, 17 years since Banks first starred as the larger-than-life doll, the network has dropped some good news. Life-Size 2 is a go. On Wednesday, April 19, during its upfront presentation in New York City, the cable television channel revealed that the sequel to the 2000 film will premiere in December of 2018 — only this time, as a holiday special.

In the original film, a young girl (played by Lindsay Lohan) brought her doll Eve to life after attempting to resurrect her mother with a magic spell. In Life-Size 2, Eve has grown up and is awoken to help a young woman learn to live and love again, and along the way, Eve herself will experience the ups and downs of real life in what Freeform is calling a fun, edgy, modern Christmas movie. No word yet on additional cast or whether Lohan will make a cameo appearance, but one can hope.