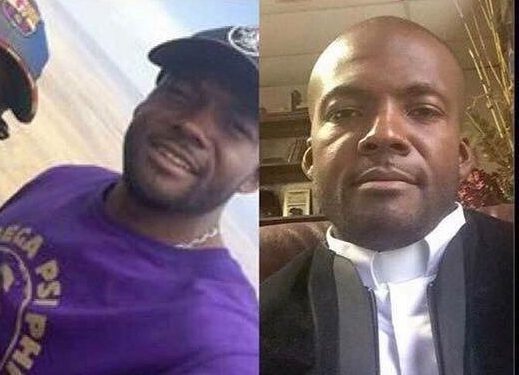 A sex scandal may have led to a massive brawl at the Greater Bellevue Baptist Church in Macon, Georgia. The church became divided over the leadership of Pastor David Stephens, who has led the church for several years.

The church meeting was held on Monday of this week and members gathered to take a vote on whether Stephens should be terminated from his position as pastor. The situation was so heated that the church administration asked Bibb County deputies to be present. Despite the presence of the police at the church meeting, members started yelling back and forth at each other and church officials. About 150 people were at the event when suddenly things turned violent. A witness stated that one man went to get the microphone and called out Stephens regarding an affair he had with a married church member. It was then that some are saying Stephens may have struck the man and started the fight.

Brawl BREAKS OUT At A Church Prayer Service , This Happened At The Greater Bellevue Baptist Church in Macon, GA!! pic.twitter.com/i2QEVJqGka

William McCray of obnoxioustelevision.com wrote that according to an anonymous source:

“The pastor is sleeping around on his wife and he was counseling this couple that was having problems in their marriage and he secretly was texting the lady, well the husband found out and took the wife’s phone and was texting the pastor like he was her and when the pastor showed up at the house The Man pulled out a gun on him… he really wasn’t an omega and the people came to the church one Sunday more and stripped him of all this that had to do with being an Omega! He also was getting gang members from fair street in Macon to come to the meeting last night to vote for him.. the fight broke out last night because somebody called the pastor out about sleeping around on his wife and the pastor came and attacked him.. the pastor and the First Lady are living together but not together and the pastor is seeing someone else.”

Police announced no arrests were made and no one wanted to press any charges at the time. In addition, it has now been alleged that Stephens was perpetrating being a member of Omega Psi Phi Fraternity Incorporated. 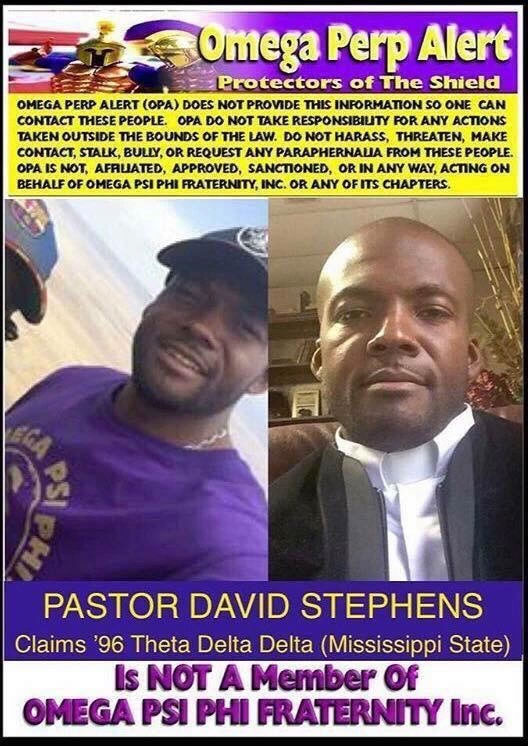